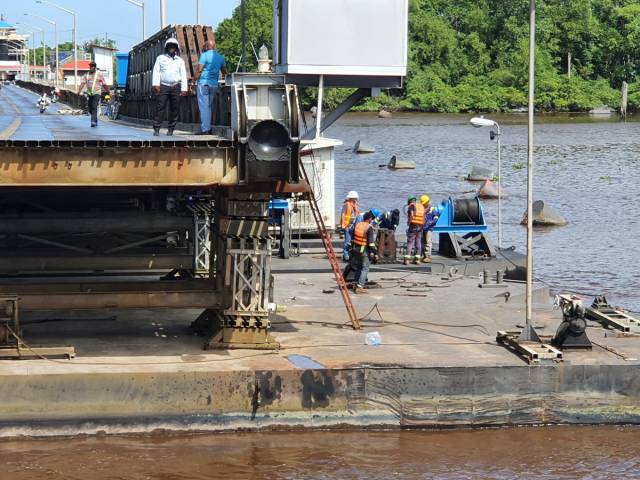 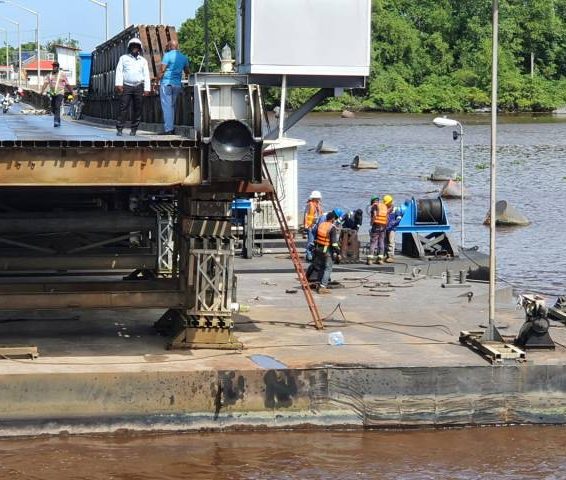 General Manager of the Demerara Harbour Bridge (DHB), Wayne Watson on Tuesday related that the collision on Sunday could have been avoided if there were better communication between the captains of the barge and tugs.

At the time of the collision, a vessel, named “Desal 1” that was being controlled by two tugs – Alpha 1 and Chaka – with sand, was travelling northbound when it hit the edge of the retractor span of the Bridge.

The impact from the collision pushed the bridge out of alignment, causing the breakage of the connecting end post at Spans 8 and 7; this in turn resulted in a transom being warped with a slight opening.

In addition to damages to the three spans, several buoys attached to the floating bridge also burst.

It was reported that more than 10 areas of the Harbour Bridge were damaged due to the collision. This resulted in vehicular traffic coming to halt on both ends of the Demerara River for several hours on Sunday.

Nevertheless, Watson stated that “There was some miscommunication between the two tugs and the barge. The tugs – one at the side where it hit the bridge and one at the back. This was caused as a result of the two captains not communicating the way they should have.”

This is expected to be the findings of the Maritime Administration (MARAD) after the completion of its investigations.

However, Watson noted that MARAD is also expected to explore mechanisms to ensure that there is no reoccurrence and more so, the possible penalties that might be instituted against the foreign company that owns the vessel.

The General Manager will also meet with local captains to discuss markers and other lighting equipment when traversing the river, especially where there is a retraction.

“The vessel was restrained. We are working out the cost, MARAD is having their meetings to engage the agent which is GNSC. The vessel was not approved to leave the shores of Guyana,” Watson added. 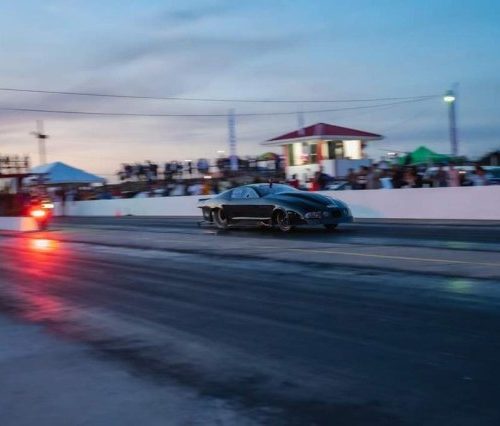 Watson, however, stated that foreign vessels that are transporting materials should be operated by local knowledgeable agents.

More so, he added that operators should ensure that the size of their vessels complies with the regulations and specifications laid out by the authorities.

“We encounter several vessels not wanting to comply with the local rules and regulations and we had to put a stop to those vessels traversing the span. I would recommend that all foreign vessels that are taking sand or whatever should ensure the equipment is operated by local knowledgeable captains. You know sometimes people would want to shortcut things.”

Meanwhile, when contacted for an update on the repair works, Minister within the Ministry of Public Works Deodat Indar expressed hopes that all issues are rectified by Wednesday but according to the General Manager, repairs should be completed by this weekend.

In the meantime, only lightweight vehicles are allowed to traverse the bridge and drivers are being reminded to adhere to the weight limit of 10 tons. Drivers are also asked to follow the direction advised and laid out by officers when using the bridge.