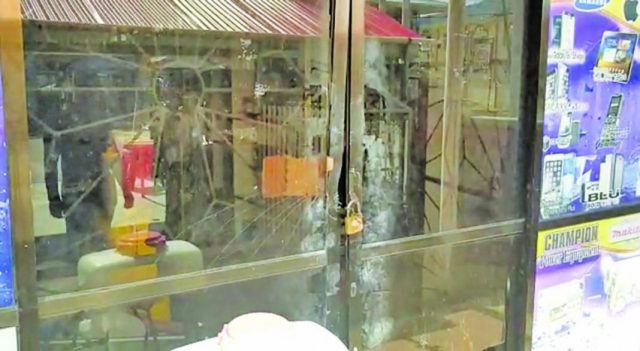 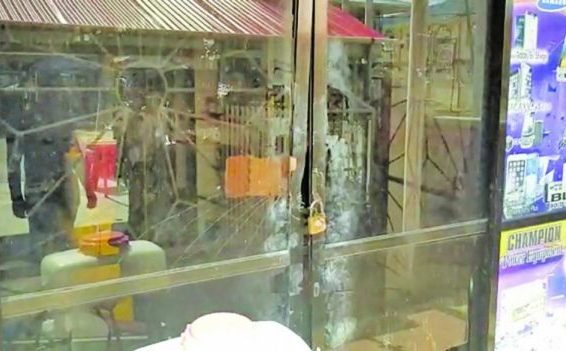 Zabire Hussain, the owner of the phone and home appliance establishment at Springlands, Corriverton, suspects that it might have been an inside job.

Hussain explained that about 01:30h on Tuesday, he was at home when one of his employees contacted him to report the incident at his business place. On his way there, the young businessman questioned the possibility of someone gaining entry into the building.

“I asked him about the incident which occurred about six months ago when they had locked the key in the shop, so I skin open the grill door and let him pass in from there. So, I asked him if it was the same grill door that I had skin and he said yes. So, I told him, ‘is only you and I knew about it’.”

He related that he later discovered that about $2 million worth of phones and about $5 million in cash, which was kept at the business place, were missing.

“All of the phones that I had here like the iPhone 12, Pro Max, Galaxy S21 and all the expensive phones are gone. I went to the office and then I observed that they gone with all the cash… They did not come for anything else but the phones and the cash.”

The stolen money, he said, was to be used for the physical expansion and enhancement of the store.

According to the proprietor, the fact that the perpetrators did not take away the digital video recorder (DVR) adds to his suspicions as to whom might have been the perpetrator (s).

He explained that the DVR was not working, so he held the belief that the persons who robbed the business were aware that the device was not recording even though there were 12 mounted cameras.

According to the businessman, only one employee was privy to that vital information that could have been beneficial to an intruder. “The Police hold up the one worker, he knew that the DVR was not working,” Hussain revealed.

Nevertheless, he added that he was able to get images of the persons who were in the store and those revealed that three persons had broken in. One person remains in custody, but investigators have not been able to obtain any vital information. The investigation continues.