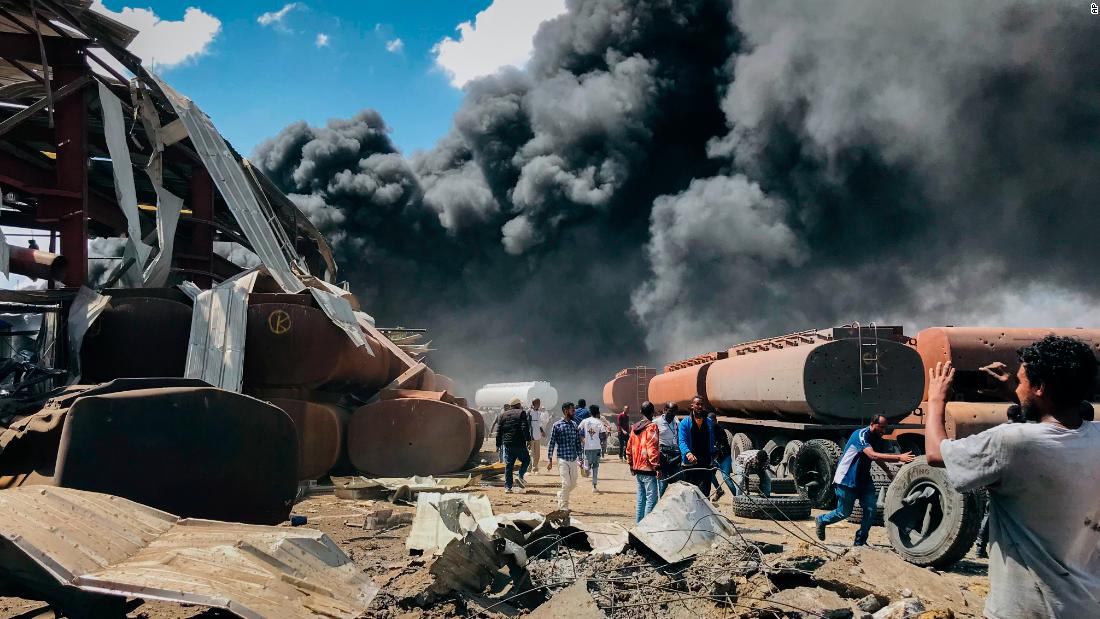 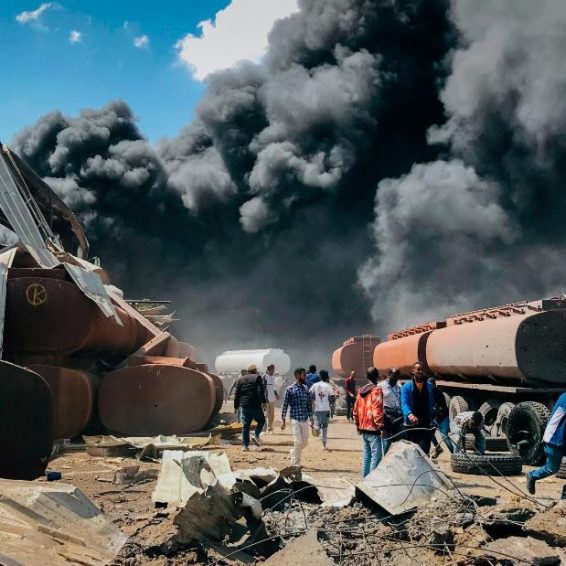 1 month ago·2 min read
ShareTweetPinShare
Home
World News
Mekelle struck, residents flee Amhara as Ethiopia battle intensifies
The content originally appeared on: CNN
Humanitarian sources and the Tigray People’s Liberation Front (TPLF), which controls the northern region, said the airstrike hit a university in the regional capital Mekelle.
Government spokesperson Legese Tulu confirmed an airstrike to CNN but denied it hit the university. According to Tulu, the strike targeted a communication center being used by the TPLF on a military base in Mekelle.
Reuters was not able to confirm either account independently. Tigrai TV, controlled by the TPLF, reported that 11 civilians were wounded in the strike, at least the fourth day Mekelle has been targeted this week.
Humanitarian sources said a UN plane was forced to abort a scheduled landing in Mekelle due to the air strike. The government’s critics have accused it of trying to cut off access to Tigray, which it denies.
Read More

‘The whole city is panicking’

The government has stepped up airstrikes on the Tigray capital as fighting has escalated in Amhara, a neighboring region where the TPLF has seized territory that the government and allied armed Amhara armed groups are trying to recover.
Residents in Dessie, a major city in Amhara, told Reuters people were fleeing, a day after a TPLF spokesperson said its forces were within artillery range of the town.
“The whole city is panicking,” a resident said, adding that people who could were leaving. He said he could hear the sound of heavy gunfire on Thursday night and into the morning, and that the bus fare to the capital Addis Ababa, about 385 km (240 miles) to the south, had increased more than six-fold.
Men are marched out of prison camps. Then corpses float down the river
There are now more than 500,000 internally displaced people in the Amhara region, Atalel Abuhay the Director of Communications for the National Disaster Risk Management Commission, told Reuters.
Seid Assefa, a local official working at a coordination center for displaced people in Dessie, said 250 people had fled there this week from fighting in the Girana area to the north.
“We now have a total of 900 (displaced people) here and we finished our food stocks three days ago.”
Leul Mesfin, medical director of Dessie Hospital, told Reuters two girls and an adult had died this week at his facility of wounds from artillery fire in the town of Wuchale, which both the government and the TPLF have described as the scene of heavy fighting over the past week.
The nearly year-long conflict between the government and forces allied to the TPLF has killed thousands of people and displaced more than 2 million.
The TPLF dominated Ethiopian politics for decades as the most powerful group in a multi-ethnic coalition, but has clashed with the government of Prime Minister Abiy Ahmed who took power in 2018. Abiy sent central government troops who drove the TPLF out of Mekelle late last year. But forces allied to the TPLF launched a counter-attack this year, recapturing Mekelle and nearly all of Tigray, and seizing swathes of Amhara.