Manickchand hints at fresh consultations on corporal punishment in schools

In light of growing complaints about teachers severely beating children in schools, Education Minister Priya Manickchand has said she believes it is time that Guyana decides on a definitive position when it comes to corporal punishment in schools.

“We should not be hitting, we should be beating [children in schools]; but that’s a decision that the country is going to have to make, and we’re going to have to examine that again…,” she said.

“We’re at a good place to examine whether we could abolish corporal punishment from schools completely, or at least offer parents the ability to buy in or buy out, or opt in or opt out. So, as a parent, I should be able to say to a school that I don’t want my child to be beaten,” the Minister said during a recent appearance on a GlobeSpan programme.

Manickchand, who had served as Education Minister under the previous PPP/C Administration, recalled that massive consultations were done countrywide on the abolishment of corporal punishment around 2012, but the appetite to abolish was not there at the time – a position which she believes has since changed today.

The Education Minister is contending there should be limited imposition of corporal punishment in institutions such as schools.

She explained that clear regulations put in place during the early 2000s stipulate that only headteachers are authorised to administer corporal punishment. She has said that someone delegated by a headteacher could also administer corporal punishment, but only in circumstances with other specifications. According to Manickchand, if those regulations had been followed strictly, there would not have been such a high prevalence of abuse meted out by teachers.

“Recently, you have seen all over social media different children with black and blue marks all over their (bodies), and it does not appear as though regulations were followed, because if they were followed, we shouldn’t be having black and blue all over [children’s] bodies. Of course, those things have to be properly investigated. We have to get to the bottom of it, and we do,” she stated.

“I hope teachers understand that, and inform themselves of different ways they can discipline children without hitting and flogging,” she has stressed. 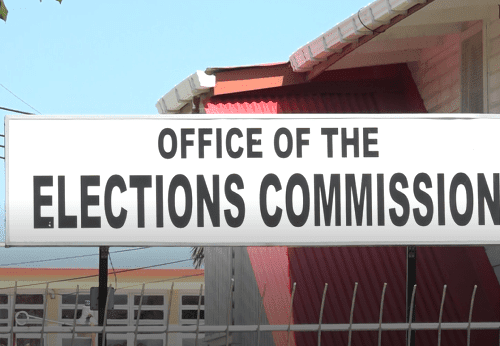 GECOM taken to court over $9.2M in rent arrears for Kingston properties

Further, the Minister has disclosed that she received a report of a teacher hitting a child twice behind her head; and she received another report, from West Coast Demerara, indicating that a child had been “abused” and “so badly beaten” by a teacher that the matter could have resulted in criminal charges being instituted.

“Here is what is complex about this issue: Many of the same parents who have objections to their children being beaten black and blue will tell you, ‘I don’t mind a lash or two in [his/her] hands, but you mustn’t beat them so bad’; and that’s where the problem comes. Sometimes countries have to draw lines – you can or you cannot. We can’t leave people with discretion about what is appropriate and what is not,” Manickchand has reasoned.

Only last week, while addressing young trainees of the Cyril Potter College of Education (CPCE), the Education Minister warned teachers against abusing or beating students in the classrooms. “You can’t beat people’s children black and blue. You can’t abuse people’s children and believe somehow or the other that is the order of the day. Look at you: young, fresh citizens of this world who must inform yourselves of what is the new civilised behaviour,” she told the trainees.

Further, the Minister has pointed out that whatever behaviour is presented in the classroom by teachers would affect children either positively or negatively.