Police in Regional Division 4 B (East Bank Demerara) have arrested a 22-year-old suspect who was in possession of both the keys and vehicle that was stolen from a bodywork shop in Grove, East Bank Demerara.

Reports are that Yusuf took the vehicle to the bodywork shop to be sprayed over. Dehali parked the car in the yard and returned the following day to commence work on the vehicle.

When he returned, the businessman discovered the car missing. The keys of several other vehicles were also missing.

The lone security who was left in the compound was nowhere around.

According to businessman, he immediately tried to contact the guard via cellphone to enquire from him if he had removed the vehicle, but to no avail.

He thereafter contacted Yusuf via cellphone and enquired from her if she had collected her vehicle and she replied in the negative.

They immediately started to search for the vehicle.  Based on information received, they went to Second Street Craig, EBD where they saw the car parked on the road and three males were standing within close proximity of the vehicle. 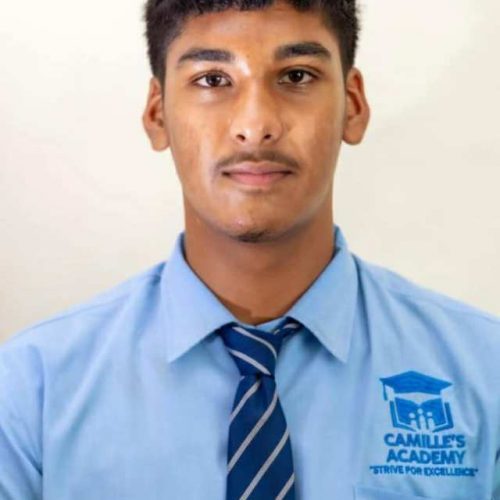 They were asked who is the driver of the car and two of the men pointed out Christopher Persaud, a 22-year-old unemployed man of Craig, EBD to be the driver.

Dehali carried out a search on Persaud during which he found the car key, along with the other missing keys in his pants pocket.

Dehali immediately after summoned the police who responded and arrested the suspect.

Persaud was placed into custody and the vehicle was lodged. The security guard is yet to be found.