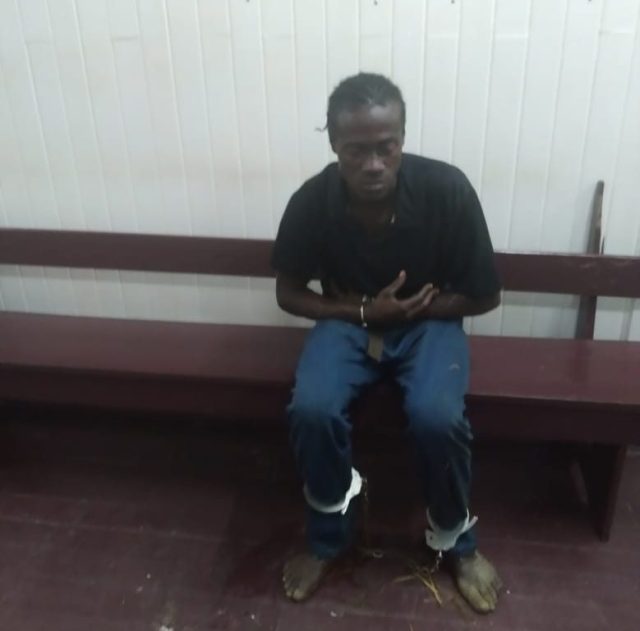 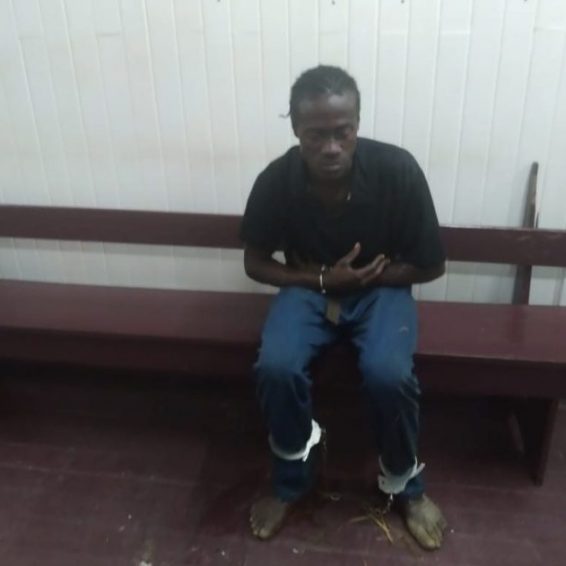 Man wanted since 2019 for rape arrested

Alvin Reid, called ‘Satan’, who was wanted since 2019 for rape, was arrested by police on Wednesday night.

Acting upon information received, ranks from the Clonbrook Police Outpost accompanied by members of the Community Policing Group went to an area in Ann’s Grove, East Coast Demerara where the 37-year-old suspect was arrested.

Reid was serving time in prison on a murder charge when he was ‘accidentally released’ and has since been wanted for discharging a loaded firearm, larceny of cattle and other offences.

When the suspect was arrested, he had wounds on his left side abdomen, and a suspected gunshot wound on his back. 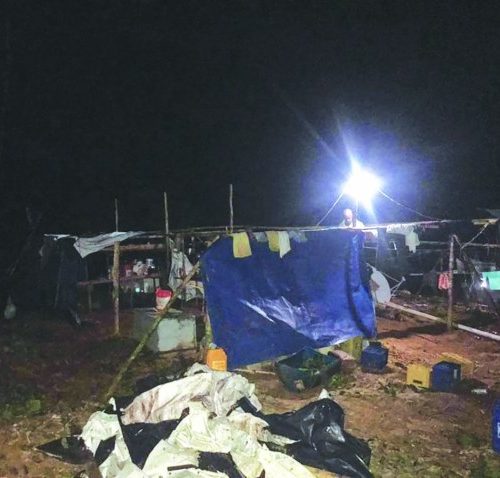 He was escorted to the Georgetown Public Hospital Corporation where he was treated. He remains under police guard at the hospital.

During the arrest, two Police Constables received injuries. They were taken to the Mahaicony Hospital where they received treatment.