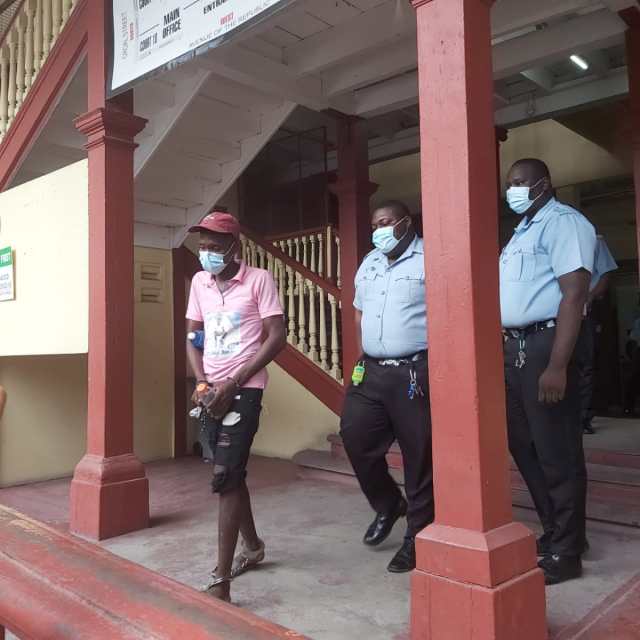 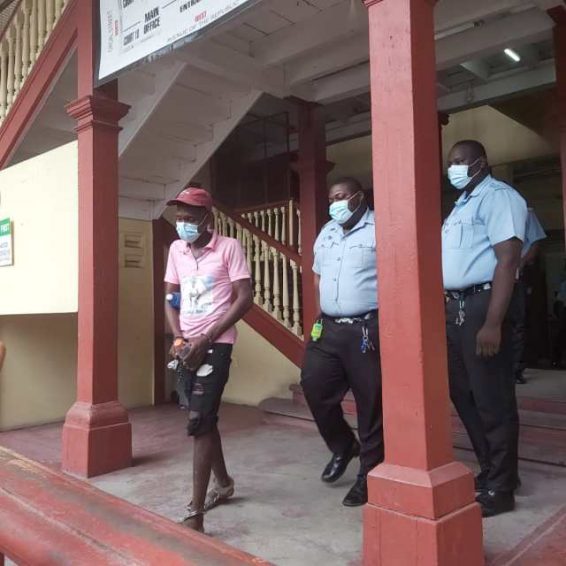 A man who was arrested for robbery under arms was today remanded to prison for setting fire to the Brickdam Police Station, as the Guyana Fire Service, having concluded its investigation into the matter, determined that the inferno was an act of arson.

Clarence Green, 26, appeared before Chief Magistrate Ann McLennan at the Georgetown Magistrates’ Court where he was not required to plead to the charge which stated that on October 2, 2021, he unlawfully set fire to the Brickdam Police Station.

Green was also charged for armed robbery, committed on the same day against Chitrannie Ramkissoon who was robbed of a cellphone valued $160,000. It was this crime which caused Green to be on the police lockups at the time of the fire which erupted at around 11:00hrs.

Green was also not required to plead to this charge and he was remanded to prison until October 28.

The fire, which started on a second-storey in the administrative building, would have destroyed some 80 per cent of the police station.

Today, Chief Fire Prevention Officer, Sheldon Sauna said their investigation has concluded that the fire was an act of arson. This is after debris and other materials were processed from the scene.

“The supposed cause for the Brickdam Police Station fire was suspected arson…The distance away from the cells and the administrative building which house the fraud section, so, the distance between the respective buildings was approximately one and half feet and that’s an approximation, so they weren’t far from each other,” he said.

Police Headquarters had said that Green confessed to starting the fire. Green reportedly confessed that he took a piece of sponge, wrapped it up on a piece of wire which he lit and pushed it through a ventilation hole in the cell over to a part that had some documents.

It was from there that the fire started.