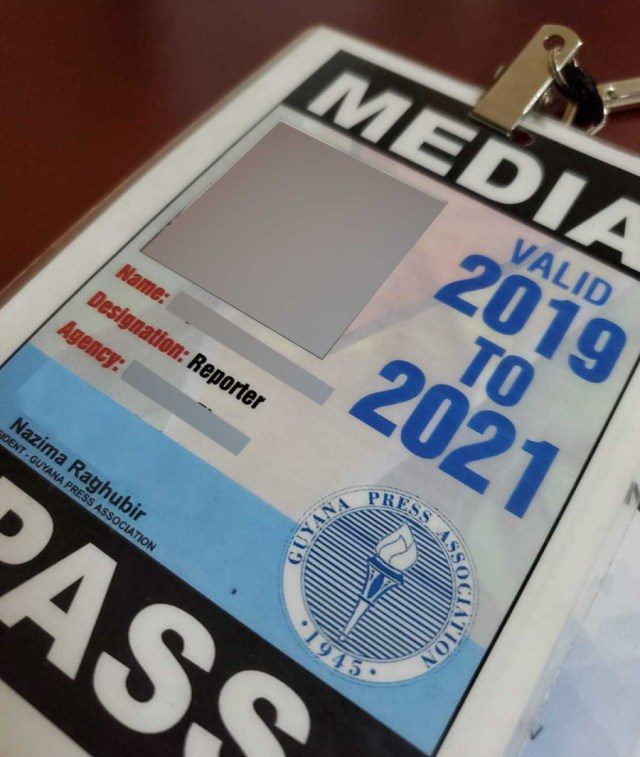 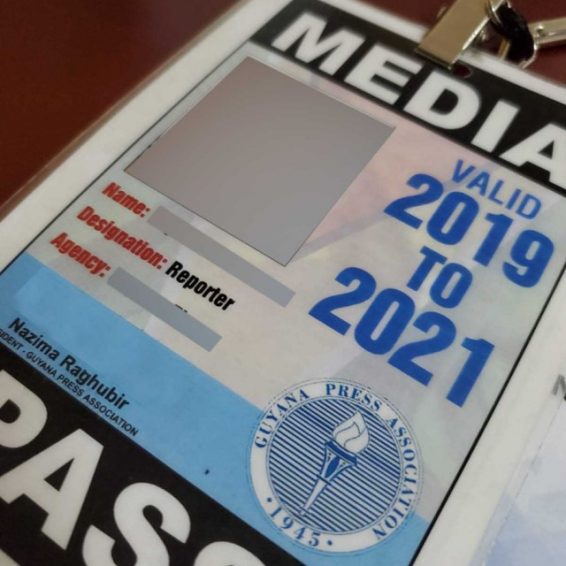 The Guyana Press Association warns the general public that forgery of the GPA issued media passes is a criminal offence.

It is unfortunate that a staff member of a media house who is not among the category of workers accredited by the media house or GPA was found in the possession of a forged media pass. The staff member claims that he bought the document. That document bored the signatories of two officials including a former Commissioner of Police.

The media house dealt with the matter swiftly and the matter was reported to the Guyana Police Force by the GPA. The man has since been arrested.

If any member of the public is found in possession of a forged copy of a media pass, this would be reported to the police.