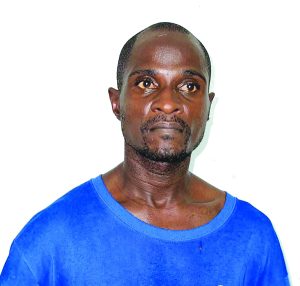 Man arraigned for murder of teen in Albouystown

Forty-five-year-old Lenny Fraser of Hogg Street, Albouystown and Independence Boulevard, La Penitence, Georgetown has been remanded to prison on a murder charge.

Arraigned in Chief Magistrate Ann McLennan’s Court on Thursday on an allegation of stabbing a boy to death, he was not required to plead to the indictable charge for the capital offence which was read to him. His case will continue on April 29.

Two eyewitnesses — aged 15 and 16 — told detectives that they and Smith were sitting on a bench east of Fraser’s home when he ordered them to remove. Smith, however, refused to move, causing Fraser to slap him. The two later ended up in a fight, during which Fraser took a knife from the waist of his pants and stabbed Smith in his abdomen.

The injured teen ran a short distance on Independence Boulevard before he collapsed. He was taken to Georgetown Public Hospital, where he was pronounced dead on arrival.

Smith, who had attended the East Ruimveldt Secondary School, had worked with small contractors in his community.