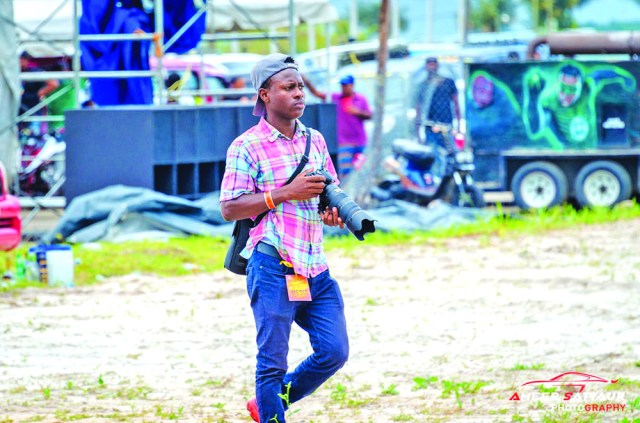 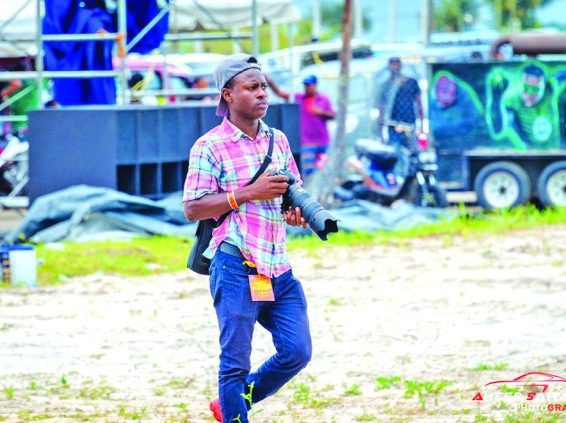 Make photography your hobby, rather than a business – photographer Ackeem Thomas

Ackeem Thomas was born on February 17, 1995 to Sean and Amelda Thomas, and is the eldest of four siblings. He attended the Sophia Primary School, and after sitting the National Grade Six Assessment (NGSA) examinations, was awarded a place at St. George’s High School.

Unfortunately, due to personal setbacks, he was unable to write the Caribbean Secondary Education Certificate, but this did not deter him from achieving his career path of becoming one of the best cinematographers in the country under the brand Ackeem Thomas Photography (ATP).

He started his career path at Pressy’s Enterprise as a photographer, but after spending a few months there, he was offered a job at the National Communications Network (NCN), where he spent another few years.

However, he later joined Enetworks as a videographer/photographer, and after working there for a few years, he moved on to the Department of Public Information (DPI). Finally, he branched off on his own and has since been doing private gigs, including ‘Virtual tours’, which give clients a wider view of a space of their interest. This is also known as the 360 degrees shot.

But arriving at this point in his life did not come easy. There were lots of hurdles that had to be crossed. While working at his job, he saved his salary and was able to purchase his first camera. After acquiring that device, he started to practice by taking nature shots.

It is with hard work, lots of practice, and determination that he was able to master the art form. Now, he owns several pieces of gadgets, including several Nikon cameras, GoPro cameras, Insta360 camera and DJI products.

To enhance the image to get a professional output, the talented young man utilises Adobe Lightroom and Adobe Photoshop. Nevertheless, while owning several pieces of equipment, his favourite is the 17-50mm 2.8 sigma lens, since it is best for any event or photo shoot.

In fact, he uses full manual mode. Using his experience by thinking ahead of his projects, he envisions the shots, and, as such, directs his client appropriately without them being offended. During his career in the media, which spans about eight years, he has taken thousands of photos, but his favourite is the multiplicity shots (‘clones’ of a person or object in one photo).

“I was the first person in the country to do multiplicity photos and incorporated them into my portfolio,” the young man added. 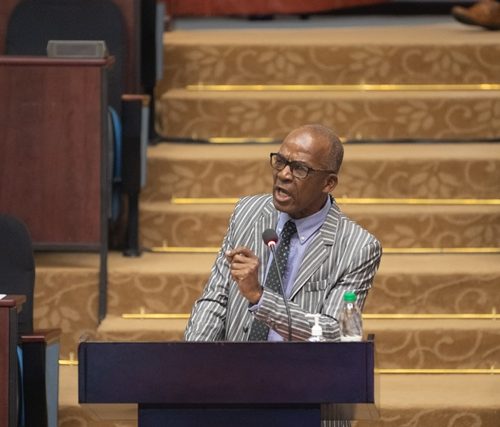 He is, nevertheless, influenced by 55 Photography and John Greene Photography – both of which are Guyanese entities that have made a name for themselves in the business. What has kept Thomas going on a daily basis is the positive feedback and testimonies from his clients about his work.

“It feels good and exciting to get feedback from the clients… but still I am always open for suggestions and also criticisms, so that I can become even better… I want the clients to have an experience, rather than just a photo shoot or taking some photos at an event,” Thomas told this publication.

For those who want to get into the business, he encourages them to “make photography your hobby, rather than a business. You have to love what you do…do it with passion and consideration”.

Being on the move quite regularly, he still finds the time to look at a good movie, play games, and surf the internet. He enjoys pasta, and his favourite colour is blue. His work can be viewed on his Facebook page, Ackeem Thomas Photography.