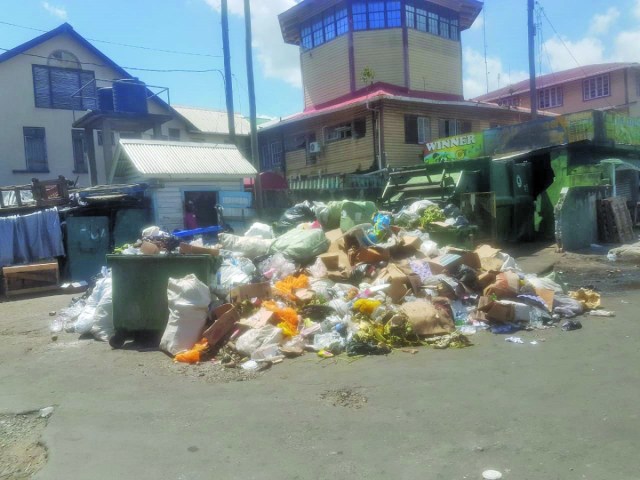 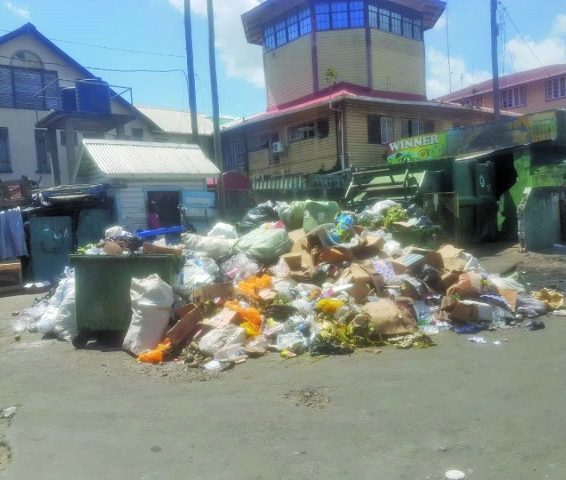 As Guyana continues to develop and seek out avenues to modernise its economy, the Guyana Manufacturing and Services Association (GMSA) believes that there are tremendous opportunities for the country to transform its large volume of waste into value-added products.

The pronouncements were made by GMSA President Rafeek Khan and its past President Norman McLean during an interview with the State media on the Amaila Falls Hydro Project and what it means for the manufacturing sector.

Khan, in his contributions to the discussion, went off on a tangent and spoke about how the country can use its manufacturing and other kinds of waste to generate energy.

Meanwhile, McLean provided another perspective on how the country can further utilise its wastes to make value-added products, highlighting the situation as the country’s markets where there is tremendous waste of fresh produce.

“You’ve seen it happen in the rice industry where you have gasifiers, trying to use gasifiers to take the waste out of rice husk and create energy. We should be doing those things as well for, let’s say, our coconut waste, our wood waste…The amount of waste that we have from our primary products, because we’re still focused as a nation, and reliant on primary products. Our secondary manufacturing cannot even be thought about if you have not figured out a way how to make it affordable in terms of manufacturing products. So other options of energy should be on the table, not just your hydro, but also your gasification,” Khan explained.

In March 2015, a $40 million state-of-the-art rice husk gasifier was commissioned by an Exmouth, Essequibo Coast rice farmer in an effort to reduce the cost of fuel consumption at his Ramlakhan and Sons Rice Mill. The equipment works with the gases derived from the rice husk. The gases emitted are cleaned of solid particles, tar/carbon and water/moisture, and directed into the combustion chambers of a 250kW power generation set, replacing 70 per cent of the diesel normally required.

In July 2019, a gasifier was commissioned at the University of Guyana (UG) with the aim of reducing the carbon footprint on the campus. UG’s Vice Chancellor Dr Paloma Mohamed-Martin had revealed that the equipment will have the capacity to produce 10-12 kilowatts of clean energy and that it will be used for research in other biomass materials (eg, grass pellets, coconut shells, rice-hull pellets among other biomass sources to produce biochar and electricity).

According to the GMSA President, these are the kinds of avenues that the country could tap into to further decrease its energy costs.

“Countries wish to buy our waste, whether it’s plastic, whether it’s timber, whether it’s husk, whatever it might be, but the cost of freight to transfer the waste from Guyana to those countries that can to recycle our waste, is prohibitive. Now we need to start seeing how we can convert those waste…as much as 70 per cent of your input of your manufacturing sometimes goes to waste, that could into products,” Khan explained.

“You know what is the wastage that we get from the markets…you go to any market anywhere and you see the level of wastage…if we are having cheap power, we can start to freeze, can and do all those things and reduce the wastage of foods and make it more economic for our people,” the Private Sector representative posited.

“We’re not preserving, we’re not freezing, we’re not canning any of the stuff. It’s just left and if it’s not sold in two or three days, and nobody comes to buy it, then you’re looking at wastage,” he added.

Meanwhile, both GMSA representatives have expressed major support for the Amaila Falls Project, noting that it is long overdue.

Explaining that the success of the manufacturing sector is heavily dependent on the energy costs, McLean lamented that so many years have passed and yet Guyana – The Land of Many Waters – remains without a working hydropower facility.

“Goat musse bite us,” he expressed, noting that the country’s neighbours such as Suriname, Venezuela and Brazil, all have hydropower.

“From 2015 to now, nothing has happened and I really believe we have missed the bus and lost a glorious opportunity to make a success of hydro…I think it’s sad that after all these years, all the waters that we have, all the rivers and rapids, that we have been unable [to develop hydro],” he contended.

Cyclist dies days after struck by truck at Parika

In fact, McLean related that the country has made attempts to develop hydro prior to Amaila, but those ventures also failed.

“We had Tiger Falls on the Demerara River which was to be powering the bauxite operation at Linden, and then we had the major thing which Burnham promoted, at Upper Mazaruni at Sand Landing, that failed as well. And now, Amaila…”

He admitted that Guyana had the Tumatumari Hydropower Plant but that too, is now non-functioning. “It’s sad,” McLean expressed.

The Amaila Falls Project was first identified in 1976 by the Canadian company “Monenco” during an extensive survey of hydroelectric power potential in Guyana. Various studies have since justified and strongly supported the construction of the AFHP.

An artist’s impression of the Amaila Falls Hydropower Project

The revival of the 165-megawatt Amaila Falls Hydropower Project was one of the promises made by the People’s Progressive Party/Civic (PPP/C) in its manifesto.

The project was initiated under the previous PPP/C Administration but was scrapped by the coalition Administration which had controlled the National Assembly by a one-seat Opposition majority.

The Amaila Falls Hydropower Project, which was the flagship of Guyana’s Low Carbon Development Strategy (LCDS), is expected to deliver a steady source of clean, renewable energy that would have been affordable and reliable, and was envisioned to meet approximately 90 per cent of Guyana’s domestic energy needs while removing dependency on fossil fuels.