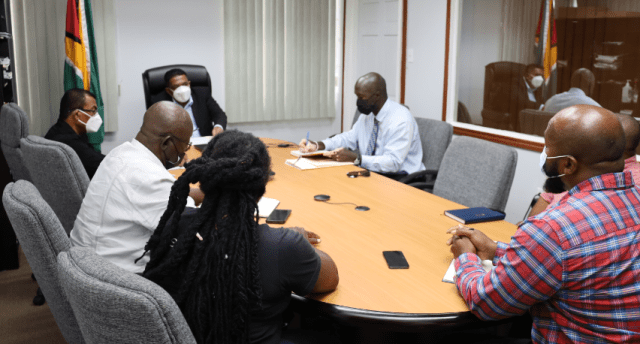 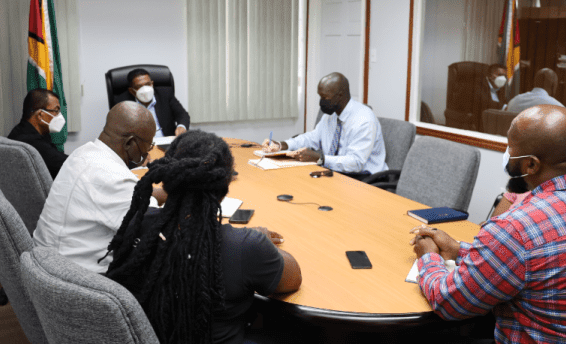 The establishment of a new swine abattoir is expected to positively impact Guyana’s swine industry, as it would finally make way for Guyana to be able to export pork and other by-products of swine to external markets.

During a recent meeting with members of the Guyana Swine Producers’ Association (GSPA), Agriculture Minister, Zulfikar Mustapha said that an initial investment was made by the government in 2021 to get the ball rolling on the establishment of an abattoir for swine.

“Last year we awarded a contract to commence internal works such as utilities, roads, and fencing for $30 million. We have an estimated amount for this year’s budget that was submitted to the Ministry of Finance. Once those funds are approved, we’ll be able to move forward with the project,” Minister Mustapha said.

While alluding to the fact that the abattoir will allow Guyanese swine producers the ability to access additional markets outside of Guyana, Minister Mustapha said that the government is exploring the possibility of having a Private Public Partnership (PPP) agreement in place to manage the facility.

The Ministry is currently carrying out preliminary works in Garden of Eden on the East Bank of Demerara, after which, a modular facility with international standards will be set up.

Additionally, the government will be looking to have the facility ISO certified, thus clearing the way for export to other parts of the world.

As it relates to issues concerning traceability, Minister Mustapha said that the Guyana Food Safety Authority will be tasked with ensuring such products are safe for human consumption, adding that legislation is currently being drafted to further enhance those areas.

“We’ve been working on implementing traceability through the Guyana Food Safety Authority. This authority was formed but this is the first year that it will come into operation. One of the main functions of the authority is to ensure the food we eat is considered safe for human consumption. We are now looking at areas like traceability for all the sectors because it is important that such systems are put in place. We also have a number of legislations that are currently being drafted that seek to enhance food safety and traceability in our country,” Minister Mustapha said.

Recently-appointed Chairman of the GSPA’s, Forest Smartt told the minister that one of their challenges is access to affordable feed from local rice mills. He said that, in addition to varying costs of feed amongst suppliers, farmers are often under strain to feed their animals, more so due to the impacts of the global pandemic, Covid-19.

In this regard, Minister Mustapha said, prior to today’s meeting, the ministry sought to engage the Guyana Rice Producers’ Association on the issue.

“I’ve asked the GLDA to get the approximate quota of the Association so that we’ll be able to further engage the Guyana Rice Millers’ Association. I’ve already discussed this matter with them and they are prepared to help. In the long term, we are looking to be self-sufficient in producing proteins for our feed industry. We’ve started a project with the corn and soya bean. By the end of this year, we should be able to start cultivating between 7,000 to 10,000 acres. Next year, we hope to go straight on to 30,000 acres. As a government, we are also looking to address the concerns in the region by being able to export and supply other Caribbean markets with these proteins,” Minister Mustapha said.