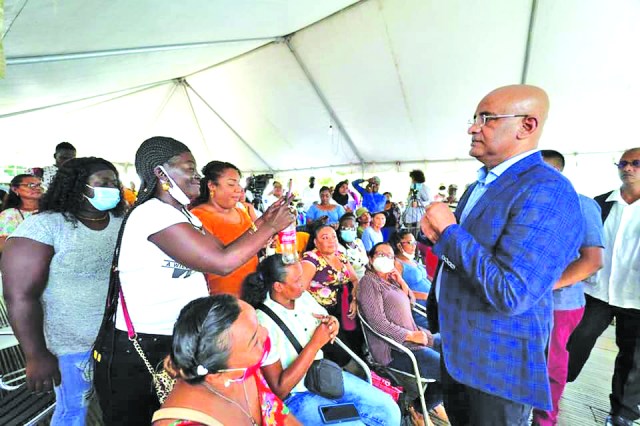 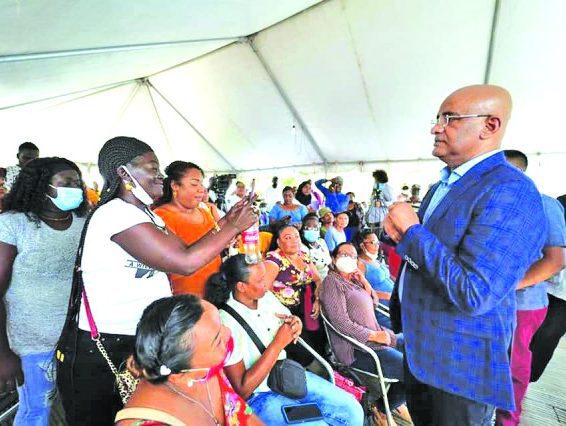 In keeping with promises he made during visits earlier this year, Vice President Bharrat Jagdeo on Saturday returned to the mining town of Linden to launch 1000 part-time jobs and small business grants.

When it comes to the small business grant, 200 Lindeners who had registered their interest received $250,000 to develop their small businesses.

As their names were called, they went to the front to sign the forms and receive their monies. The Vice President warned that the Government would be following up to make sure the grant money is used for the setting up of small businesses and not spent on household expenses.

“It’s very important that people utilise the resources in a manner that will advance their wellbeing. So, I hope that people don’t think this is free resources, that it has to be utilised for a purpose. We’ll be checking to ensure that people are actually doing the small business that we’re giving the grant for.”

“People who got grants before, must not get grants again. We want to make that clear. You can’t get two grants for the same purpose. There are lots of other people who need help in this region to start a small business. So, I hope we check everyone to see that the projects are actually going on,” Jagdeo further said.

He urged the Lindeners, however, to use the part-time jobs as a stepping stone to even greater things. The part time jobs initiative entails persons being hired for $40,000 per month for 10 days of work.

“I hope that all of you, who are now going to work on this programme, you see this as a stepping stone to something bigger. Not, this is the end in itself. This is not an end in itself, this is where I want to be for the rest of my life, doing a part-time job. That you use this as a stepping stone, that you make sure that you continue to study or seek another employment that pays you more.” 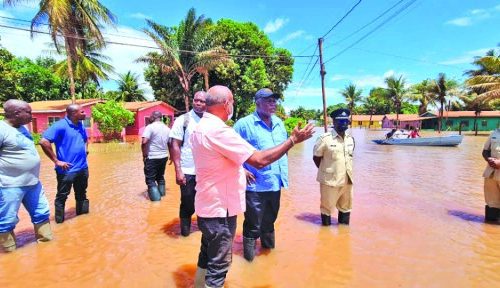 “This is just to ensure that you can have some income at some point in time. This is how I want you to see the programme. And I want all the people in Region 10, Linden, I want you to make full use of the scholarship programmes that we have launched,” Jagdeo said.

The Vice President also lashed out at critics who have been against the part-time job initiative. According to him, many persons are actually grateful for the jobs and meanwhile, will allow them to bring in an income and also develop themselves. Mention was made of the Guyana Online Academy of Learning (GOAL) scholarships as a means of doing this.
Back in March, Jagdeo had announced during a meeting at Watooka that citizens in Region 10 (Upper Demerara-Berbice) will soon benefit from some 250 small business grants while another 800 persons will gain part-time employment.

Jagdeo led a team of Government Ministers to meet with residents in the region and learn about some of the issues they are encountering, while also informing them of the Government’s plans for the development of the Upper Demerara-Berbice region as well the entire country.

These meetings hosted at the Watooka House are part of the Administration’s efforts to engage people at the grassroots level to get a better understanding of their issues with a view to resolving them. A sum of $5 billion was set aside in the 2022 budget for various interventions aimed at easing the financial burden on the local population caused by increasing global prices.

Only last week, Jagdeo had also kicked off the Government’s part-time job initiative for thousands of persons along the Essequibo Coast. The Government has already announced that 8000 part-time jobs will be created countrywide to help families cope with the rising cost of living while the Government works towards more long-term solutions.