The body of 28-year-old Leston Banes, who allegedly murdered his ex-girlfriend, 22-year-old Kelly Cornette was this morning found in an abandoned house at Blueberry Hill, Wismar, Linden.

The man reportedly died by suicide.

On Sunday night Cornette, a teacher, was brutally stabbed 27 times about her body by the suspect, who was also the father of her child.

The couple was recently separated and the woman had sought refuge from the man at her sister’s residence at One Mile, Wismar, Linden where the stabbing occurred.

The Evening News understands that the couple had a recent physical altercation which had prompted the woman to get the police involved. Afterwards, she and her child moved to her sister’s residence. 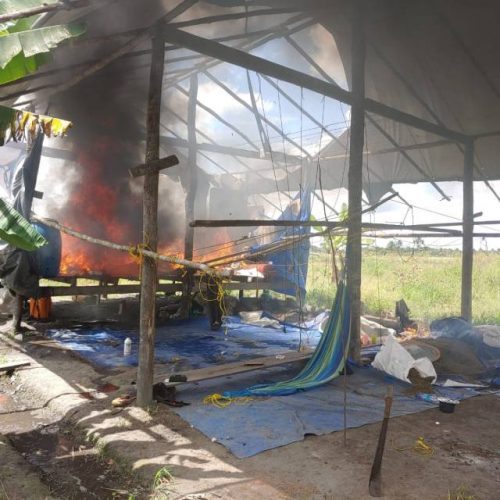 While there, the suspect showed up under the pretext of wanting to spend some time with his child. While there, the man whipped out a knife and stabbed the woman about her body.