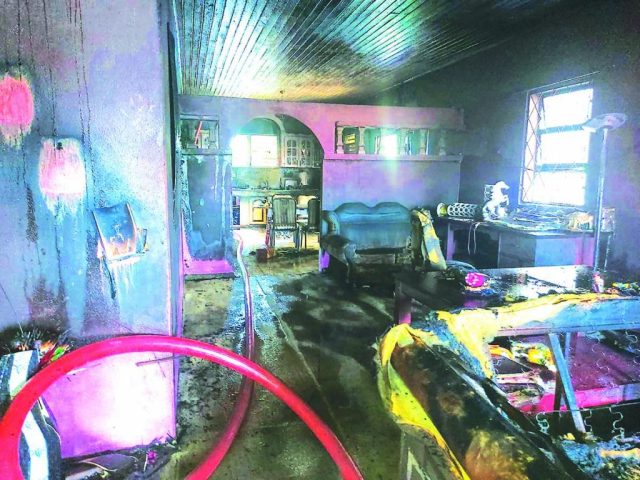 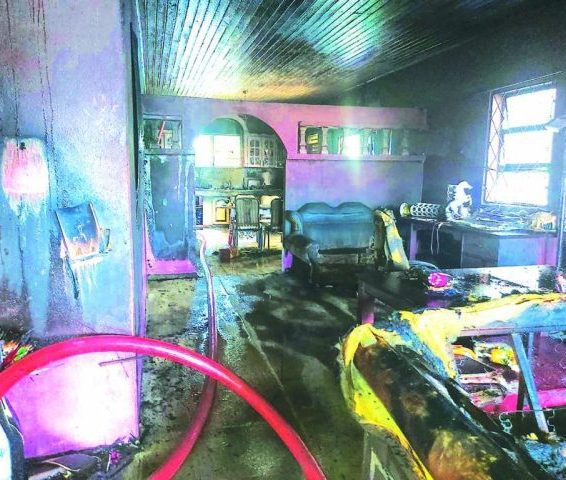 Reports are that the fire started at about 10:30h while two persons – the owner’s son and his girlfriend – were inside the home. Mother of 1 beaten to death by reputed husband

An investigation has been launched.