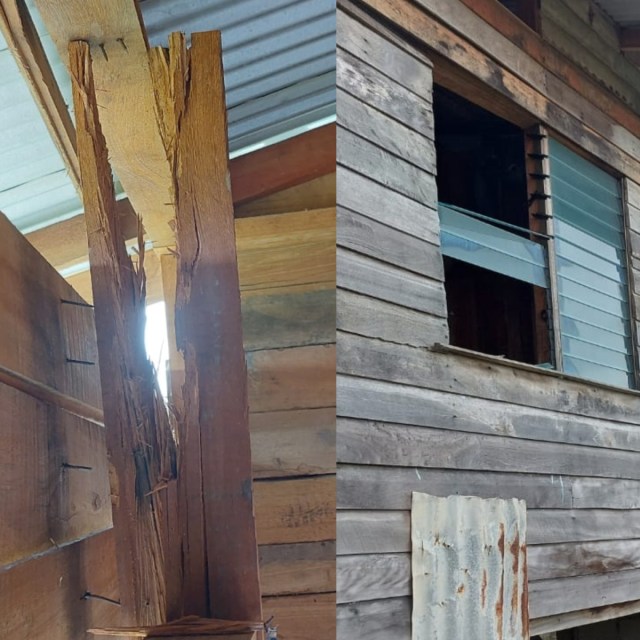 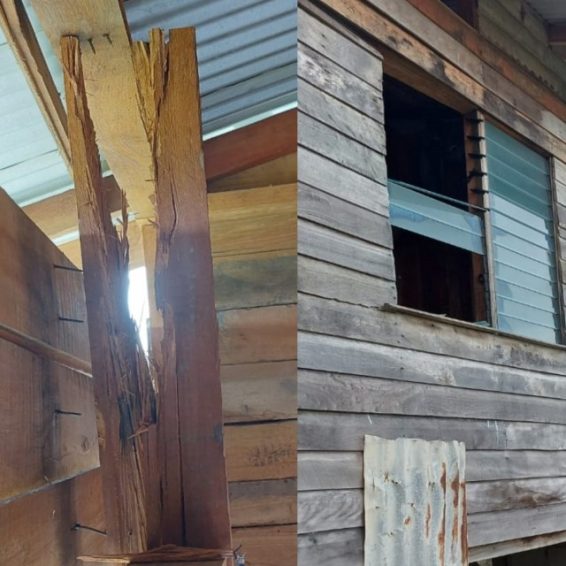 3 weeks ago·1 min read
ShareTweetPinShare
Home
Local News
Lightning strike damages house at Wellington Park
The content originally appeared on: INews Guyana
Some of the damages caused to the house as a result of the lightning strike

A single mother of two is now counting her losses after a lightning strike triggered several damages to her house located at Wellington Park, Region Six (East Berbice-Corentyne).

Amanda Beaton, 37, said she and her two children were at home last evening during a thunder and lightning storm when the incident occurred.

“Last night whilst the rain and lightning and thunder [was ongoing], we sit down, the blackout did come on, and then we turn off the switch, after I turn off the switch, I go and sit down… then all I hear is “boom!”, a hard sound, and the place start shake and everything blow off,” the woman recalled.

“When I hear the boom, it was very smoky inside,” she noted.

Upon inspection, the mother discovered that a lot of items in her house was damaged. In fact, even the house itself suffered some level of destruction.

“Everything burn…when I go in the room, no glass on the windows, the boards them split up,” she lamented. 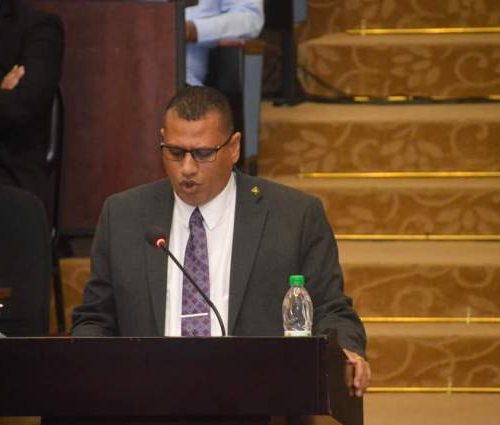 Lot 1 of Eccles-Great Diamond Road to be completed before CPL cricket – Min. Croal

The woman said her microwave and fridge as well as majority of her electrical outlets are no longer working.

“The wire that come from the post that bring the current, it burn out cause me ain’t see it,” she noted too.

Beaton, who sells food for a living, is unsure of how she will recover from these losses.