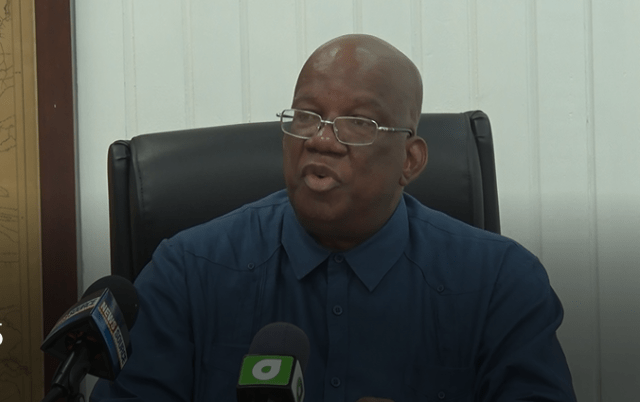 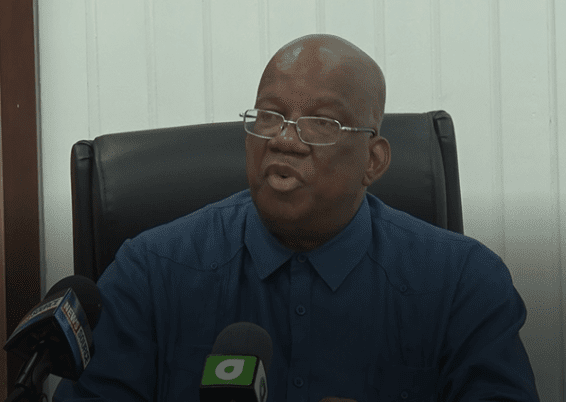 Letter: Someone with Winston Jordan’s record of failure should never be in charge in this country again

I sometimes look at this programme ‘Plain Talk’, a programme that is at times very insightful as it discusses political and topical issues. It is hosted by Christopher Ram.

I have noticed that, recently, the host has been speaking to a number of members of the past Government (APNU/AFC), and what is quite amusing is that some of those who are speaking now have been failures at their jobs, yet think that we, the members of the public, have somehow forgotten, and therefore would listen to their supposed ‘advice’ now.

Anyhow, I watched some of the episodes as they provoked much laughter and irony. I decided to watch as Youtube led me to an older episode of August 16, after watching recent ones, and I couldn’t help but roll up with laughter. Appearing as a guest was former Finance Minister Winston Jordan. At first the conversation was quite interesting, as the former Minister explained how he was an ‘independent’ person in Government, and was never even a member of the People’s National Congress (PNC) nor held a party card, but became the Finance Minister nevertheless.

Listening to this, I felt a sense of hope for us young people, as I had no idea before that Mr. Jordan was just a regular professional who became a Minister. He went on to relate how democracy should be, and how the two main parties have long had a history of the head being in full control and Cabinet members or committee members usually having to go by all the ideas of the leader, and even sometimes not say anything.

He sounded like a person who despised such a style, as he even noted how the style of democracy is only shown close to election time, and that he enjoyed his independent status in the party, being able to express himself to former President Granger (not labelled as AFC nor APNU) and share ideas and advice.

All was going well to a regular young listener like me in the year 2021, until the host asked Mr. Jordan about his thoughts on the No-Confidence Motion and the 2020 elections.

Shockingly, and in stark contrast to what he had said earlier, Mr. Jordan then switched gears to describe how Charandass Persaud’s No Confidence Vote damaged race relations, as he said and I quote, “After the No Confidence Motion, you lost that innocence, so to speak, you know; and if I were an East Indian in the party, I would have felt bad because, seeing that it is an East Indian who did it, I would assume that everybody would be looking to every one of them, you know, and I would begin to question my role there.”

I could not believe my ears, as no mention was made of the downward spiralling of race relations since his Government took office. He seemed to have linked this all to the time of the No Confidence Motion. I started to wonder what in the world I was listening to in a land of six people and in the year 2021.

I suggest to Mr. Jordan that he seriously relisten to what he said on that programme and realise how racist it sounded. A man who had only earlier gleefully described how he exercised his democratic right (democratic principles and being able to speak out as the ‘Jordanite’ the former President called him, which he said he enjoyed, and what the country should really move toward practising — more independence) was soon afterwards describing another Guyanese who exercised the same right simply by his race.

Mr. Jordan, if he is reading this letter, surely knows very well how obnoxious and racist such a statement was. The No-Confidence Motion was simply a matter of a man exercising his democratic right the same way he enjoyed his to say whatever he felt like as Minister if he is even being truthful. He (Charandass) could have been of any race, and no, no right-thinking Guyanese would have felt bad (I dare say except a racist person not thinking about the well-being of his/her country) but felt good that someone was brave and independent enough to do what he did, and who represented a constituent and decided to represent it with all of his heart, because at the end of the day, just like Jordan now enjoys time at home speaking to his neighbours on the ground and being ordinary, the other man had an ordinary life and people to answer to as well.

What Jordan said therefore was shameless. If he or his party did not understand, or even saw the No Confidence Motion coming, then it highlights how much they didn’t care and were in their own haughty and dictatorship world. They failed to see the suffering of the people on the ground, the suffering of the thousands of sugar workers his Government dismissed, the cases of suicide, the joblessness and helplessness and the anguish Charandass felt having to sit there knowing that people were suffering as Jordan sat and even helped to craft and implement more tax increases on the public as Finance Minister.

And that is another thing. Jordan said in his interview that he wished the Constitution was scrapped, as it made no sense and gives much immunity to a President, with a President having to pay no taxes for the rest of his life and the young people paying taxes once they earn $65,000 or more, describing how ridiculous it is and how we are a poor country and can’t afford it nor afford to treat Presidents in that manner.

Yet it was Jordan and his Government who increased the tax burden on all citizens by adding more taxes as well as helping to largely and proudly increase his own colleagues’ salaries without a care in the world for Guyana being a poor country and its citizens not being able to afford it.

The interview was laughable and full of contradictions. Where was this independent voice you had in the former Government, Mr. Jordan? How come you did not suggest that the ‘poor’ citizens should not be burdened further? Oh wait! Is it because you do not really admire democracy?

Is it because you only want it for yourself, but not for others? The impression given when one listens to that entire interview was that your real admiration is for dictatorship, especially with the description of how a No Confidence Motion would have never happened under someone like Burnham. Yes, the same Mr. Jordan then said that the No Confidence Motion would never have occurred, 65 members would not have even been in the Parliament that day, and that the Speaker could never have passed such a Motion. What would have happened to them, Mr. Jordan? Would they have been annihilated?

Disappeared? Car-bombed like what occurred with Walter Rodney? What would have happened to the Speaker?

But young intelligent Guyanese can actually explain to Jordan what happened the day of the NCM, and why he never imagined a No Confidence Motion being successful, even after his own party Coalition had called for the same in 2014. He was living in his ‘Burnham’ dream of dictatorship, forgot that the country was never going back to that period, that they only had a slim majority of one seat, and so never imagined that others were living in a democracy, so he would have never seen nor imagined what was coming, nor was he listening to the cries of the people suffering.

Jordan did not care then. The same 33 being the majority of 65 that he felt was not the right figure as stated in the interview, was what was used all along as his Government passed Bills in the National Assembly, so it worked quite fine then.

And as to the last part of Jordan’s ramblings -his huge lie that he thought the Exxon Bonus was a gift while trying to hide it from the public while in Government, and now switching gears that he ‘did not get a signing bonus’ and that it was the Exxon Negotiator who misled…this is all documented in history for all to see how quickly he contradicts himself and his lies. Mr. Jordan is as dishonest a politician as they come. Hopefully he continues to enjoy his freedom and independence as an ordinary citizen, because someone with his failed record and thought-capacity should never be in charge in this country again. He is spineless and shameless.