These Dutch people ain’t easy. For hundreds of years – after hundreds of years of being the worst slave owners on planet earth – they refused to leave us in peace when the British kicked them out. Yes…it’s all those Dutchmen scaring the bejesus out of the unwary who happened to cross grounds where they might’ve horsewhipped our forebears. And don’t think your Eyewitness is making this up – just ask any of your relatives from those villages and wards with Dutch names. Like Zeelugt or Ruimveldt!!

And just when you hoped we’d get rid of them since we’re concreting over their yards – yes… they can’t apparate through solid concrete!! – up comes these warnings almost daily in the press that we’ll be catching the “Dreaded Dutch Disease”!! And why?? Cause we’ve just struck oil and we’ll be the fastest growing economy in the world!! Looks like there are dark linings behind THAT silver cloud!! And here your Eyewitness was worried that with so much money flowing in, we’d be in danger of getting as fat and blubbery as Jabba the Hut – with all the fatty foods we’ll now afford!!

In the past, your Eyewitness used to ignore these wailing Jeremiahs preaching doom and gloom. But after being hit by COVID, monkeypox – and the PNC-rigging attempt! – -in the last two years he ain’t taking no chances!! But how to avoid kooks like during the COVID scare who insisted vaccinations were just a con job and they’d not only harm us in the here and now – but also in the hereafter!! Was this “Dreaded Dutch Disease” just another scam??

So your Eyewitness decided to look into this next-big-scare!! Seems that when all this money starts rolling in – especially when it’s foreign money and we all begin to sing that old hit – “Money in the land with the Yankee dollar bill!!” – all kinda weird things gonna start happening. And not just us starting to tell vendors on the pavement “keep the change”!! Evidently, with all that moola coming in from oil, we’ll start ignoring our old standbys like rice and sugar that kept us going all these years!! But hey!! Isn’t that what’s SUPPOSED to happen??

Look at America and Britain – and for the latter not just because their Queen’s passed. They used to make their living from growing wheat and cattle. Well, they still grow some – but is that what’s raking in the big bucks?? No siree Bob!! THEY MAKE THEIR MONEY FROM MONEY – doing trading in something called “derivatives”!! It’s just a fancy word for gambling in all sorts of financial stuff.So let’s train those kids getting 27 CSECs to gamble and voila!! – no Dutch Disease!! That wasn’t so hard, was it??

In addition to your Eyewitness’s suggestion about us training some derivative mavens to make money on the trillions (Ok…Ok…Guyana dollars, but that’s still $USBillions!!), we’ll be accumulating in our NRF, Pres Ali’s also been putting some thought into preventing that Dreaded Dutch Disease. As a centrepiece of the new Silica City he’s creating near CJIA, there’s gonna be an “Innovation Village” – to nurture cutting-edge technological start-ups. Our local Silicon Valley. Silica City, Silicon Valley…get it??!! The “Village” part of the name, to be honest, jarred your Eyewitness’s sensibilities. “Village” connotes to him, arts and crafts – not unicorns dealing with smart apps!! 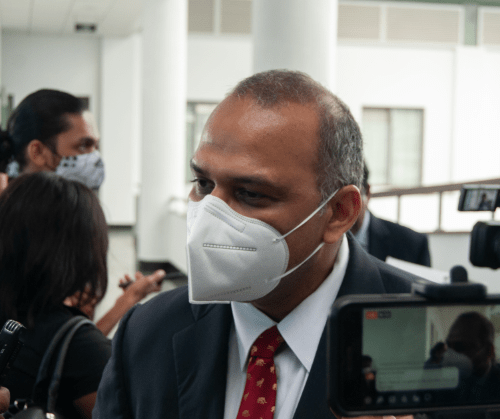 Health Ministry does not anticipate many monkeypox cases in Guyana

But just as America still produces wheat and cattle – even though cowboys have faded from the scene, President Ali is trying valiantly to keep the venerable sugar industry going. Maybe just to produce enough for our needs? After all, we’ve developed quite a national sweet-tooth – and not only to dunk spoonfuls of sugar into our “cuppa”!!He’s put together a “Technical Team” to aid the troubled industry.

The CoI to investigate the March 2 elections fiasco by the APNU/AFC combine was sworn in yesterday. It won’t only find out WHAT happened – but will make RECOMMENDATIONS on what should be done to prevent future riggings. Ouch!!