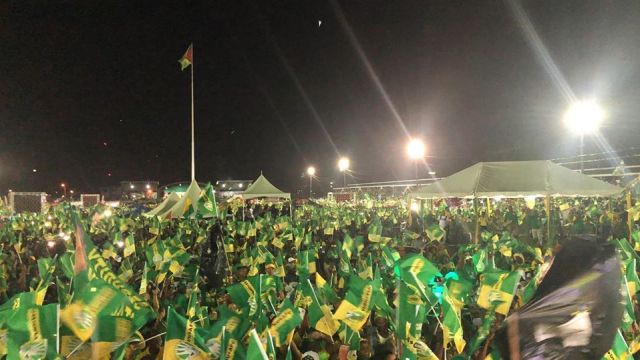 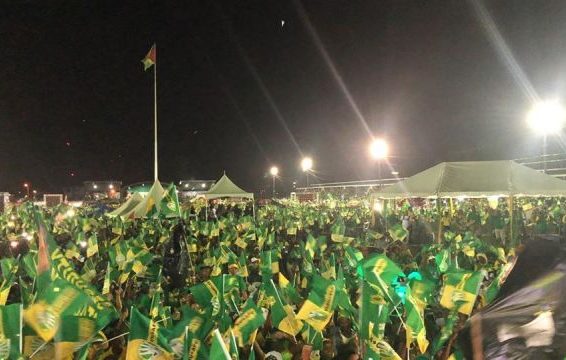 Letter: Opposition has consistently lied to its supporters

Over the last year under the PPP/C Government, we have seen massive development throughout the country despite the pandemic and other forces being at play. The Government has been working assiduously to fulfil their manifesto promises and thus far, they have done just what they promised to do. Such is an indication of great things that are yet to come under the PPP/C-led Administration. However, despite the Government working towards developing the nation and bettering the lives of the people, we see the Opposition APNU/AFC trying very hard to derail progress almost every day. One thing is made clear through their behaviour; the coalition will do anything for political mileage even if it means stooping to the lowest point possible. I cannot say that better is expected from them because that’s just in their nature and it has been that way from the inception.

However, I write today to express how badly I feel for the APNU/AFC supporters who continue to be lied to and abused by the so-called “Opposition” on a daily basis.

Editor, the coalition has a history of lying to their supporters. They have lied so many times that it would be impossible to keep track of all the lies. I wish to point out that prior to the 2020 elections the APNU/AFC started what I would call their “campaign of lies” beginning with the appointment of Justice Patterson as the Chairman of GECOM. They lied to their supporters saying that his appointment was constitutional when in actuality, it was not.

They lied saying that the No-Confidence Motion brought before them would not succeed but in actuality, it did. They then lied saying that 33 is not a majority of 65 when even a school dropout would be able to tell you that it is indeed a majority. They also managed to come up with some very creative lies during the elections period like saying that the Russians were trying to rig the paper-based election. That just showed the level of stupidity that was emanating from their camp. Lies upon lies they fabricated during that very period to say that they won the elections. In fact, they told so many lies that they couldn’t keep their story straight. First, they said that they won the elections, but as we all know, they were trying to alter the results in their favour using their destructive elements. When their rigging attempts were brought to light, they then lied to their supporters to say that the recount would prove that they have more votes. The recount debunked that lie in front of the international community. They then went on to lie saying that they would be back in office within three months of winning the election petition. Did they? No, because they just continue to embarrass themselves as if they were clutching to straws at that point. They continue to lie simply because they have to keep their supporters believing in something even if that something is a big fat lie. That just shows how low the coalition will stoop to serve their own interest at the expense of their supporters who they continue to use as pawns.

I can go on and on about the lies that they have been telling from last year to now but there is no need for that since we all can clearly distinguish truth from lies. Editor, at this rate, I have no doubt that the APNU/AFC coalition would remain in opposition for years to come. It is time for their supporters to wake up and say enough is enough. It is time that they stand up and reject the lies being peddled to them by the very people that claim to represent them. The time is now.