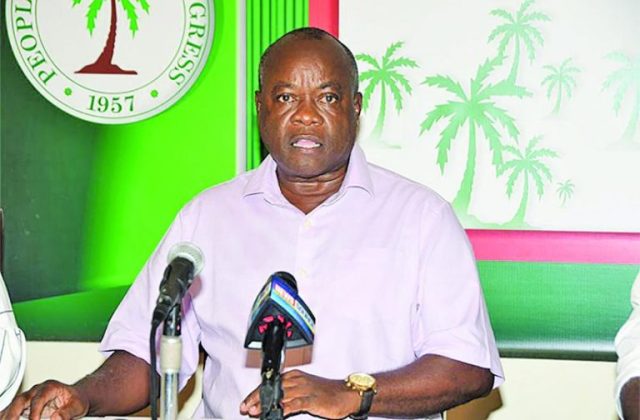 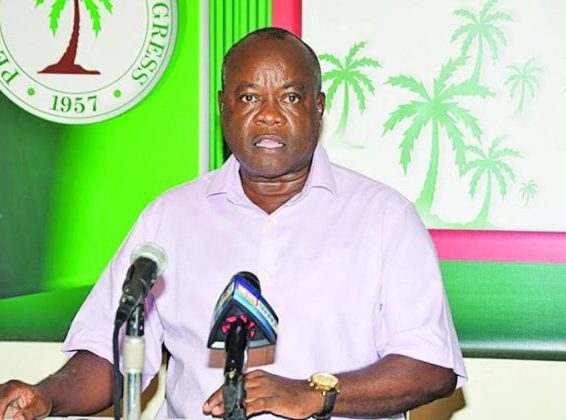 Mr Aubrey Norton utilised his inaugural address to the General Council of the PNCR at Sophia, Georgetown by declaring, among other things, the creation of a new image for the PNCR, mainly through the embrace of democracy. He cited the recent PNCR internal elections, which he boasted were free and fair, but he could not say the same for the PPPC internal elections.

If this is the PNCR’s new approach to politics, they should be applauded for choosing to walk on the democratic path. But what lesson(s) could one draw from the PNCR’s history?
The claim that the PNCR’s last internal elections were free and fair is no guarantee that their participation, along with other political parties, in competitive elections at the regional and national levels would necessarily follow the same track.

Having extolled democracy, Mr Norton later debased it when he called for the removal of the independent GECOM Chair, Justice Claudette Singh, on an allegation of bias. The PNCR are trapped by their own history. It also reveals how they have flouted electoral and constitutional laws, such as making the unilateral appointment of the GECOM Chair (10/19/2017) and failing to step down from power consequent to the successful passage of the No Confidence Motion (12/21/2018).

Norton’s presentation was also aimed “to restore the party to the glorious days of Forbes Burnham…” He lamented the condition of the PNCR party under David Granger’s leadership: “I have inherited a party that has four categories of workers: guards, drivers, clerks and handymen.” (published in the media 3/11/2022)

The urgent need for image-building is also suggested by former PNCR Leader Mr David Granger, who had earlier called for the establishment of a new political culture. He stated: “Some persons [PNCR operatives]…were elected to office not to satisfy their private hunger for wealth or their personal passion for power, but to serve the people whom they represented. The Party has a sad record of revolt.” (as stated in the media of 12/18/2021)
Notwithstanding this perspective, a more plausible motive for creating a new image of the PNCR lies in the post-2020 election saga, when PNCR-aligned GECOM executive staff attempted to stage an electoral heist; a process that was thus elegantly described by the Head of the OAS observer mission, former Jamaican Prime Minister Bruce Golding: “I have never seen a more transparent effort to alter the results of an election.” (3/14/2020). It should be noted that the OAS observer team withdrew with disgust after Clairmont Mingo made a second contested declaration of results for Region 4. The EU team also withdrew, citing COVID-19 as their pretext. In addition, all the western diplomatic missions, the international observer teams (Commonwealth, European Union, Carter Center) were appalled at the PNCR’s post-election shenanigans, and were also bewildered when the PNCR had failed to produce their SoPs.

Not receiving support for their claim of electoral irregularities from any country during the 5 months’ election fiasco and after, PNCR’s operatives became belligerent and began a campaign to vilify the GECOM Chair; diplomats; Caribbean Leaders, including Mia Mottley of Barbados and Dr Ralph Gonsalves of St Vincent and the Grenadines. This action led to the isolation of the PNCR.

Norton, therefore, had no choice but to engage in damage control and to present a new image of his party, as well as to reach out to diplomats and regional leaders. 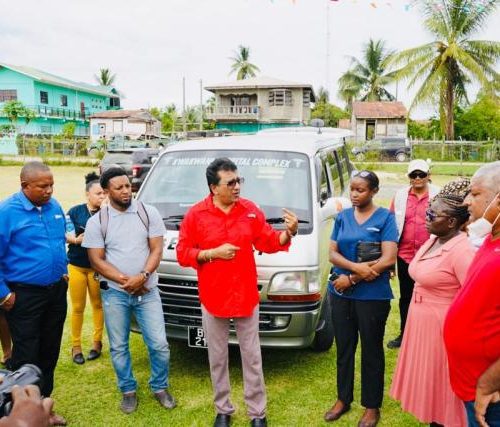 Kwakwani hospital benefits from donation of an ambulance

In trying to create a new image, however, Mr Norton believes that his first building block is to blast the PPPC Government with allegations of corruption, race discrimination, rigging, incompetence, all of which are not verifiable empirically. A sound PNCR image cannot be built upon this negative posture; instead, it must be built upon the party’s clear vision, which unfortunately was not well articulated and defined, and which had many components that are already being implemented by the PPPC.

Further undermining his image-building drive was his astonishing claim that the 2020 elections were rigged by the PPPC. But he failed to say how an election machinery that was conducted by a PNCR-aligned GECOM executive body could have allowed the opposition PPPC to rig the election? How were the PPPC operatives able to avoid the “eagle” eyes of the PNCR’s polling staff and the numerous observer teams’ scrutiny?

The political landscape has become extremely competitive. No one ethnic group is dominant. All political parties know that the grip of race, which has historically played a huge role on determining voting preference, is gradually fading, and is being replaced with issues defined by logic, reason, and evidence. In the circumstances, political parties that articulate a clear vision and generate better policy and programme choices would correspondingly increase their chance of electoral success.