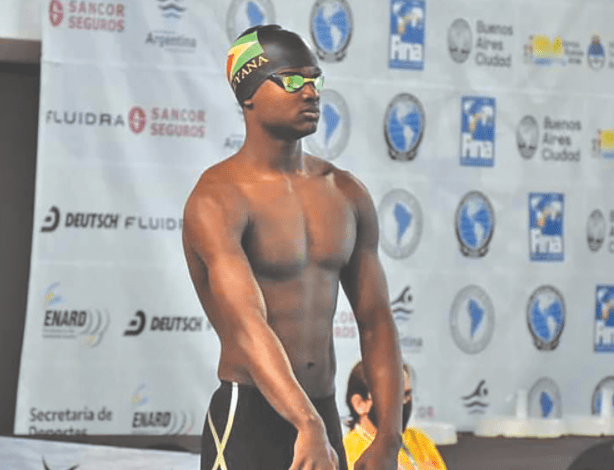 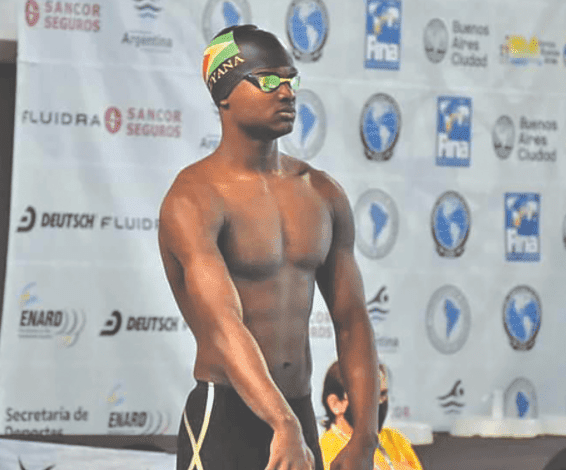 Teenage swim sensation Leon Seaton Jr will, later this week, embark on yet another Fédération Internationale de Natation (FINA) Swim scholarship in hopes of further developing and fine-tuning his talents in the pool.

Seaton Jr., who is attached to the Silver Sharks Aquatic Swim Club as an elite swimmer, is said to be departing this week for the Azura Florida Aquatics in Davie, Florida, USA, where he will complete his second FINA scholarship stint.

Based on his unique ability to rise to the top spot (males) in Guyana’s swimming, and the intention to have him represent Guyana at upcoming World Championships, the Olympics and a number of other international swim meets, the teenager has been selected by the Guyana Amateur Swim Association (GASA) to take up the opportunity so as to meet qualifying times for some of the aforementioned future events.

With the 50m and 100m freestyles being his pet events, Seaton Jr is no stranger to Azura Florida Aquatics, which he represented, along with national duties, in 2021 at a number of meets across the world. As such, the elite swimmer is preparing mentally and physically to utilise his new year at Azura for a more extensive training regimen, and to further shave times off of his current records.

Going forward, however, the youngster would not be limited to his ‘pet events’ as he looks to remain open to the First World coaching being offered at Azura Aquatics and seeing where his development would take him.

Sharing a comment on the new opportunity, Seaton Jr. noted that he is ready to take constructive criticisms as he develops his craft.

“I have had time to reflect on my strengths and weaknesses, and I now know where I need to put in the most work. Swimming is what I love to do, and this time around I’m taking the constructive criticisms, the disappointments, and in particular the positive words of my mentors, Coach Sean Baksh and my family as fuel to my fire,” Seaton Jr. shared.

He further stated, “I intend to make myself, family, sponsors, and especially all Guyanese local and in the diaspora very proud”.

The youngster has also extended gratitude to those who have been instrumental in his swimming journey thus far. For instance, FINA, GASA, Senior Coach Sean Baksh, his father Leon Seaton Snr. who plays a pivotal role in his training, the Government of Guyana, the Guyana Olympic Association (GOA), and his sponsors.

During his first stint at Azura Aquatics, Seaton Jr entered many FINA-commissioned swim meets and competitions, such as the South American Swim Championship in Argentina, where he produced a personal best (PB) of 24.84 in the 50m freestyle sprint. Some of the other competitions during the previous scholarship period at Azura Swim Aquatics included the Puerto Rico International Swimming Open, Azura Winter and Spring Intrasquads, 2021 Senior Qualifier, UANA Tokyo Qualifier, and representing Guyana at the Jr PAN AM in Cali, Colombia. Seaton entered the 100m freestyle sprint, where he placed second in his heat at a time of 54.42 which bumped his FINA Points to a whopping 640.