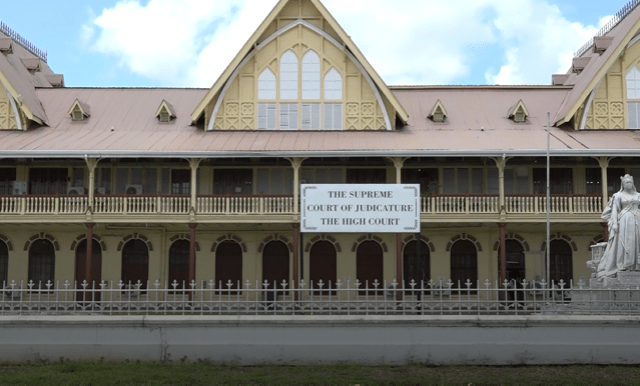 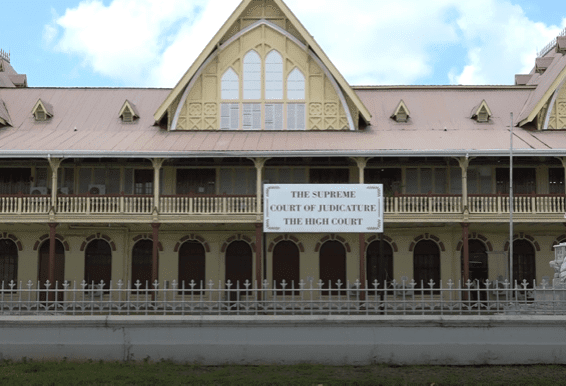 With lawyers given deadlines to file submissions, Chief Justice Roxane George has fixed January 20, 2022 to hear arguments in the case filed by three of the country’s major public service unions, challenging the Government’s COVID-19 Emergency Measures as being unconstitutional.

The Guyana Public Service Union (GPSU), the Guyana Teachers’ Union (GTU), and the Guyana Trades Union Congress (GTUC) – which represent thousands of public servants – have listed Attorney General Anil Nandlall, SC as the only respondent in the legal proceedings.

High Court Judge Fidela Corbin-Lincoln had, in September, denied a request by the Unions to bar the COVID-19 vaccination and testing policy instituted by the Government. Through Attorney-at-Law Darren Wade, the Unions were seeking several injunctive reliefs against the State; but none of them was granted.

The Unions had asked the court to grant an interim injunction preventing the State from implementing the requirement that public sector workers show proof of vaccination against COVID-19 or produce a negative PCR test result at their own expense.

The Unions also sought an interim injunction requiring the State to bear the cost of regular testing for Public Servants until the determination of the substantive matter – the application challenging the constitutionality of COVID-19 Emergency Measure published on March 16, 2020 in the Official Gazette.

The Unions contended that former President David Granger exceeded his authority when he issued those COVID-19 measures purportedly in accordance with Section 21 of the Public Health Ordinance. They contended that the former President’s act amounts to an unconstitutional delegation of his powers and an infringement of Article 111 of the Constitution of Guyana.

Ultimately, the Unions are seeking an order of certiorari quashing the COVID-19 Emergency Measures dated March 16, 2020, as it relies on an unconstitutional grant of authority to Granger, which they argued renders it invalid and void of effect.

While she said the court is empowered to grant interlocutory injunctions against the State, Justice Corbin-Lincoln held that the Unions failed to provide prima facie evidence which is required from a party seeking to restrain the enforcement of a law.

According to her, the substantive matter raises serious issues to be tried. Among them is whether Granger acted outside of the powers conferred on him under Section 21 of the Public Health Ordinance, under which he purportedly issued the measures.

She said there is the question of whether COVID-19 is a disease specified under Section 21 of the Public Health Ordinance, of which the Board of Health, and by extension Granger, using delegated powers, could exercise the powers conferred by that section.

The Judge said there is also the issue of whether Granger, using that power, could further delegate it. The former Head of State, in issuing the measure, had declared that COVID-19 is an infection, and had directed the Health Minister to take all the necessary measures to control the spread of the disease.

The measure specifies that a public building refers to a building to which the public has lawful access, and includes both privately and publicly-owned buildings. Justice Corbin-Lincoln reasoned that, in considering the grant of the injunctions, the court must consider all the circumstances, including the interest of the public.

“To make an interim order directing the State to pay for PCR test pending the hearing and determination of this matter will do no more than bring confusion to what the [Unions] already contend is already a confusing situation,” the Justice noted.

The High Court Judge pointed out that the world has been severely impacted by the effects of the pandemic. This, she added, has led governments throughout the world to employ various measures to contain and reduce the spread of the virus. Those measures, according to her, include mandatory lockdowns, quarantine, curfews, and mask-wearing, she further added.

She said, “The introduction of vaccines is the most recent effort to address the pandemic. The court is not deaf to the debate raging around the world [concerning] the efficacy or effectiveness of the vaccines, the legality of mandatory vaccination requirements, and whether the implementation of mandatory vaccination is a reasonable infringement on constitutional rights.”

But these matters, she said, are still to be tested in the court. Justice Corbin-Lincoln further related that reports suggest vaccine hesitancy is a live issue in Guyana for various reasons.
Reminding that the Government has already implemented a vaccine and PCR test requirement for entry into public buildings, Justice Corbin-Lincoln held, “The State has a duty to take measures to [stop] the spread of the disease.”

While the Unions have given evidence of the challenges suffered as a result of the implementation of the policy, the Judge found that there was no evidence of irreparable harm being suffered to warrant the grant of the interim injunctions.

“It would not be in the stability of the public to grant an interim injunction restraining the Government from implementing any future or even the existing vaccination measures when it is yet to determine whether or not [Granger] acted ultra vires,” she added.