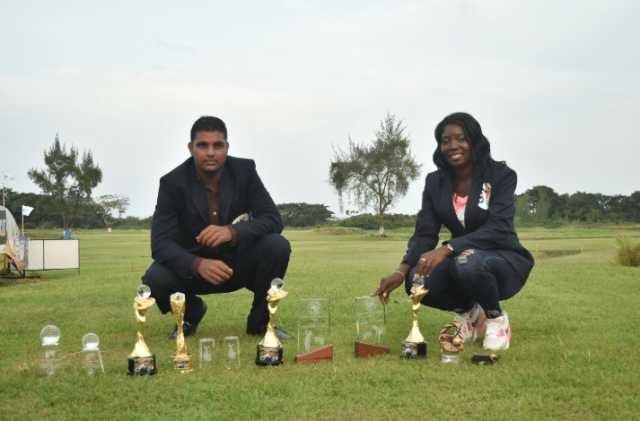 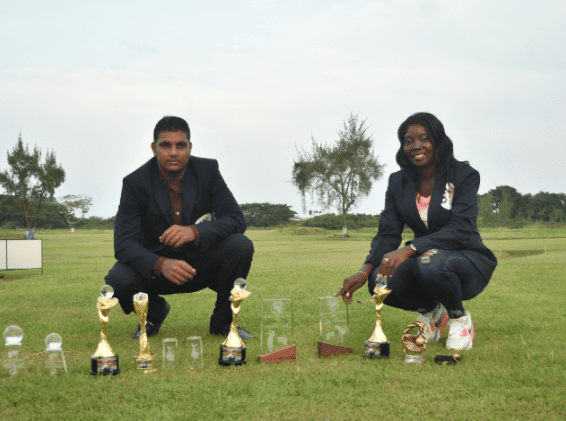 It was a day filled with lots of thrills, ups and downs, emotions and drama as the curtains finally closed on the GTT Guyana Open.

The tournament saw a total of 75 players from all around the world battle for top honours over a two-day period. In the end, it was Aavinda Kishore, who defeated his brother Avinash Persaud (10-time Guyana Open winner) and Shenella London, who edged past Christine Sukhram to walk away with top honours in the men’s and ladies categories respectively. This means that both Kishore and London are two-time champions.

At the end of the tournament, both brothers had a chat with Guyana Times Sport.
Kishore said, ” I feel good, I feel nice, I know that I am the only guy that can beat him here. I was nervous all the time, from the beginning to the end, but I just kept it calm and the game plan was to just do whatever he does as I was one stroke ahead.”

Sharing the moment with his brother, Persaud said, “I feel great for him ,as I know the only person that can beat me is him and next year is simple: just to go back and practise hard and beat him.”

Female champion London, in her statement to this publication, said: “I am excited, I give all honour to My Lord Jesus Christ and all honour to pope Emmanuel London who put in that extra work. I was nervous and I was tired, it wasn’t easy, but, at the end, I came out successful.”

The tournament was sponsored by GTT (the title sponsor); the Bank of Baroda; ANSA McAL; Banks DIH; Inter Caribbean; and Montra Restaurant and Lounge.