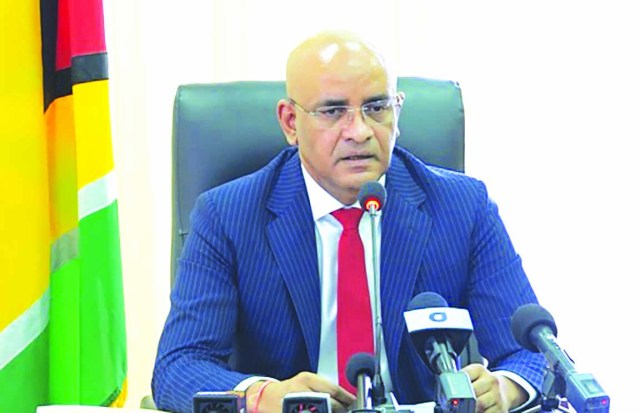 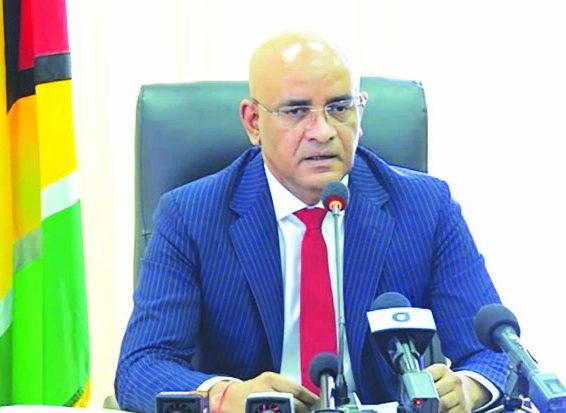 Jagdeo says PPP in “readiness mode” for LGE this year

Vice President Bharrat Jagdeo on Friday declared that the People’s Progressive Party/Civic (PPP/C) Government is ready for the hosting of Local Government Elections (LGE) this year once the Guyana Elections Commission (GECOM) has preparations in place.

“We’re already gone on an election footing. We’d be ready were elections are held this year or next year. We don’t control when that happens, GECOM does but we’d be ready at any time,” the Vice President stated during a press conference on Friday.

Local Government Elections in Guyana, which is constitutionally due every two years, is long overdue having been last held in 2019.

According to Jagdeo, who is also the General Secretary of the governing PPP/C, as soon as the Elections Commission indicates its readiness for Local Government polls, a date will be set.

“GECOM would have to write indicating when they are ready. But [in] the People’s Progressive Party, I speak as General Secretary, I’ve already convened a meeting and we’ve already started working on our organisational structures around the country. We’ve put our party in a readiness mode,” he posited.

Only this week, GECOM Chair, Retired Justice Claudette Singh assured that preparations are ongoing for the hosting of Local Government Elections before the end of this year.

But Leader of the A Partnership for National Unity/Alliance For Change (APNU/AFC) Opposition, Aubrey Norton has announced that they will not participate in and also threatened to block any elections from being held if the voters’ list is not cleansed. Since losing the March 2020 elections, the coalition Opposition has been claiming that the list is bloated.

Already, the GECOM Chair explained on Tuesday last that the upcoming Claims and Objection Exercise, which will roll out on August 22, can be used to challenge the presence of any names on the list in accordance with the appropriate laws.

Based on a 2019 High Court ruling, GECOM cannot remove any person from the National Register of Registrants (NRR) – from which voters’ list is compiled – unless they are dead or otherwise disqualified under Article 159 (2), (3) and (4) of the Constitution.

To this end, Jagdeo contended during Friday’s press briefing that the PPP/C Government is not going to fall into Norton’s trap and act unconstitutionally.

“The Chief Justice [Roxane George] ruled that it’s unconstitutional to remove people’s name based on residency. This is precisely what Norton wants us to do, to act in an unconstitutional manner. If we were to do so, just imagine what will happen. All you need is one person who is not resident in Guyana to go to the court and challenge, and immediately that will be overthrown [and] that will be declared unconstitutional.”

Nevertheless, VP Jagdeo is of the view that Norton will backtrack on this position once Local Government polls are called and will contest the elections.

“Norton can’t bully the Government or the country into not having Local Government Elections… Local Government shall take place. We don’t know the timing because we don’t control that [but] the PPP will participate. He now has to backpedal and backdown, basically, and contest the elections. I’m sure he will so don’t worry about all this big gyaff,” Jagdeo stressed.

Further, the Vice President bashed the Opposition Leader for also trying to bully the GECOM Chair by calling for her resignation. In fact, he recalled that on two recent occasions, Norton had made some threats against Justice Singh – something, which he outlined, has not been condemned.

“I’ve seen him on several occasions say some of the most disparaging things about the Chair of GECOM. But what bothered me the most is that on two occasions, he has issued a not so veiled threat to the Chairman of GECOM and I’m shocked that civil society and the international community has not responded to this.” “That Norton has threatened on more than one occasions, the Chairwoman of GECOM, the head of an independent statutory body because he’s not happy with her. He’s threatening that if she’s not removed, she’d have to face some consequences and not a single member of civil society, the conscience of the country, nor anyone from the international community has called him out on this threat,” Jagdeo asserted.

Nevertheless, he disclosed that Government would be writing to every international organisation to expose the Opposition Leader’s threats to the GECOM Chair.

In response to the Opposition’s claims that she sides with the Government-nominated Commissioners on the Elections Commission, Justice Singh told reporters last Tuesday that she always acts in conformity with the laws of Guyana.

The Chairperson was adamant that with her background as a former Judge, she always endeavours to make decisions fairly.

“I am not aware that I do something like that. Anything I do, I do in accordance with the law. And I try, as a former Judge, I always try to uphold the rule of law. But there will be criticisms.”

“If you sit on the bench and you make an adverse decision, the party that loses would say you’re biased, you take a bribe, whatever. So, there’s always a way they can criticise the decision. That’s up to them,” she asserted.

Further, Justice Singh went on to add that “when the time comes, I will leave”.