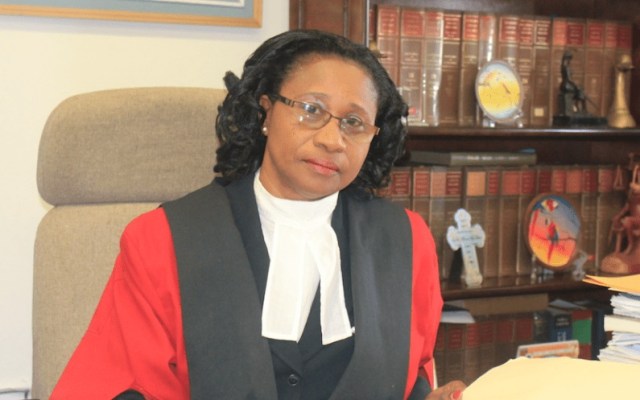 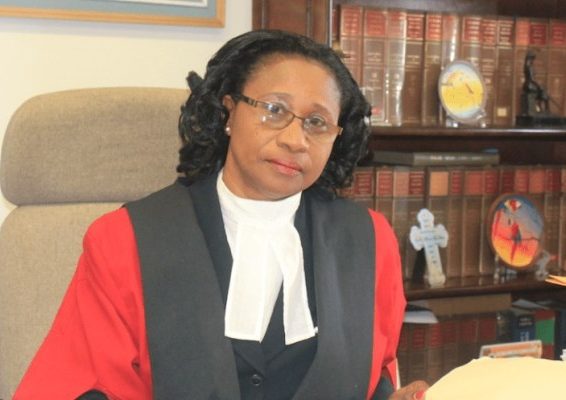 From two University of the West Indies (UWI) academics questioning the independence of the Guyana Court of Appeal to Attorney General Anil Nandlall, SC, calling on Judges to obey the statutory six-month timeframe for rendering written judgements, over the past few weeks, the local media has been buzzing with articles concerning the Judiciary. The reports, however, have not been overlooked.

In fact, the Chancellor of the Judiciary, Justice Yonette Cummings-Edwards, has expressed much dissatisfaction about the reports on “social media and otherwise” criticising Judges. Although she did not single out any report, she described the situation by saying, “It is a sad state of affairs in Guyana.” Justice Cummings-Edwards did so during the hearing of a civil matter on Monday at the Court of Appeal.

In the absence of much-needed resources, she made it clear that the Judges, though limited in number, continue to do their work assiduously. Obviously referring to the commentators, she said, “They sit in their ivory towers and make their statements on social media and otherwise; it is a sad state of affairs in Guyana.” Contrary to reports, the Chancellor said that judicial officers have been writing judgements.

Pointing to a specific judgement, she said that it is recorded in the West Indian Law Reports which is published by Lexis Nexis in London. But she pointed out that there are no facilities for publication here and this is why the Judiciary does not have a website as yet for publishing decisions.
One of the Judges sitting on the panel asked that she be recused from hearing the case since she presided over a matter related to the case at the High Court.

While counsel on both sides – Attorney-at-Law Pauline Chase and Senior Counsel Robin Stoby, the President and Vice President, respectively, of the Bar Association of Guyana saw no bias with the Judge sitting – the panel agreed to consider the issue further.

The Chancellor nevertheless assured, “we [the Judges] are all transparent, we are dealing with all of this to put all the facts out in the interest of justice”. Should that Judge be removed, a Judge from the High Court will be added. The Chancellor then highlighted that there is a small number of Judges.

“We are in a sad state indeed… legally given our numbers and an even more sad state given the fact that all Judges are being pilloried even when we are doing our level best at ensuring justice given our small number throughout the length and breadth of Guyana and even by persons who ought to know better.”

“We will have to come back whether with [Judge asking to be recused] or another Judge who we may have to pull either from Berbice or Essequibo or even the limited number right here at the High Court and we will continue this case. But work, we will. We have taken an oath of office and we are true to that oath, we will continue to work,” Justice Cummings-Edwards declared.

In response, Stoby said that he is appalled at some of the comments he has seen on social media.
He said, “I think the difficulty arises…that the Judiciary in its dignity and in its graciousness has or would not be inclined to make any response. But there are times when we feel that perhaps that we need to rush to their assistance, and I would ask the President of the Bar Association to consider that.”

The Senior Counsel noted that the state of affairs is “most unfortunate.”

Meanwhile, Senior Counsel Edward Luckhoo who is representing one of the parties, said, “the unenvious position the Judiciary finds itself in, is when these allegations and assertions are made it is… for them to respond…they are really in a position where allegations are made and where they are precluded by their dignity from being able to respond. I think that is the problem.”
“Indeed, it is,” the Chancellor replied.

In their recent research paper titled: “The Judiciary and the 2020 Guyana Elections”, UWI lecturers Dr Ronnie Yearwood and Cynthia Barrow-Giles asserted that some of the judgements that came out of the Court of Appeal in relation to the March 2020 elections are highly questionable.

Examining the rulings handed down by that court, Dr Yearwood, a qualified lawyer in Barbados, England and Wales, and the British Virgin Islands, who lectures law, said that many judgements rendered by the Court of Appeal were “corrected” by the Caribbean Court of Justice (CCJ).

He reasoned that it seems often that Guyana’s High Court and the CCJ were on similar wavelengths and similar thoughts and reasoning.

“It was often the Court of Appeal where the judgement seems to go awry and then the CCJ correcting the Court of Appeal to say actually what the High Court originally ruled as the exclusive court to deal with electoral matters was right, so we often saw that happen.”

Meanwhile, Barrow-Giles who led the high-level Caricom team to supervise the recount of all ballots in Guyana, said considering what the Court of Appeal had to say on the same matters that were addressed by Chief Justice Roxane George, SC – whom she described as highly respected – in her view “some of the judgements that came out of the Court of Appeal are highly questionable”.

While noting that she is not a lawyer and did not want to impute anyone, the Senior Lecturer in Political Science opined that there might be a connection between the appointment process for Judges and some of the judgements rendered.

There has been no JSC since 2017. The last JSC was appointed by former President Donald Ramotar on September 11, 2014. The tenure of each appointed member is for three years, therefore, the tenure of the last Commission expired on September 12, 2017.

To this end, Barrow-Giles underscored the need to examine the appointment process for Judges and to ensure there is a complete separation of powers in the region.

The latter, she said, is one of the issues that clearly “comes out in some of the things that we saw coming out of the Guyanese courts in particular”.

The lecturers lauded Justice George for delivering sound judgements in the election-related cases and in so doing, pointed out that many of her rulings were upheld by the apex court.

When it comes to some of the decisions rendered by Guyana’s courts, in particular, the Court of Appeal, Barrow-Giles said that the most important point is the question as to whether or not the courts are truly as independent as they really ought to be, what can be done about that, and whether or not the judgements are also a reflection of the lack of independence of the courts.

Guyana’s Chancellor and Chief Justice have come in for high praises by CCJ President Justice Adrian Saunders. At the launch of Guyana’s revised Code of Ethics for Judicial Officers in early October, he said that the leadership of Justice Cummings-Edwards and Justice George has been exemplary.

He used the forum to applaud Guyana’s Judiciary on its deployment of technology, especially during the COVID-19 pandemic to keep the wheels of justice turning among other achievements. As he congratulated the two women at the helm of the country’s Judiciary, Justice Saunders expressed, “Their leadership has been exemplary throughout the region and beyond all locals can see the results for themselves.”

At the launching ceremony, the CCJ President dismissed the notion of there being rogue Judges/judicial officers in the Caribbean.

According to the jurist, he has spent the last 40 years “in the courtroom, appearing before Judges, assessing Judges, working alongside Judges, supervising Judges, training and being trained by Judges and observing lawyers interact with lawyers, litigants, and the public.”

Considering this, Justice Saunders noted that he is in a fairly good position to give the firm opinion that a decent level of integrity exists among the vast majority of Caribbean Judges
“It frustrates and upsets me that one still hears too often unproven allegations of widespread malfeasants among Caribbean Judges. Those who peddle this view, when you confront them and seek particulars, details, any information to support such a damning indictment, you get little of substance, and if you press hard and are lucky you might get a grudging retraction,” he said.

Justice Saunders noted that attacks on the professionalism of Judges are a practice by losing litigants to persuade themselves and others that they lost because of some “hanky-panky.”