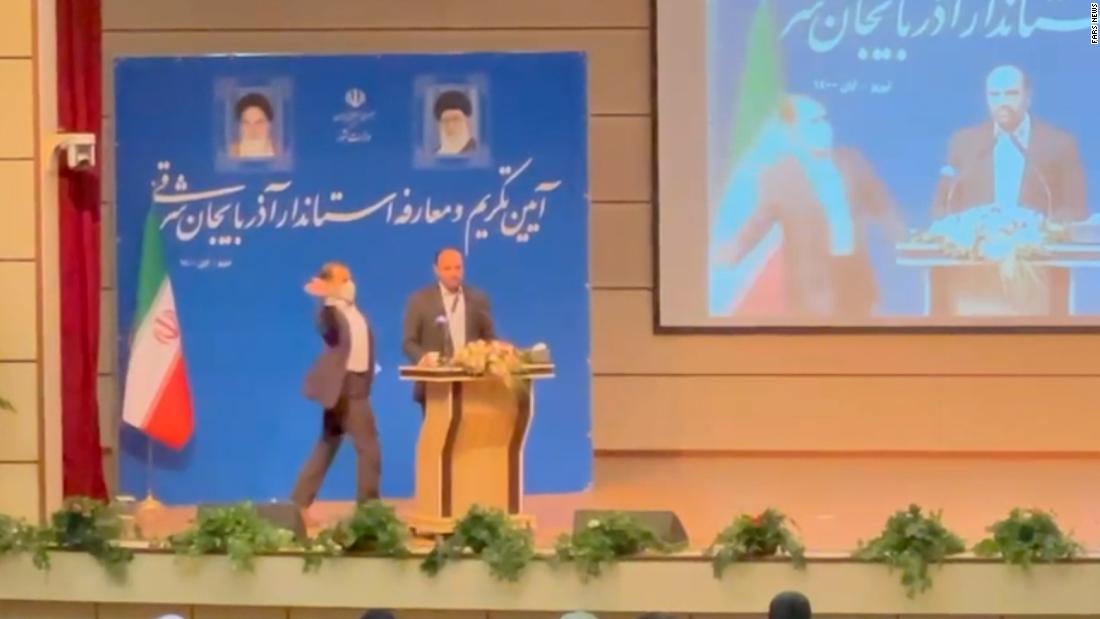 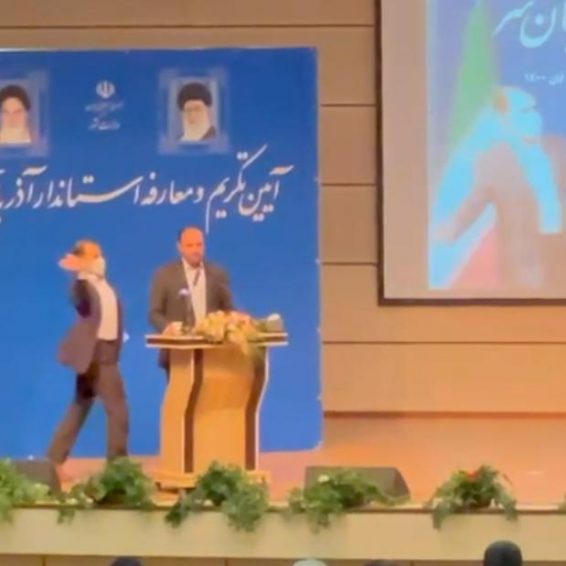 2 months ago·1 min read
ShareTweetPinShare
Home
World News
Iranian governor slapped amid public speech
The content originally appeared on: CNN
Zeinolabedin Khorram, the new governor of East Azerbaijan province, was on stage delivering a speech at the Imam Khomeini Mosque in the northeastern city of Tabriz when the incident took place.
A video posted online by Iran’s semi-official Fars News Agency shows a man calmly walking up to Khorram, slapping him in the face and then shoving him. Security guards can then be seen running toward the offender and pulling him off stage.
It was a rare breach of security in Iran — the event was attended by the country’s Interior Minister, representatives of Ayatollah Khamenei’s office and other state officials.
The semi-official news agency Tasnim identified the offender as Ayoub Alizadeh, a member of the country’s armed forces.
Read More
In an interview with state-run television IRIB, the provincial governor said he did not know the offender personally.
The motive for the attack is unclear. According to Khorram, the offender told the police after he was arrested that he slapped him because he was upset that a man had vaccinated his wife at a Covid-19 vaccine clinic, rather than a woman, IRIB said in its report.
Another report said the attack was not political. When asked about the incident in parliament on Saturday, Ali Alizadeh, a representative from Maragheh, a city in East Azerbaijan province, said “certainly, this person’s motive was personal and it had nothing to do with the appointment of the governor or even his words.”