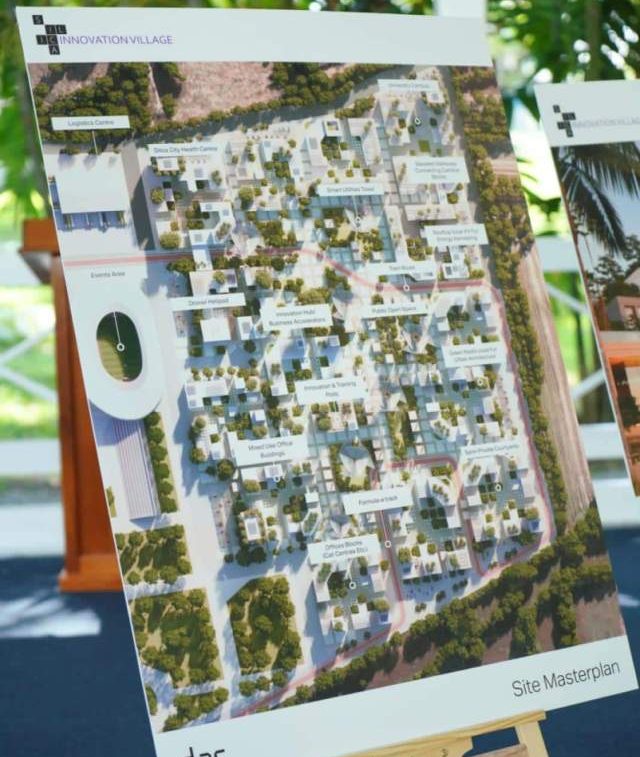 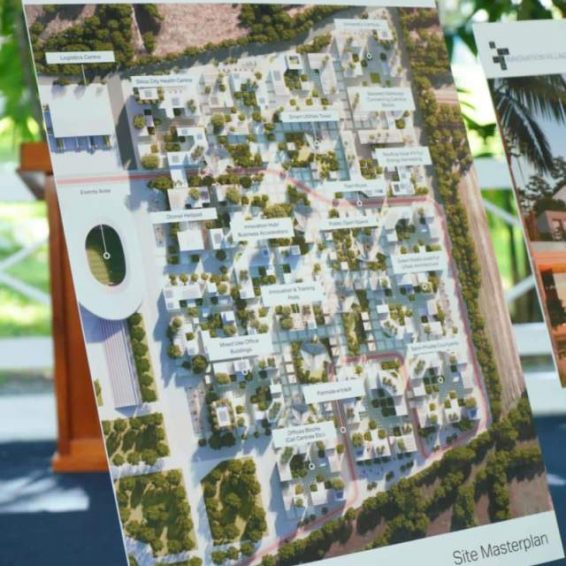 The Innovation Village concept within the Silica City was on Monday solidified when the Guyana Innovation Group and representatives of Dar Consultants made a presentation of the masterplan to President Dr Irfaan Ali and Cabinet.

The masterplan was presented by the team at State House. During the presentation, they explained what the Innovation Village will accomplish. For one, it will connect start-ups and business incubators to established companies, maximising their opportunities.

“According to the group, the Innovation Village will be a geographic area, located within Silica City, where digital and innovative leading-edge anchor institutions and companies cluster and connect with start-ups, business incubators and accelerators.”

“It will be physically compact, transit-accessible, technically-wired and will offer a mix use of housing, office and retail spaces,” a statement from the Office of the President explained.

Meanwhile, President Ali, in his remarks during the presentation, emphasised on the impact of the “catalytical investment”. According to the President, “the aim is to create opportunities for 2030 and beyond.”

Meanwhile, during the presentation, the President was accompanied by Senior Minister within the Office of the President with responsibility for Finance, Dr Ashni Singh; Housing and Water Minister Collin Croal, Public Works Minister Juan Edghill and Tourism, Industry and Commerce Minister, Oneidge Walrond.

Also present were Minister within the Housing and Water Ministry Susan Rodrigues, as well as representatives from the Guyana Lands and Surveys Commission and the Guyana Office for Investment (GO-Invest).

Last month, Rodrigues had visited the site earmarked for Silica City’s first phase development within the vicinity of Kuru Kururu on the Linden-Soesdyke Highway. On her visit, the Minister was accompanied by Permanent Secretary of the Ministry, Andre Ally, CHPA Chief Development Planner Germene Stewart, Director of Projects Omar Narine, Deputy Director Intakab Indarjeet, Deputy Commissioner of the Guyana Lands and Surveys Commission (GLSC) Michael Hutson, and other technical staff.

In a subsequent release, she had said that the inland city, which will complement Georgetown, is designed to address growing climate change risks.

“We are aggressively pursuing plans for the construction of Silica City [and] we are here today to advance the planning and designs for the area, so that we can bring this city to an early realisation,” the Minister had stated.She added, “Silica City will have in its first phase about 3000 acres of land, but we are starting to do the land-clearing for the first 185 acres, which will feature the ‘Innovation Village’ and the first 400 young professional homes.” 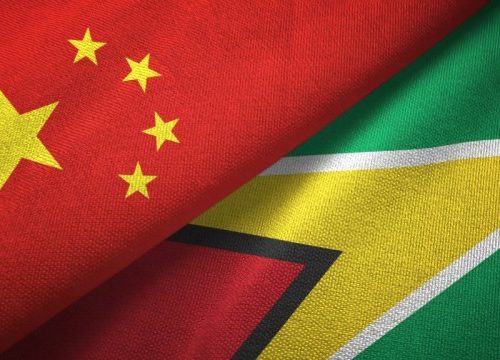 The Minister had stated that the Ministry has already begun shortlisting persons for the homes. First phase development of the city is also expected to feature a number of commercial and industrial developments, as well as hospitals. While these plans are in motion, land acquisition for phase two is also in progress through collaborative efforts with GLSC.

The establishment of Silica City was proposed in 2013 by Dr Irfaan Ali during his tenure as Minister of Housing and Water. It is in keeping with the Sustainable Development Goals (SDGs), the New Urban Agenda, the Housing Act 36:20, and other guidelines.

In his first year in office in 2020, President Ali had revealed that Government had begun discussions on Silica City as a secondary city. He had explained that the Government was looking at an area on the Linden-Soesdyke Highway that would be connected to the new four-lane bypass road.

It had previously been explained that the city will initially cater to just over 3000 households in the first five years and eventually grow to house more than 12,500 households.