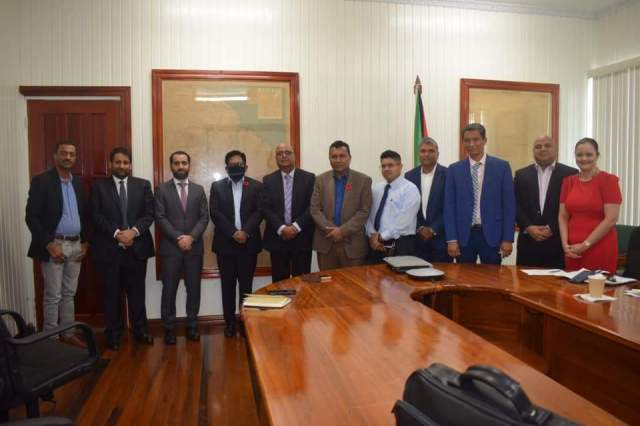 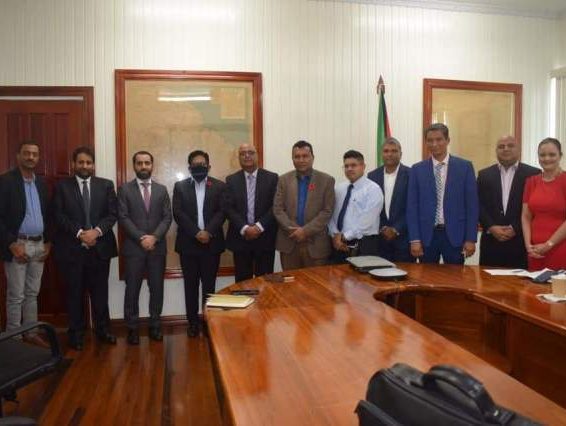 Infrastructure, tourism among areas touted for investment in follow-up meeting with Qatari officials

With Government moving speedily ahead to attract more investors to Guyana and catapult economic development, visiting officials from the Qatar Investment Authority (QIA) were informed of the host of projects that are available for investment.

This was done during a follow-up meeting hosted by Senior Minister in the Office of the President with Responsibility for Finance, Dr. Ashni Singh on Friday with the two QIA representatives, Mr. Abdulhadi F A Al-Hajri and Mr. Dany Farah Nakhoul.

The meeting served as a follow-up to an earlier meeting the officials had with His Excellency Dr. Mohamed Irfaan Ali at the Office of the President the evening before.

During that meeting President Ali had said that the engagement was ‘critical and can open up many opportunities for cooperation between the government, the local private sector and QIA’.

He had also expressed his Government’s desire to make Guyana the hub for agriculture and food security within the region and further afield as he pointed to the numerous opportunities in other sectors that will promote the overall growth and development of Guyana.

Hence at Friday’s follow-up meeting, Minister Singh explained to the Qatar officials that Guyana has a number of projects in both the public and private sectors, some in greenfield stages and others in more mature stages in which the QIA can choose to invest.

During his presentation, Minister Edghill indicated that President Ali is keen on Guyana establishing a transport and logistics network to move the country’s goods to the Caribbean and vice-versa. He also outlined the need for major farm-to-market roads, other roads to facilitate mining and forestry, the upgrading of infrastructure, the building of new infrastructure to take Guyana to the next level, upgrading aerodromes, and the need for new ferries and other water transport.

‘He is a police, his wife is a police, everybody is one’ – family has little hope of justice being served for man killed in WCB accident

In order to supply these needs, the Public Works Minister indicated that Government is seeking public/private partnerships or solely private investment where applicable.
Meanwhile, summing up Government’s presentation on infrastructure, Minister Singh said Government’s major objectives as part of its strategy for infrastructure are to improve international connectivity, unleash Guyana’s productive potential through the improvement of domestic connectivity (opening new agricultural lands, building highways etc.) and improving the ease of commute generally.

Also making a presentation to the Qatar officials was Minister of Tourism, Industry and Commerce Oneidge Walrond who listed the opportunities ripe for investment in the tourism sector especially in the hotel industry and additional niche markets such as eco-tourism where there is need for luxury eco-lodges and resorts in various regions of the country.

Alluding to some of the areas in which the private sector hoped to partner with foreign investors to expand, private sector officials outlined to the QIA officials the need for partnership and assistance financing for more hotels, agricultural expansion, marine and dry dock ports as well as other areas within the private sector which hold future development potential.