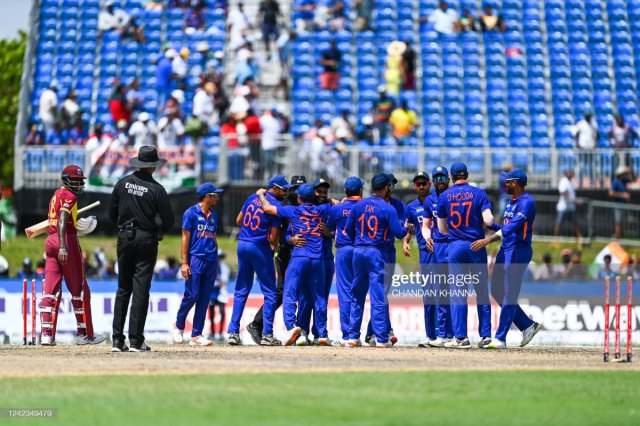 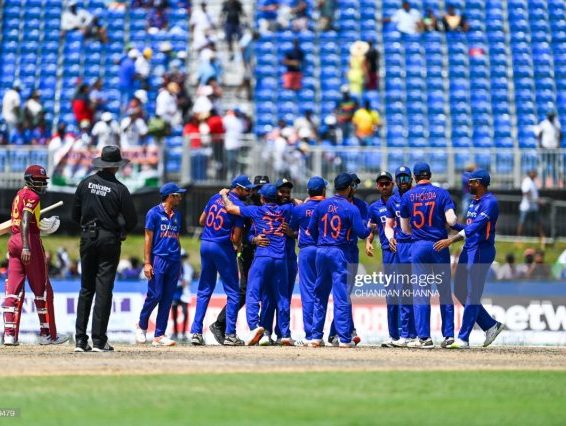 Chasing a total of 192, the West Indies were skittled out for a paltry total of 132.

Earlier, Rishabh Pant played a brisk knock of 44 off 31 balls as India went on to post a total of 191 for five against West Indies.

Pant anchored India’s innings after Rohit Sharma and Suryakumar Yadav had given India a flying start against the West Indies.

Rohit Sharma scored 33 off 16 before being cleaned up by Akeal Hosein, while Suryakumar Yadav was trapped LBW by Alzarri Joseph for 24 off 14.

Axar Patel played a quickfire knock of 20 off 8 balls as India went on to finish their innings on a high.

West Indies won the toss and elected to bowl against India. The toss has been delayed due to bad weather. 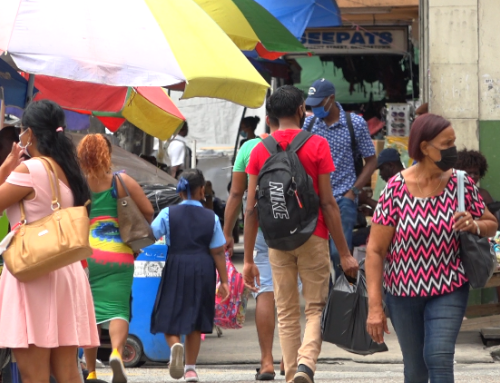 India eye an unassailable 3-1 lead in the series, ahead of the final game at the same venue on Sunday.

India captain Rohit Sharma’s participation is still in doubt after he had to be retired due to a back spasm during India’s innings in the last match.

West Indies, on the other hand, eye a comeback as they look to take the series to the decider.