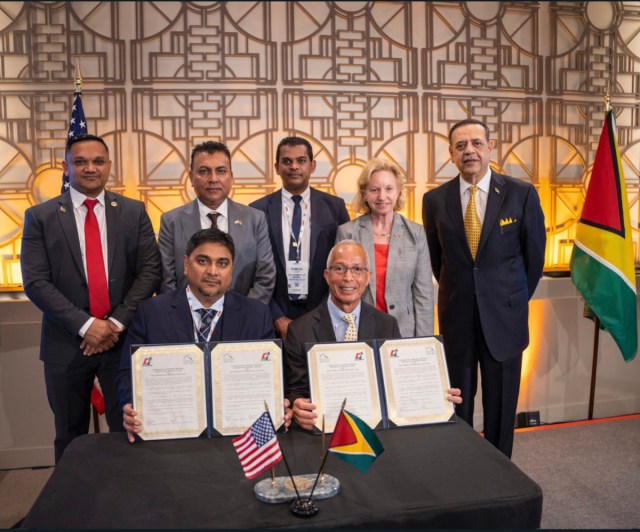 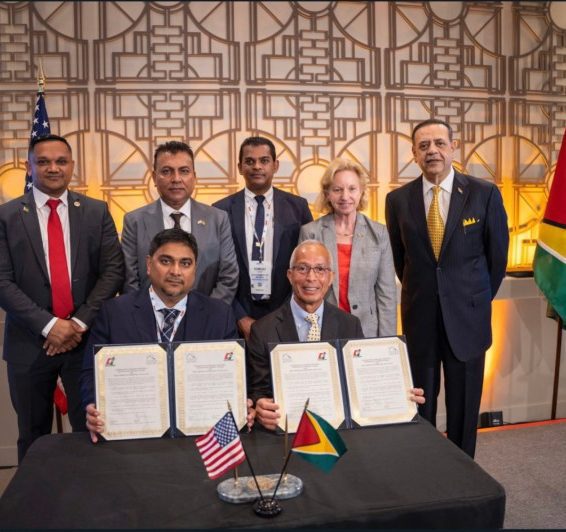 Increased airlift likely between Guyana and Houston as MoU signed

Following months of dialogue between the Government of Guyana and the Houston Airport System (HAS), a Memorandum of Understanding (MoU) was officially signed on Monday.

The MoU, which was signed on the sidelines of the Offshore Technology Conference in Houston, Texas, has established a mechanism between the two parties to strengthen collaboration and promote the expansion of a safe, modern and efficient airport system.

During brief remarks, both Minister of Natural Resources, Vickram Bharrat and US Ambassador to Guyana, Sarah-Ann Lynch, applauded this partnership which paves the way for the exchange of expertise in the areas of operation, economic development and advancements of both airports.

Both expressed optimism that by working together, the airports will be better positioned to increase airlift between Guyana and Houston via the introduction of new airlines and increased frequencies from the existing carriers.

Chairman of CJIAC’s Board of Directors, Sanjeev Datadin signed the agreement on behalf of the Government of Guyana.

Mr. Datadin described the event as a red-letter day in the history of aviation development in Guyana. He noted that this partnership will accelerate the developments already taking shape, not just in Guyana, but more specifically at the Cheddi Jagan International Airport.

Additionally, he reminded that, “Partnerships, such as this, are essential for the sustainability of the aviation sector.”

CEO, Ramesh Ghir, who is also present in Texas, said the Houston Airport System presents an opportunity for Guyana to increase its connectivity to the rest of the world. 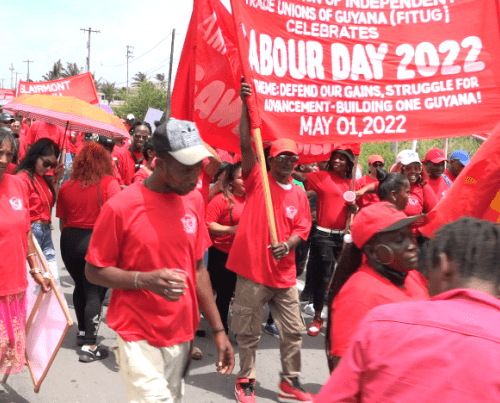 He added that, “HAS is ranked as one of the largest airport systems in the world, which means that such allies in the aviation sector can further increase Guyana’s potential to promote and market itself as being among the top travel and investment destinations.”

The Cheddi Jagan International Airport (CJIA) is expected to benefit, immensely, from this newly signed agreement with the exchange of technical expertise and support between Guyana and Houston. The Houston Airport System provides a safe and dynamic air services network that fosters economic vi-ability for the aviation (transportation) industry.

Also, witnessing the signing were Dr Peter Ramsaroop, CEO of Go-Invest, Mr Lutfi Hassan, Guyana’s Consulate to Houston, and other representatives, who are in Houston, Texas, representing Guyana at the Annual Offshore Technology Conference.