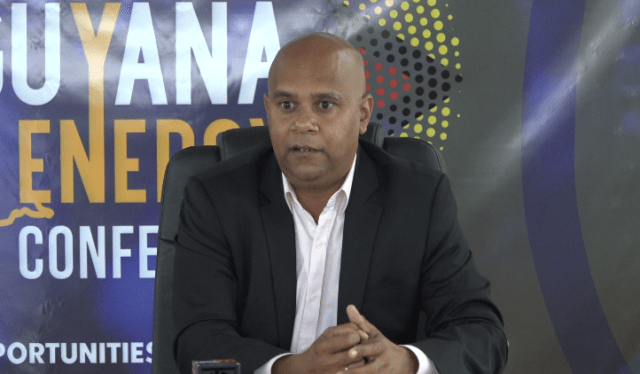 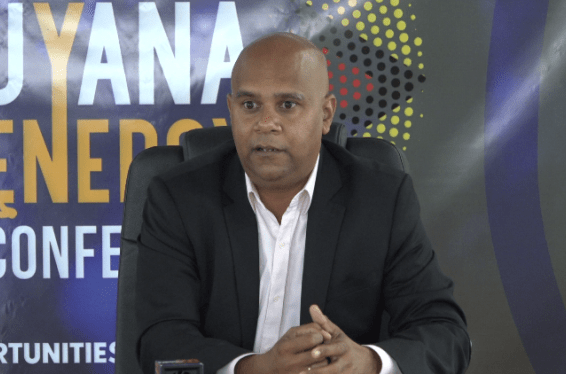 If local firms have the capacity, they must get preference for jobs in oil and gas sector – GCCI Head

5 days ago·2 min read
ShareTweetPinShare
Home
Local News
If local firms have the capacity, they must get preference for jobs in oil and gas sector – GCCI Head

While noting that its calls for local content legislation is not a means to discourage foreign investors, President of the Georgetown Chamber of Commerce and Industry (GCCI) Timothy Tucker contended that if Guyanese firms have the capacity to do any given job, they must get preference, especially when it comes to the burgeoning oil and gas sector.

During an exclusive interview with INews, the GCCI Head explained that local content laws will create more opportunities for local companies as well as increase the competitiveness in various industries here.

“It is not to say that we want the elimination [of foreign investment] …we have to be cognizant of [issues regarding] access to finance. Cost of borrowing to Guyanese is different than everybody else who are coming to invest in the market. So, the foreigners already have an advantage on us. So, we’re asking to create that mechanism to level that playing field so we can be competitive,” Tucker explained.

He noted too that local content laws are not meant to give preference to local companies which do not have the capacity to fulfil a specific job.

“But local content is not a tool to get Guyanese into the market without them lifting their standards, or bettering their businesses…it just says, if you have the certifications, qualifications and the capacity to the job, and you’re Guyanese, give you first preference to the job,” Tucker posited.

According to the GCCI Head, a number of local firms have already complained that they are being bypassed for work in the oil and gas sector, even though they have the necessary wherewithal.

In fact, the GCCI has already issued an official statement to this effect, noting that this situation occurs in spite of the indigenous Guyanese enterprise being both commercially competitive and having the technical capability.

Moreover, commenting on ExxonMobil’s announcement of investing US$500M in local businesses since the start of its operations in Guyana, Tucker said this development in commendable, however, it should be examined from a wider perspective.

Eyewitness: Still up in the air…

“We’re happy that Exxon has put the priority in giving and adding locals onto their supply chain, we’re very happy that they would’ve spend US$500 million over the years in (local businesses) in Guyana. But let’s quantitate US$500 million versus what has been spent entirely over the period of time.”

“If you spend a few billion dollars and you’re only capturing US$500 million for locals, then that is exactly the reason why we’re asking for local content,” the GCCI Head posited.

In light of these concerns, Tucker said he is hopeful that local content legislation is introduced soon. In fact, he said the Minister of Natural Resources Vickram Bharrat has assured the GCCI that such legislation will be tabled before the end of the year.

Minister Bharrat, during an event on Tuesday evening, announced that preparations are being made to introduce local content laws.