The hearing in the Guyana-Venezuela border controversy continued before the International Court of Justice (ICJ) on Tuesday, with Guyana’s Co-Agent and Advisor on Borders, Carl Greenidge, describing Venezuela’s preliminary objections to the case as long on rhetoric but short on facts.

During the hearing at the Hague-based ICJ on Tuesday, presentations were made dismantling Venezuela’s illegitimate claims on Guyana’s territory. Greenidge noted that Venezuela has absolutely failed to articulate proper grounds for its case.

“As will no doubt have been apparent to the Court throughout this hearing, Venezuela’s arguments in support of its preliminary objections have been rather long on allegations and rhetoric and somewhat short on substance. One thing, however, is abundantly clear. Venezuela really does not want this court to determine the merits of Guyana’s claims.

“Why, one might ask, is that the case? Is it that Venezuela is concerned that a judgement in the case will, in its very essence, involve a determination of the rights of the UK? Or is it because Venezuela recognises that the legal and factual merits of Guyana’s claims, are overwhelming and a hearing will yield only one possible outcome?” Greenidge questioned.

He further noted that Venezuela is more interested in continuing to hold onto a falsehood, than a final and legal pronouncement on the truth. He reaffirmed that Guyana has no interest in a negotiation conclusion of the border controversy, but a legal one.

“Instead of proceeding to determine the merits of Guyana’s claim, Venezuela urges the court to decline to exercise jurisdiction. So that the dispute between both parties could instead be resolved through a process of negotiation.”

“By making that argument, Venezuela once again invites the court to condemn the parties to perpetual deadlock. And the indefinite continuation of a controversy which has blighted their relations for the entirety of Guyana’s existence as a sovereign state,” Greenidge, a former Foreign Affairs Minister, said.

Meanwhile, one of Guyana’s international lawyers in the case, King’s Counsel Phillipe Sands noted that Venezuela has so far failed to provide any credible grounds for why the 1899 Arbitral Award should be vacated. Sands, a Professor of International Law at University College London, also pointed out inconsistencies in Professor Christian Tams’s arguments on behalf of Venezuela.

Venezuela has been seeking to block Guyana from having its substantive application before the ICJ heard, on spurious grounds that include its claims that the United Kingdom should have been made a party to the case instead of Guyana. 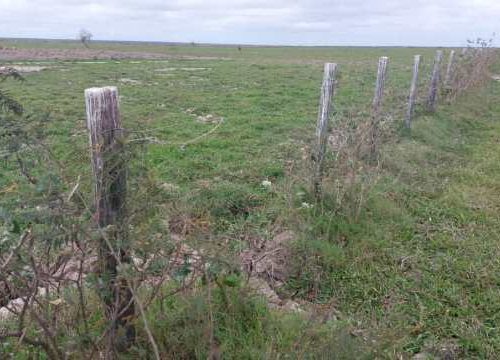 Venezuela has also claimed that the 1899 arbitral award is void due to what it claims was fraud by the UK at the time. The ICJ subsequently revealed in a statement that the date for the court to rule on the preliminary objections, will be announced later.

Guyana’s legal team is headed by Co-Agent and Counsel, Sir Shridath Ramphal, and includes member of the Bars of the United States Supreme Court and the District of Columbia, Paul S Reichler; and Professor Emeritus of the University Paris Nanterre, former Chairman of the International Law Commission and member of the Institut de Droit International, Alain Pellet.

He resorted to judicial settlement after the good offices process between Guyana and Venezuela failed. Within the framework of the 1966 Geneva Agreement between the two countries, the Secretary General conducted good offices from 1990 to 2017 to find a solution to the border controversy.

The Spanish-speaking nation is laying claim to more than two-thirds of Guyana’s landmass in Essequibo and a portion of its exclusive economic zone (EEZ) in which more than nine billion barrels of oil have been discovered over the past six years.

Guyana, among other things, is asking the ICJ to adjudge and declare that the 1899 Award is valid and binding upon Guyana and Venezuela and that Venezuela is internationally responsible for violations of Guyana’s sovereignty and sovereign rights, and for all injuries suffered by Guyana as a consequence.