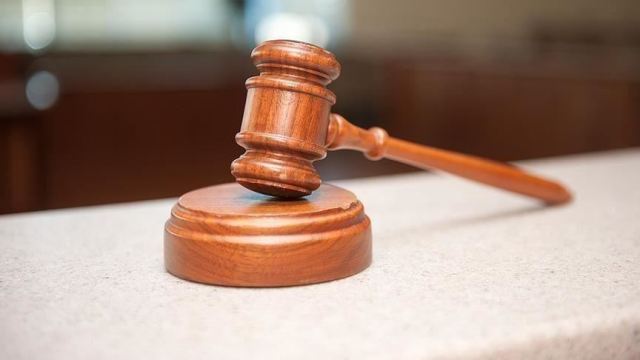 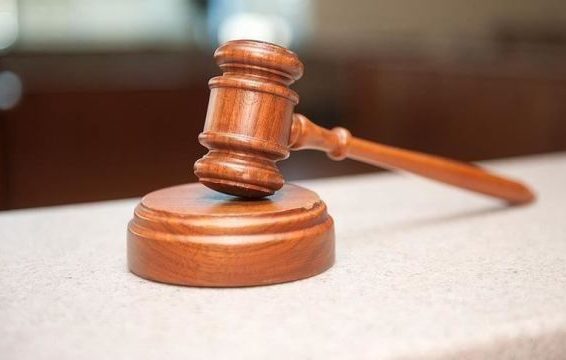 Barbados Today: Guyanese Udisteen Mangaru told police over five years ago that he did not know the work permit stamp in his passport was a fake. Sergeant Terrence Howard of the Financial Crimes Investigations Unit gave that evidence when Mangaru’s case was called before Magistrate Manila Renee on Monday.

Mangaru, who at the time resided at Denton Road Grazettes, St Michael, is charged that on May 18, 2017, for the purposes of remaining in Barbados, he had a Guyana passport in his name, bearing an Immigration and Passport Department work permit dated May 29, 2014 which had not been lawfully issued by the Barbados Immigration Department.

Sergeant Howard, under questioning by Assistant Superintendent of Police (ASP) Trevor Blackman, told the District ‘A’ Magistrates’ Court that the report was made to police by an immigration officer and he and another officer went on duty to that department.

He was given a letter addressed to the accused regarding a citizenship induction ceremony which carried the letterhead of the Office of the Prime Minister, as well as one expired Guyana passport and one valid Guyana passport bearing Mangaru’s name.

Sergeant Howard said Mangaru was pointed out to him and the immigration officer said: “He came to immigration and handed a passport which has in it a work permit which we did not issue.” When Mangaru was asked if he had heard what was said, he replied: “I got the stamp from immigration when I came and applied for my citizenship.”

After being shown the document and told that he was being arrested, Mangaru asked, “Really?”

He was then transported to the Criminal Investigations Department where he was told of his rights and questioned again.

According to the police officer’s testimony, Mangaru said: “I gave Harold Bostic my papers to get citizenship for me and when he brought back the passport it had that stamp.”

During the investigations, he also handed over several other documents to the police.

After he was allowed to speak to his attorney Samuel Legay, Mangaru was questioned further.

According to testimony from Sergeant Howard, the Guyanese told police he had been in Barbados since 1999 when he came to visit his mother. He subsequently applied for and secured an extension on two occasions, following which he got a work permit through a construction and building company in 2002.

He said he did not apply for the permit that was issued on May 29, 2014, but acknowledged that it was in his passport. When asked how it got there, he replied, “a man named Bostic”.

Further questioned by police if Bostic was an immigration officer, he said, “at the time he get it he say so”.

Mangaru told the police that he had given Bostic his passport and an application for citizenship, along with $1 200, but he never got a receipt although he had requested one. He said Bostic told him he would bring it back but never did.

Mangaru told lawmen that he met Bostic near his workplace and had known him for about two weeks, but in response to questions from the police, he said the man had since died.

The citizenship letter, he said, he received in the mail. 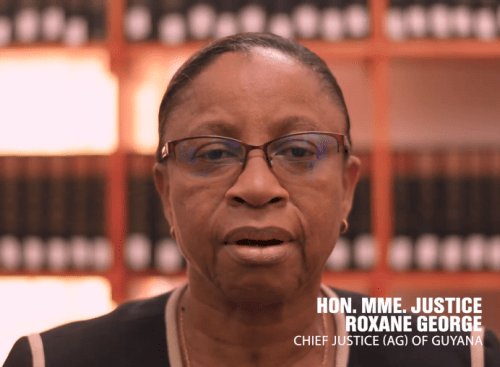 “I didn’t even know the stamp and the letter was false till I went to the immigration,” the Guyanese said, according to Sergeant Howard.

In cross examination, Mangaru’s lawyer asked the officer whether he had checked with anyone in the Prime Minister’s Office to verify whether the letter was authentic, to which he replied, “no”.

With regards to the stamp in the passport, Sergeant Howard said he had interviewed several immigration employees, as “I cannot speak about the stamp”.

“I ascertained that they had no records of issuing the stamp which was in the valid passport,” he added.

When asked whether his unit had dealt with Bostic in relation to similar matters and “taking money from Guyanese nationals”, Sergeant Howard replied in the affirmative.

“Yes, we dealt with Harold Bostic with respect of another matter, not involving a stamp,” he said, adding that investigations confirmed that Bostic did not work at the Immigration Department.

The trial continues on September 27 at the District ‘A’ Magistrates’ Court No. 2 sitting at Cane Garden, St Thomas.