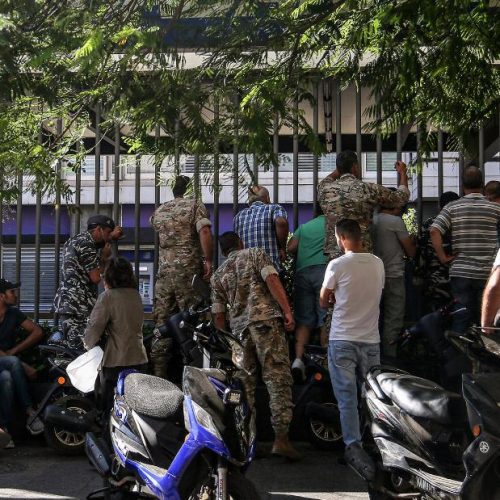 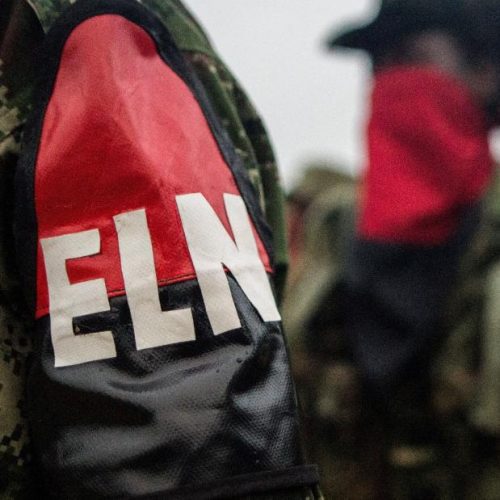 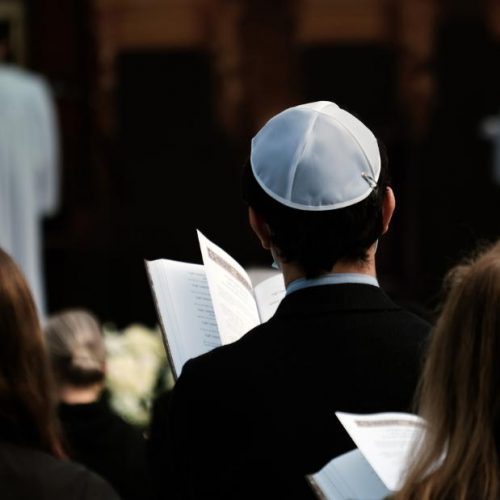 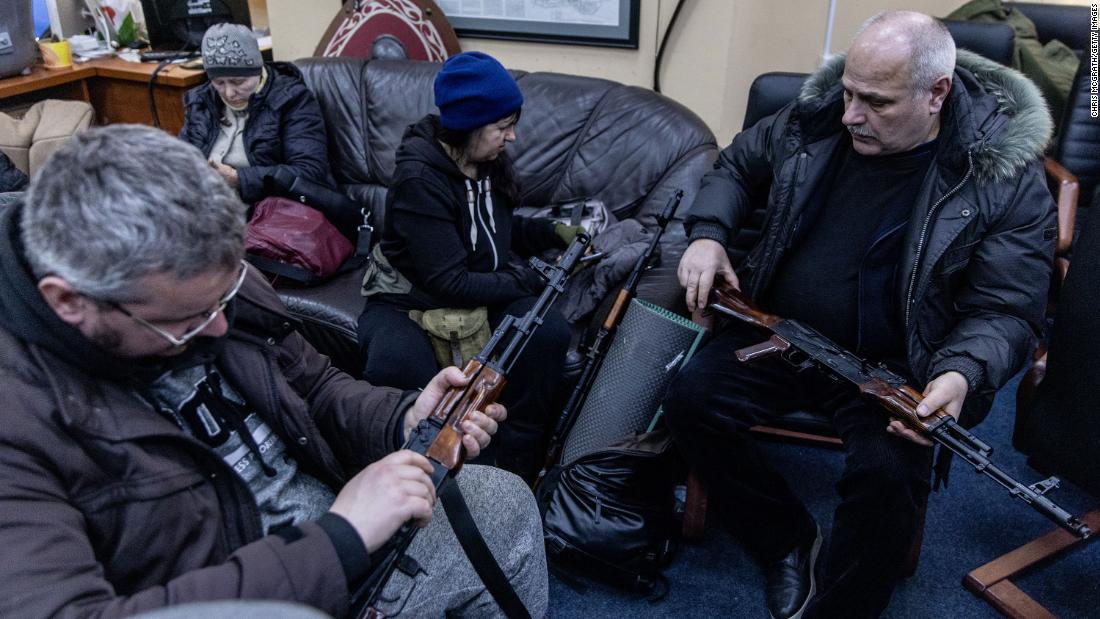 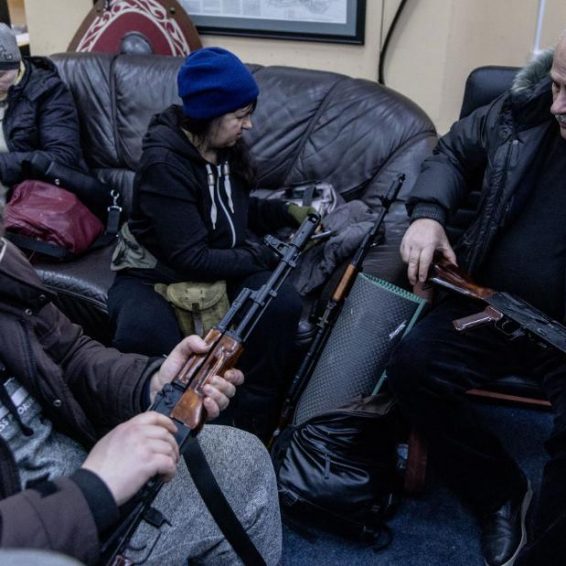 1 month ago·7 min read
ShareTweetPinShare
Home
World News
How Ukraine is using resistance warfare developed by the US to fight back against Russia
The content originally appeared on: CNN

(CNN)As the war in Ukraine has passed the six-month mark, US and European officials say Ukraine has successfully used a method of resistance warfare developed by US special operations forces to fight back against Russia and bog down its vastly superior military.

The Resistance Operating Concept was developed in 2013 following Russia’s war with Georgia a few years earlier but its value was only realized after Russia’s invasion of Ukraine’s Crimean peninsula in 2014. It provides a blueprint for smaller nations to effectively resist and confront a larger neighbor that has invaded.
Russia’s nearly bloodless takeover and annexation of the occupied territory stunned Ukraine and the west, intensifying a study of how to build a plan for total defense that included not only the military, but also the civilian population.
But Putin’s wider war on Ukraine launched in February has been its proving ground.
Replay
More Videos …

Video: CNN looks back on 6 months of Russia’s war in Ukraine 04:36
The doctrine, also known as the ROC, provides an innovative and unconventional approach to warfare and total defense that has guided not just Ukraine’s military, but also involved the country’s civilian population as part of a concerted resistance against Russia’s army.
Read More
“It’s all hands on deck in terms of the comprehensive defense for the government of Ukraine,” said retired Lt. Gen. Mark Schwartz, who was commander of Special Operations Command Europe during the doctrine’s development. “They’re using every resource and they’re also using some highly unconventional means by which to disrupt the Russian federation military.”

Outnumbered, outgunned, and outmanned, Ukraine has nevertheless fought back against a Russian military that thought it would romp through the vast majority of the country within a matter of weeks, if not days.
“This is a way to turn the tables on a first world power,” said Schwartz. “It’s just incredible to watch that despite the unbelievable loss of life and sacrifice, what the will to resist and the resolve to resist can do.”
In a series of recent attacks and explosions at Russian positions in Crimea, Kevin D. Stringer, a retired Army Colonel who led the development team for the resistance concept, sees signs of its use.
“Since you can’t do it conventionally, you would use special operations forces, and those [forces] would need resistance support — intelligence, resources, logistics — in order to access these regions.”
A Ukrainian flag flies in a damaged residential area in the city of Borodianka, northwest of the Ukrainian capital Kyiv.
A Ukrainian government report shared with CNN acknowledged Ukraine was behind the attacks on Russian bases and an ammunition depot. The attacks, far behind enemy lines, were beyond the range of the weapons the US and others have publicly sent to Ukraine, and videos of the explosions did not appear to show any incoming missile or drone. Russia blamed sabotage or detonating ammunition for the explosions.
Replay
More Videos …

US is sending Ukraine more weapons. Hear what it means for the ground game 01:25
“High probability would say it’s very plausible that [the ROC] principles are playing out in actual warfare right now,” Stringer said.
In early-April, Gen. Richard Clarke, the commander of US Special Operations Command, told a Senate Armed Services Committee hearing that the US had helped train resistance companies in Ukraine embedded with special forces over the past 18 months. When asked if he was seeing some of the success of that training in the current conflict, Clarke was direct in his answer.
“Yes, Senator, we are.”

Early in the conflict, the Ukrainian government created a website that explains different ways to resist. The site describes ways of using of nonviolent actions, including boycotting public events, labor strikes, and even how to use humor and satire. The goal is to disrupt the ability of pro-Russian authorities to govern while reminding the population of Ukraine’s rightful sovereignty. The resistance doctrine suggests violent actions as well, including using Molotov cocktails, deliberately starting fires and putting chemicals in gas tanks to sabotage enemy vehicles.
Civilians take part in a military training course conducted by a Christian Territorial Defence Unit on February 19, 2022 in Kyiv, Ukraine.
The doctrine also calls for a broad messaging campaign to control the narrative of the conflict, prevent an occupier’s message from taking hold, and keeping the population united. Videos of Ukrainian strikes against Russian tanks, often to a soundtrack of pop music or heavy metal, have gone viral, as have clips of Ukrainian soldiers rescuing stray animals. Whether intentional or not, it becomes part of the resistance, allowing Ukraine to frame the headlines in western media in their favor and often humanizing Ukrainian service members in ways the Russian military has abjectly failed to do.
At the forefront of the resistance is Ukrainian President Volodomyr Zelensky, who has not let the conflict fade out of sight with nightly speeches and frequent international appearances. His visits near the front-lines make news around the world, while Russian President Vladimir Putin is rarely seen outside the Kremlin or the resort of Sochi.
The ongoing messaging barrage has spurred a groundswell of overseas support and successfully increased on western governments to supply more arms and ammunition to Ukraine.

Overall, the resistance concept provides a framework for increasing a country’s resilience, which is its ability to withstand external pressures, and planning for resistance, defined as a whole-of-country effort to re-establish sovereignty in occupied territories.
“Resilience is society’s strength in peacetime that becomes resistance in wartime against the aggressor,” explained Dalia Bankauskaite, a fellow at the Center for European Policy Analysis who has studied resistance planning in Lithuania.
Instead of providing each country the same set of plans, the doctrine is designed to be tailored to each country’s population, abilities, and terrain. It is not intended to create or support an insurgency; its goal is to establish a government-sanctioned force that will carry out activities against a foreign occupier with the goal of restoring sovereignty.
At first, only Estonia, Lithuania, and Poland expressed real enthusiasm about the new doctrine. But after Russia’s nearly bloodless takeover and annexation of Crimea stunned Ukraine and the west in 2014, interest in the resistance method rapidly grew.
Latvian Zemessardze, or National Guard, soldiers prepare to attack during a small-unit tactics exercise in June 2020 during implementation of the Resistance Operating Concept with NATO allies and partners near Iecava, Latvia.
Since its inception, at least 15 countries have taken part in some form of training on this resistance doctrine, according to Nicole Kirschmann, a spokeswoman for Special Operations Command Europe, where this was developed.
In mid-November, as the Biden administration was sounding the first public warnings about the potential for a Russian invasion of Ukraine, Hungary hosted a conference about the Resistance Operating Concept. The commander of Ukraine’s Special Operations Forces was at the conference, Kirschmann told CNN, as well as nearly a dozen other countries.
Russia’s invasion of Ukraine has only increased interest in the concept.
“Baltic states, in particular, are actively talking in their parliaments about implementation of ROC at a national level,” according to a US official.

Resistance in the Baltics

In May, nearly three months into Russia’s invasion of Ukraine, Lithuania’s parliament adopted a new strategy for civil resistance that is much broader than strictly resistance against occupation.
Martynas Bendikas, a spokesman for the country’s Ministry of National Defence, said that preparing for resistance includes developing the will to defend the country, improving citizens’ military and non-military knowledge and skills, and more as part of a national defense.
The existence of the resistance doctrine and parts of the planning around resistance is intentionally public, explained Stringer, intended to act as a deterrent against a potential attack, one more aimed at Russia’s favored hybrid warfare instead of traditional military and nuclear deterrence. But the details of the plans and the organization within a country are tightly held.
For Estonia, a country with a population of about 1.3 million people bordering northwest Russia, civil resistance has always been a part of the defense plan.
“There’s no other option for every Estonian,” said Rene Toomse, a spokesman for the volunteer Estonian Defense League. “Either you fight for independence if someone attacks you – if Russia attacks you – or you just die.”
Estonia regularly updates and develops its defense plans, integrating its standing military with its general population and its volunteer forces, which Toomse said have seen a surge in applications since the beginning of Russia’s invasion.
Estonian officials have studied the war in Ukraine to learn lessons about what has worked well against Russia, and where Ukraine’s resistance could improve. Toomse says Estonians remember Soviet rule well, and those too young to remember are taught in school.
Ukraine has excelled at winning the information campaign, Toomse points out, using media posts across multiple platforms, a president who has become a vocal international figure, and a steady stream of information about how well Ukraine’s forces are fighting, “even if they’re not emphasizing their own losses.”
But Toomse insists Estonia, if it faced invasion, would be more active in any occupied territory, using small, well-armed and well-trained units. “I imagine that we can do much more damage behind enemy lines than Ukraine has done,” Toomse said. “All the logistics, all the convoys, are going to be constantly under attack.”