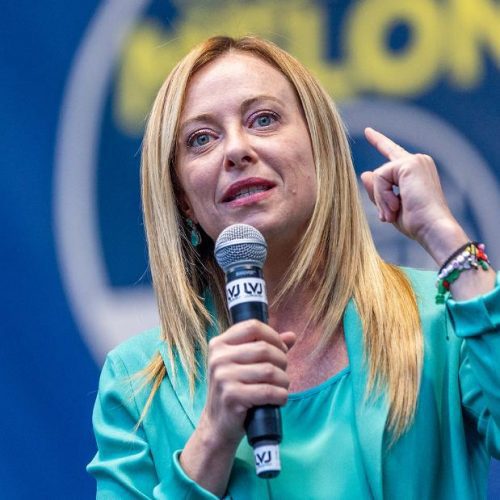 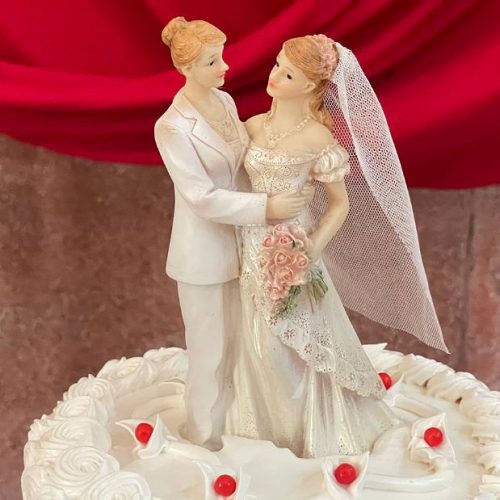 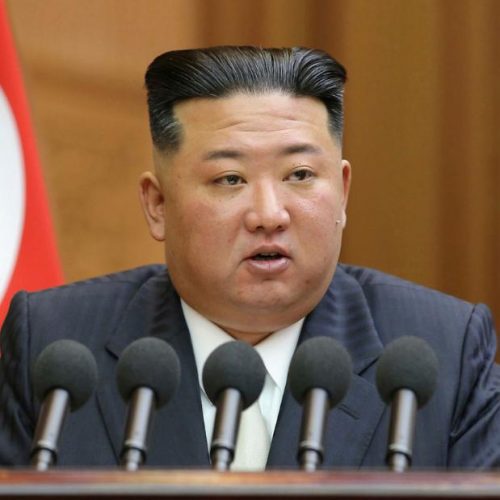 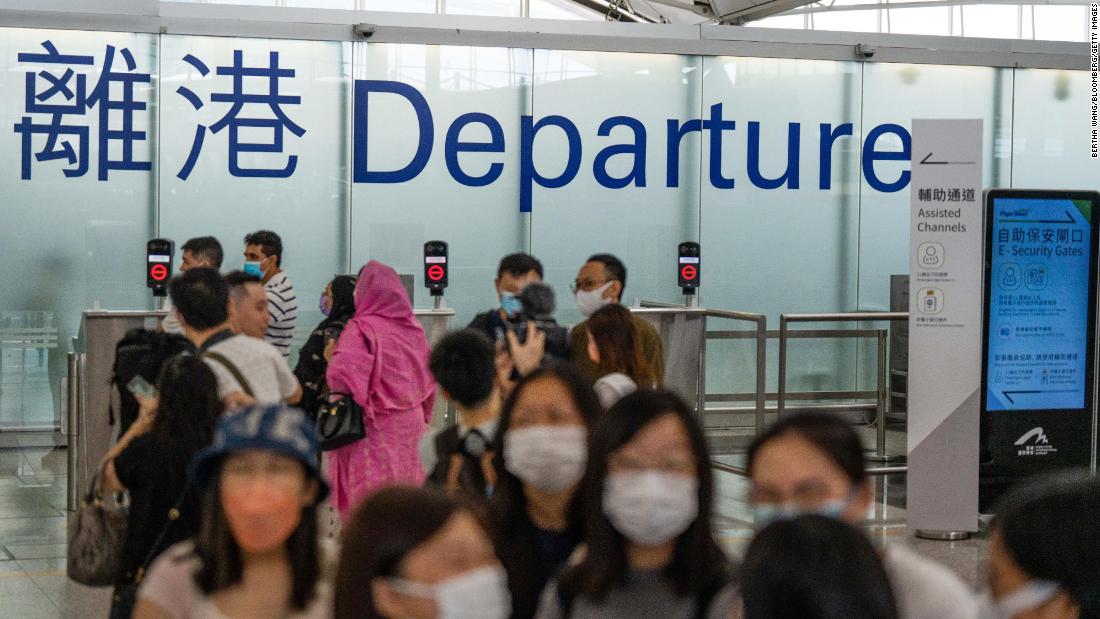 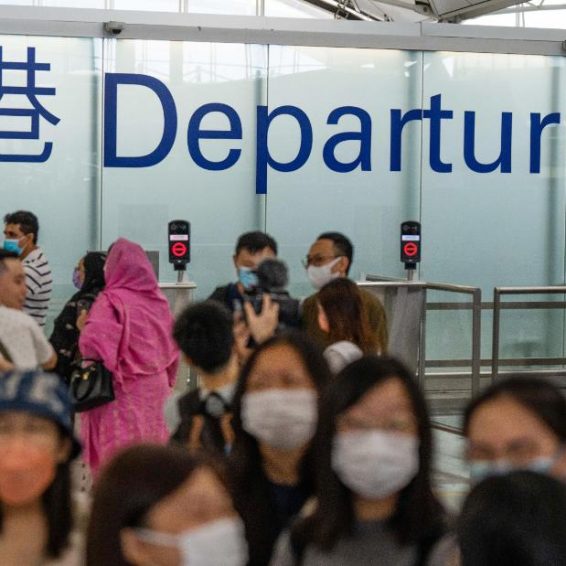 Hong Kong (CNN)Hong Kong has recorded its sharpest annual drop in population, with experts blaming the decline on strict Covid control measures and a political crackdown that have taken the shine off a financial hub long advertised as “Asia’s world city.”

The city’s total population fell from 7.41 million people to 7.29 million, a 1.6% decrease, the Census and Statistics Department said Thursday.
That’s the steepest decline since the government began tracking figures in 1961.
Though authorities attributed some of that to a “natural” decrease — more deaths than births — experts said the figures also reflected an exodus that has accelerated in the past few years amid periods of massive social upheaval that have included anti-government protests and the coronavirus pandemic.
Around 113,200 residents left Hong Kong over the past year, the department said, compared to 89,200 the year before. The figures include expatriates and other non-permanent residents.
Replay
More Videos …

‘Traumatic’: 30-day quarantine keeps Hong Kong man isolated 02:40
Read More
Throughout the pandemic, experts and industry leaders have warned that the city’s heavy-handed Covid-19 restrictions would drive away residents, travelers and expatriates.
Even as the rest of the world opened up, for months Hong Kong continued to close borders, suspend air routes and impose mandatory quarantines and social distancing measures such as caps on public gatherings and limits on restaurant services.
Mask mandates remain in effect, while public spaces like beaches and gyms have faced long closures during periods of high case numbers.
Hong Kong’s Covid divide: Expats get more perks while domestic workers lose their homes
The measures have devastated businesses, with some of Hong Kong’s most famous sites — including the Jumbo Kingdom floating restaurant — shuttering in the past year.
“More than two and a half years of Covid-19 restrictions are taking a heavy toll on businesses and the economy,” the Hong Kong General Chamber of Commerce said in a statement this month.
The group’s CEO, George Leung, added that Hong Kong’s border closures were “stifling any prospect of economic recovery” and urged authorities to come up with a “concrete timetable to reopen Hong Kong.”
The government has conceded the impact of its policies, saying on Thursday that flight restrictions — such as requiring all arrivals to be vaccinated, test negative for Covid, and pay for quarantine in a hotel upon arrival — “had interrupted population inflow.”
People wearing face masks walking in Hong Kong on July 12.
This week the government eased the quarantine requirement, lowering the number of days arrivals must stay in a designated hotel from seven to three.
The government said some Hong Kongers may have chosen to settle elsewhere during the pandemic.
Hong Kong tries to ‘relaunch’ its economy by lifting flight bans and cutting quarantine
“Meanwhile, Hong Kong residents who had left Hong Kong before the pandemic may have chosen to reside in other places temporarily or were unable to return to Hong Kong. All these (factors) might have contributed to the net outflow of Hong Kong residents during the period,” said a government spokesperson.
But the government downplayed the population drop and seemed to suggest Hong Kong was still a bustling finance hub.
“Being an international city, Hong Kong’s population has always been mobile,” said the spokesperson. “During the past 10 years, net outflows of Hong Kong residents … were recorded for most of the years.”
The spokesperson added that the problem of Covid-driven departures “could be resolved when the quarantine and social distancing measures relaxed,” and that numbers would rise due to government efforts to attract overseas talent.

Covid aside, experts say another factor behind the exodus is Beijing’s political crackdown on the city.
After Hong Kong’s 2019 pro-democracy, anti-government protests, Beijing imposed a sweeping national security law, under which the government has all but wiped out formal opposition. Authorities have raided and closed down newsrooms, jailed activists and protesters, unseated elected lawmakers, heightened censorship both online and in printed publications, and changed school curricula.
Replay
More Videos …

After a decade in power, where is Xi Jinping taking China? 04:18
Since the law was introduced, many former protesters and lawmakers have fled overseas, fearing prosecution. Many individuals and families have told CNN they too are considering leaving because they feel the city has been transformed beyond recognition.
In the aftermath of the protests, a number of countries including the United Kingdom, Australia and Canada opened new visa pathways for Hong Kongers looking to leave. Many former protesters and activists have also fled to the self-governing democratic island of Taiwan.
The government has repeatedly defended the security law as restoring law and order to the city, claiming that Hong Kong’s freedoms of speech, press and assembly remain intact.
The security law “has swiftly and effectively restored stability and security,” the government said on July 29, adding that residents “are relieved and happy to see that Hong Kong now continues to be an open, safe, vibrant and business-friendly metropolis.”