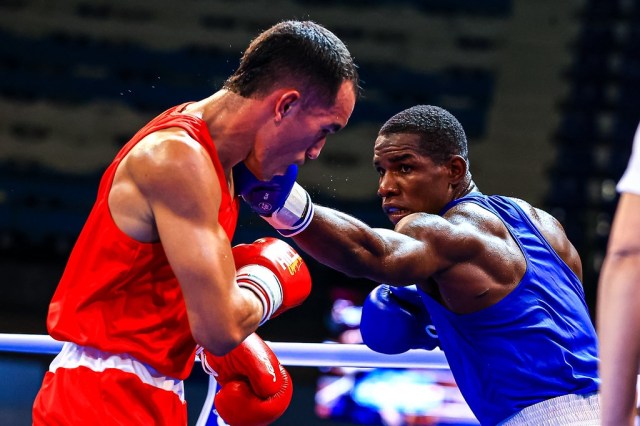 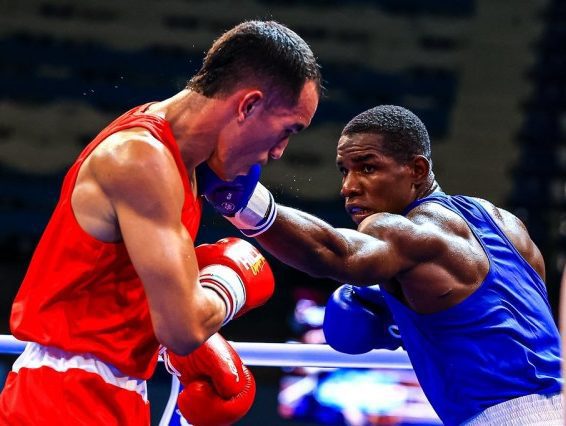 Desmond Amsterdam was quick on his feet and packed a powerful punch on Sunday night in Guyaquil, Ecuador, as he stormed his way to the middleweight class semifinal in the American Boxing Confederation (AMBC) Elite Continental Championships.

The three-round bout was a dominant one from the Guyanese pugilist who fought out of the blue corner. While Sella landed a few lusty blows of his own, the Guyanese managed to out box his opponent. In the end, Amsterdam was able to convince the slim majority of judges that he was the better fighter, as he won by split decision.

Amsterdam will move on to Wednesday’s semifinal, his opponent is not yet known.

Meanwhile, Amsterdam’s efforts came in for high praise from the Guyana Boxing Association (GBA) and its President, Steve Ninvalle, who hailed his achievement as somewhat historic.

“We’re extremely happy that Desmond Amsterdam could’ve pushed himself to be on the medals table. This will be the first time that we’ll have a Guyanese who’ll be able to earn, as an amateur, earn financially from it. In that part, he’s created history,” Ninvalle shared on Monday during an invited comment with this publication.

About the fight, he added, “looking at the fight, I was very impressed. Coming back from almost two years of inactivity, he would have been able to defeat his opponent.”

While Amsterdam, just by being in the semifinal, is already guaranteed a medal in the event, Ninvalle has high hopes for the Guyanese pugilist, as he looks forward to his next bout tomorrow. 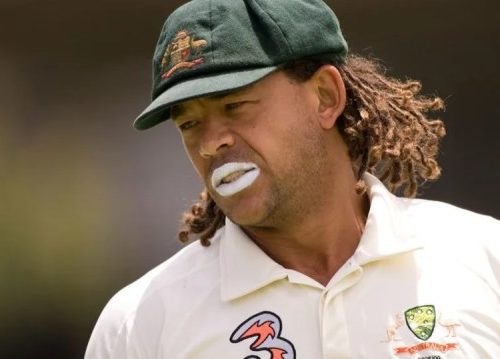 He further stated, “It has been sometime since we’ve gone to international competition outside of the Caribbean Region. So, this brings some excitement to the sport, you know, we’ve just started back too.”

On the matter of prize monies, Amsterdam is now a shoo-in to receive the first prize of us $10,000, second prize US $5000 or third prize $2500, depending on whether he finishes the competition with a gold, silver or bronze medal respectively. Cash prizes will accompany medals in each of the 13 male and 12 female weight categories in the AMBC Elite Continental Championships.

Amsterdam is amongst three boxers who are representing Guyana in Ecuador. The other pugilists are Light Welterweight Colin Lewis and Lightweight Jamal Eastman. They are accompanied by Coach Terrence Poole MS.