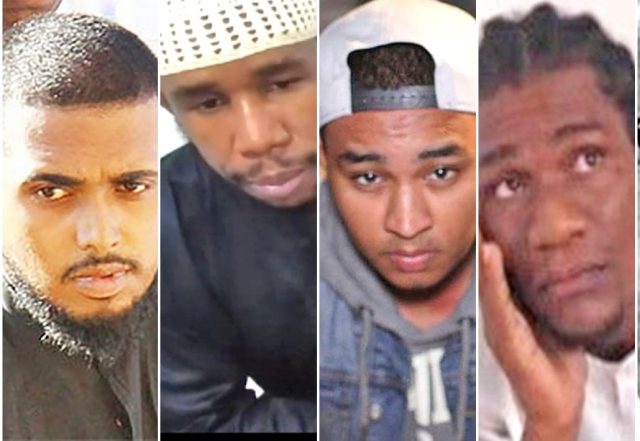 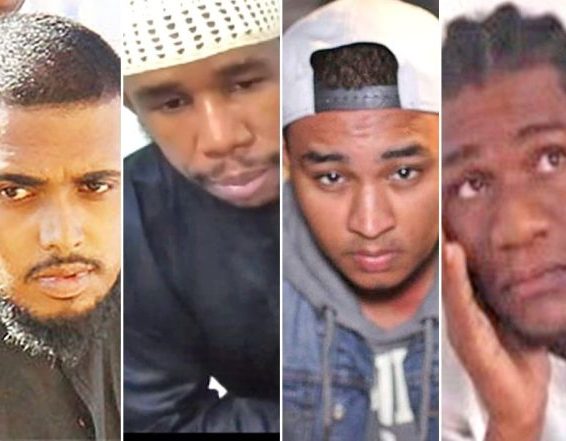 Four persons including a woman were ordered executed this year by High Court Judge Sandil Kissoon after a jury found them guilty of the capital offence of murder, according to records kept by this media entity.

In April, 36-year-old Abishai Caesar, a barber of Tuschen, East Bank Essequibo (EBE), was arraigned on three counts of murder at the Demerara High Court over the killing of his neighbour and her two young sons. He was found guilty on all three counts at the end of May and handed three death sentences.

It was reported that Persaud, who owned a liquor store and bar, along with her two sons were discovered in their home with their throats slit. The woman’s body was found on a bed with Afridi on top of her. Jadon was found on the floor near a bed.

Caesar was only apprehended for the murders in 2016 after his then reputed wife, Zoey Phillips, told Police that he confided in her about killing the woman and her sons after they woke up while he was stealing money from their home.

Phillips was the prosecution’s main witness. She testified that after Caesar returned home from the woman’s house, he had a cardboard box containing several $20 and $100 notes which amounted to $3000.

When asked why she kept quiet for so long, Phillips explained that she was afraid of Caesar because he was very abusive. Caesar has since filed a Notice of Appeal, listing four grounds on which he is seeking to have his conviction and sentences overturned.

In the document filed at the Court of Appeal, the killer not only claimed that his sentences are severe, but that he had an unfair trial.

Seeking to set aside his conviction and sentence, Caesar argued that he was given “poor representation” during his trial. Also, without outlining any details, he complained that a conflict of interest arose during the trial.

On October 1, Bibi Nazeela Habiboodean and Linden Lewis were each sentenced to death for the 2008 murder of her 76-year-old father Habiboodean (only name given).

Bibi, who is said to be in her 50s, had contracted Lewis, called “Bullet”, 34, to beat her elderly father to compel the elderly man to sign over his property to her.

It was reported that the businessman, of Ruby, EBE, was badly beaten at his home on February 14, 2008. The elderly man, who owned a gas station, died the following day while receiving treatment at a private city hospital.

Shortly after the businessman was killed, the Police had arrested Bibi and Terry Lewton, who was employed by her now dead father. However, they were both discharged in 2009 owing to insufficient evidence following a Preliminary Inquiry.

The murder of the pensioner had gone cold for several years, until 2016, when Police received new leads which led to the arrest of his daughter and the hitman.

That year, Lewis was arrested for questioning about the murders of Good Hope, EBE rice farmers Mohamed and Jamilla Munir. Police said he confessed to being the hitman in Habiboodean’s murder and implicated Habiboodean’s daughter as the plotter. She later surrendered to the Police.

In a caution statement, Lewis confessed to killing the businessman on the instruction of the businessman’s daughter, who had promised him $6 million, a house, a car, and a piece of land. But he said he only received $5000 after committing the act.

Lewis, too, has applied to the Court of Appeal to overturn his conviction and sentence. No such records, were, however, found for Bibi.

Meanwhile, Aaron Hing of Kildonan Village, Corentyne, Berbice, Region Six (East Berbice-Corentyne), the mastermind in the 2015 murder of his godbrother, British teen Dominic Bernard, was given the death penalty on November 5.

In January 2016, Hing called “Neutral” and his friend, Staymon George were jointly charged with the murder of 18-year-old Bernard of Epsom, England.

However, on October 4, George pleaded guilty to murder and was sentenced to life imprisonment by Justice Kissoon. He becomes eligible for parole after 35 years. Hing, on the other hand, went to trial and was found guilty.

Dominic Bernard, called “Dom”, 18, had travelled to Guyana from England on October 14, 2015, for a three-week vacation, and was reportedly picked up from the Cheddi Jagan International Airport (CJIA) by Hing and George in a rented car.

From there, the trio had gone to a restaurant to have some food. They later left for the backdam in Berbice. Once they arrived there, they walked to the shallow grave that was dug days before Dominic Bernard had arrived in Guyana.

Hing confessed to detectives that he wanted to “get back at” his godbrother, whom he claimed caused him to be arrested in London. Hing then hatched a plan with his friend to rob the teen who arrived in Guyana with money and other valuables.

New request for proposals to be advertised for Guyana/ Suriname bridge

Dominic Bernard was scheduled to fly back home on November 5, 2015; but after he did not return home, his father Andrew Bernard contacted Hing to enquire about his son’s whereabouts. But Hing denied picking up the young man from the CJIA.

In light of this, the elder Bernard travelled to Guyana on January 2, 2016, and contacted the Guyana Police Force for assistance with finding his son. Hing was arrested by the Police six days later at a hotel in Georgetown.

But before arresting him, Police had found a shallow grave with a decomposed body, which was later identified as the remains of Dominic Bernard following DNA testing. An autopsy revealed that Dominic Bernard, a young aspiring filmmaker, sustained a fractured skull and a broken neck.

Hing hid the teen’s camera and other items at the back of his house, and later asked his “child mother” to remove them. He also asked one of his friends to retrieve the said items from the mother of his child and throw them away. The persons who allegedly assisted Hing have been charged with accessory after the fact.

They were each released on $300,000 bail pending their trial at the High Court.

Presently, there is a case before the Court of Appeal challenging the constitutionality of the death penalty that has been mounted by three death row inmates.

The case was filed by three former Guyana Defence Force (GDF) Coast Guard ranks – Sherwyn Harte, Devon Gordon, and Deon Greenidge – who were each sentenced to death in 2013 for the 2009 murder of Bartica gold miner Dwieve Kant Ramdass.

In the landmark case before the appellate court, Trinidadian Senior Counsel Douglas Mendes and Attorneys-at-Law Nigel Hughes and Latchmie Rahamat are arguing that the punishment of death is unconstitutional as it is arbitrary, irrational, disproportionate, and contrary to the principles of the rule of law.

The Death Penalty Project – a London-based non-governmental organisation that has, for over three decades, been providing free legal representation to those facing the death penalty – has facilitated the submission of expert reports from leading academics for the case before Guyana’s appeal court.

The court has reserved its ruling on whether it has jurisdiction to hear the case.

A de facto moratorium on the death penalty has been in place in Guyana since 1997. [First published in the Guyana Times]