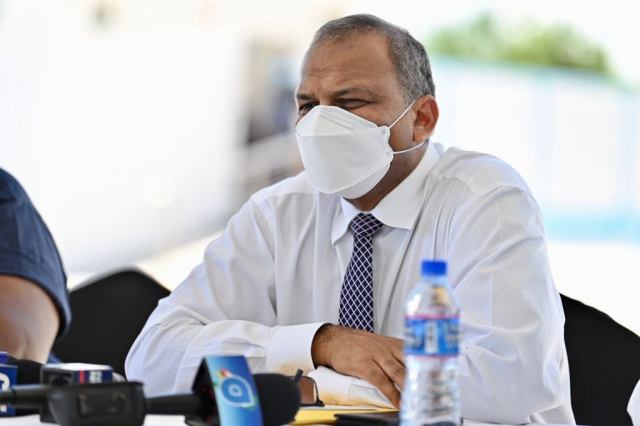 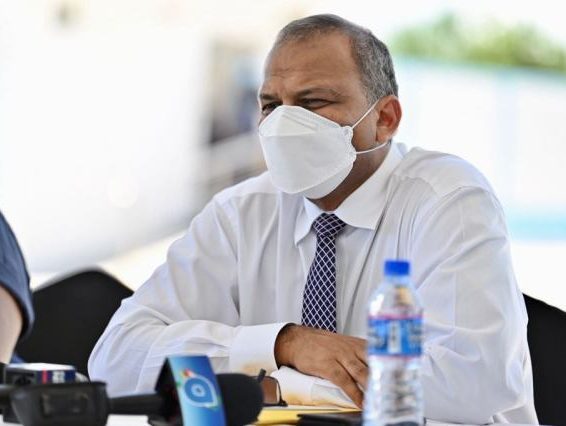 Health Minister Dr Frank Anthony has written to the Region Five (Mahaica-Berbice) Regional Democratic Council (RDC) seeking permission for land owned by the Administration to be transferred to the Ministry for the construction of a modern regional hospital there.

The presentation of the application to the Regional Democratic Council (RDC) of Region Five saw some sections of the RDC raising concerns over the process the Minister is using, but they have unanimously welcomed Government’s decision to build a modern hospital in the region.

The application for land acquisition dated February 2, 2022, and titled “Health Sector Improvement Programme”, reads: “The Ministry of Health has commenced its plan to transform the health sector as part of its mandate to develop a world-class system that provides quality service the people of Guyana.

“A major part of this project includes the building of six regional hospitals in various districts in Guyana. In this regard, I am seeking your approval for the transfer of lands under your authority at Bath Settlement for the construction of one of those hospitals.”

The letter was also copied to Agriculture Minister Zulfikar Mustapha. The land being sought is situated at Naarstigheid, West Coast Berbice. The application was read to the RDC during its recent statutory meeting.

Regional Chairman Vickchand Ramphal told the Council that approximately four to five acres of land is being sought for the project.

“The location mentioned here is Bath Settlement but the land referred to is at Naarstigheid and not Bath Settlement. In Region Five we always welcome development, we know that a regional hospital in this region will bring a lot of changes and improvement in our health sector and the people of this region can benefit from much more services right here in the region. They wouldn’t have to go to Georgetown or any other region when it comes to seeking some medical attention,” Ramphal told the RDC.

It is the same plot of land which was leased to farmers and in March 2018, former Regional Executive Officer Ovid Morrison had bulldozed them off of it claiming that he was going to establish a modem farm. The High Court has since ruled that his actions were illegal and ordered that Morrison compensate the farmers several million dollars.

Meanwhile, during the discussions, Regional Council Emerson Benjamin questioned whether systems would be in place for some farmers who are currently occupying the land.
According to the Chairman, the RDC has not approved for anyone to occupy the said portion of land.

He explained that the land does not belong to the RDC but the RDC has a lease from the Mahaica Mahaicony Abary-Agricultural Development Authority (MMA-ADA).

“The Minister has sent the letter to Council for a ‘no objection’ and has copied it to the Agriculture Minister so that we can fast-track the process and hopefully maybe in a few months we can have construction works commencing.”

Dellon Crawford said the Council should have been consulted before the correspondence was sent out. He also made a recommendation for the hospital to be built at Number 27 Village. His sentiments were echoed by Ismail Muhammad. They argued that at Number 27, the utility companies have already set up commercial offices and it is one of the more visited communities in the region. 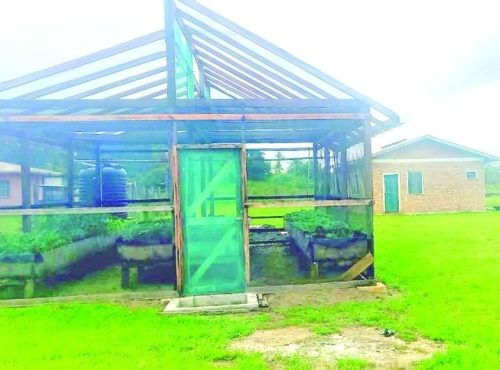 “I have a problem with the Ministry directing and instructing what should be done in the region. The region is a state and Mr Chairman you are the head of state and you have more authority that the Minister. No Minister, including the Prime Minister doesn’t have more authority than you and this Council is the governing body of this region. We must know what we want and the Minister or the parliamentarians must echo our sentiments,” Muhammad said.

However, Regional Vice Chairman Rian Pieters noted that one of the utility companies is in the process of moving to the Fort Wellington area and the area also has space for future expansion.

The discussion ended with Councillors giving their approval.

“We would have deliberated quite a lot on the matter and as I said earlier, the correspondence was presented to Council for its ‘no objection’ to the project. Councillors would have raised their concerns which were clarified, so I guess there is no objection. So, permission will be given and the region will surrender that parcel of land back to MMA and I am sure the green light will be given for that project,” Ramphal concluded.

Meanwhile, President Dr Irfaan Ali on Sunday assured farmers who cultivate the land at Naarstigheid that the land they are utilising will not be used for the hospital project.