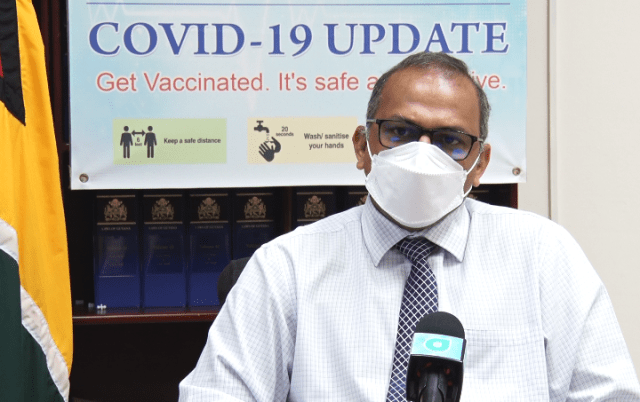 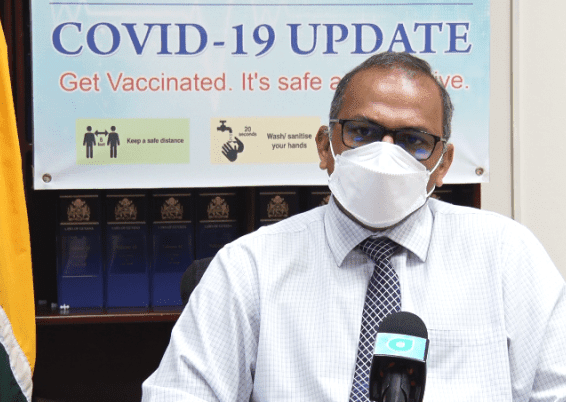 Minister of Health, Dr. Frank Anthony, has dismissed claims by members of the opposition, that they have been excluded from the National COVID-19 Task Force.

… “And so, the Regions where the opposition would have the chairmanship, they are an integral part of the Task Force.

“Region Four, for example, has been one of the Regions where the Chairman would be attending very often. Region Ten, the Chairman has been on and off, so these are examples. So, the point I’m making is that the opposition is on the national task force and they take part in the decision making,” Dr. Anthony said Wednesday.

With the administration of the Pfizer vaccine first dose numbers growing, Dr. Anthony is urging parents and teens to take their second dose to fully benefit from the vaccine.

Day 1 of GTT Guyana Open off to a bang

“There’s still a lot of people who took the first dose, but didn’t come back as yet for a second dose. So, we want to encourage those persons to make sure that they do so because if you were partially vaccinated, you wouldn’t get the full benefits of the vaccination. And therefore, we really want to encourage parents to bring out their children and to get vaccinated. The important thing here is that I think everybody would like to see schools reopen, I think everybody would like some level of normalcy with the education system.”

The Health Minister also reported that 63 persons are currently at the Infectious Diseases Hospital at Liliendaal, with 23 persons in the Intensive Care Unit (ICU). Overall, 91 persons are hospitalised with COVID-19. Of that number, three are expectant mothers.