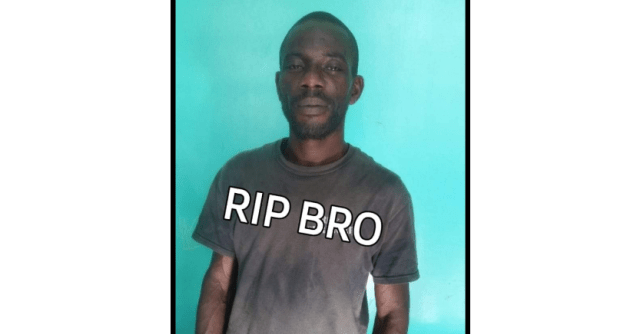 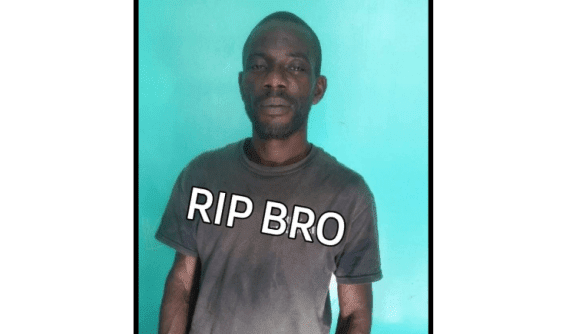 ‘He is a police, his wife is a police, everybody is one’ – family has little hope of justice being served for man killed in WCB accident

4 weeks ago·2 min read
ShareTweetPinShare
Home
Local News
‘He is a police, his wife is a police, everybody is one’ – family has little hope of justice being served for man killed in WCB accident
The content originally appeared on: INews Guyana
Dead: Quacy David

Family members of 36-year-old Quacy Davis, who was killed by a speeding car driven by a policeman who refused to take a breathalyzer test, have little hopes of justice being served.

A 36-year-old detective attached to the Fort Wellington Police Station has been taken into custody after he struck down and killed Davis, a pedestrian.

The accident occurred at around 15:41h on Sunday at the Number 28 Village Public Road, West Coast Berbice (WCB).

Reports are that the motor car driven by the 36-year-old detective was proceeding along the road at a speed of about 75kmph. The driver alleged that the pedestrian suddenly walked out from an access road and into the path of his vehicle.

On seeing this, he claimed that he applied brakes to avoid a collision but despite his efforts the car collided with the pedestrian.

The cop was taken to Fort Wellington Police Station – where is he stationed. There, he was told to subject himself to a breathalyser test and he refused to do so.

Meanwhile, this publication was told that Davis had just exited a bus shed when he was hit by a speeding car and ended about 25 metres away and 15 feet off the road in a vacant plot of land.

The dead man’s uncle, Hugh Davis, said he was a street away when he heard tires screeching and the sound of an impact.

“When I rush out, I reach Quacy lying in the corner in a clump of bush. His feet break and there were injuries to all parts of his body… He had to have been speeding according to the mark impression that I see from the road corner and his hat fall right there and the car pick him and pitch him into the clump of bushes,” he said.

According to the uncle, his nephew would normally be at the bus shed where he spends most of his days and would go home for his meals.

Distribution of $25,000 cash grants for pensioners, persons with disabilities to begin Oct 4

“He suffering with a lil mental health but he don’t trouble anyone, he would go on the road and come in back… he does go in the bus shed and relax,” the senior Davis said while referring to his nephew as a very quiet person.

The uncle further related that when the car stopped and persons had gathered, the cop was seen throwing a bottle with beverage out of the window.

The dead man’s mother, Colette Davis, said she needs a thorough investigation into the incident, but the uncle believes this may not happen.

“He is a policeman and his wife is a police officer at the same station. The officers who come to investigate the matter are from Fort Wellington – everybody is one,” the grieving uncle exclaimed.

The younger Davis leaves to mourn his mother and three siblings.