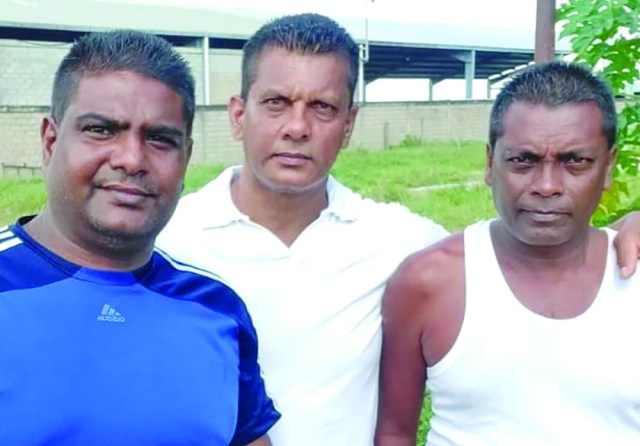 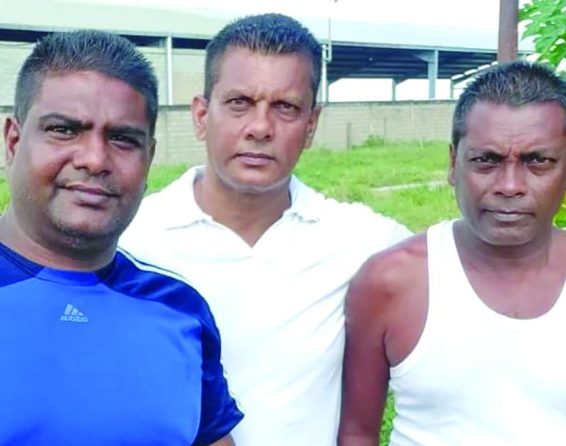 Guyanese reunited with families after 26 months of being arrested, held captive in Venezuela

Three Guyanese who were arrested and detained by Venezuelans some 26 months ago were finally reunited with family members on Sunday.

The three men were reportedly working on a fuel vessel when they were arrested in Margarita. The fuel that they were transporting along with their boat were confiscated; the boat was subsequently used by Venezuelan Coast Guards. And although being legally in the country, they were charged.

Being charged, they made several court appearances, but due to the situation prevailing in Venezuela, the case was never properly heard. As such, the men were forced to stay in that country under guard without their relevant documents.

During that time, the men were financially supported by their families in Guyana, who had to scape to send monies.

However, the situation was brought to the attention of the Guyanese businessman Mohamed, and after contacting a friend in that Spanish-speaking country, a plan was concocted to rescue the three men from the Venezuelan authorities.

Speaking with this publication, Mohamed explained that when he heard of the issue, he recalled his experience some 11 years ago.

“One of my ships with eight crew members was coming back from Panama when they encountered problems in Margarita… the authorities sent tugs to bring them to shore…the tugs also encountered problems, and they ended up on the sand reef, where my boat (was) damaged… The Coast Guards came and stole all the goods, everything, including the engines…then they took my workers in custody,” Mohamed recalled.

Upon learning of the incident, he called the government of the island and questioned the reasons for holding the crew, but the authorities requested US$50,000 to move the damaged boat from the reef.

“The official called back and tell me to send US$50,000 more, but by then I realized that I was being conned…I requested that my workers be released and placed in a hotel, since they did not commit any crime… at that time, I asked the captain if we can do anything to salvage the boat, but be said it was destroyed beyond repair…I had five 40-foot containers on the ship, and everything was stolen from them.”

Mohamed stated that after his crewmen were placed in a hotel, he organised to swiftly move them early in the morning before the guards turn up to keep watch. They successfully made it home after a long and tedious journey.

“But this shows the type of people we had to deal with… they exploit, rob, and even kill for money…the officials in that country (are) corrupt from top to bottom,” Mohamed iterated.
In this instance, Mohamed and a friend in Venezuela made arrangements for the trio to be transported from Margarita to Caracas, after which they were taken to San Marten (another part of Venezuela) and eventually to Enterinbang.

He explained that as the men were on their way to San Marten, they were intercepted by Venezuelan Policemen. At that time, the men had no identification and documents to prove that they were legally in the country. As such, negotiations were done and a sum of US$15,000 had to be paid for their release.

“These are top Venezuelan Policemen taking big bribes to let the men go… we had no choice but to pay the money,” Mohamed stated. Nevertheless, once the money was paid over, the men were freed.

With the assistance of Mohamed’s friend, the men eventually reached Enterinbang, but not before encountering several stumbling blocks.

“This operation was as if the men were acting a movie…we had to separate them…keep them at different locations… and as the course was cleared, they were moved… It took us actually one week to get the men out of the country,” the Guyanese businessman added.
Emanuel worked with the businessman, but the other two are unknown to the businessman. That notwithstanding, Mohamed explained, he had to help the men out of the country. The families, he added, were yearning to see their loved ones after an absence of more than two years.

In fact, a video seen by this publication showed that Emanuel’s son was overjoyed to see his father.

Meanwhile, INews understands that the situation was brought to the attention of the Foreign Affairs Ministry under both the past and present administrations, but due to the broken judicial system in Venezuela, nothing could have been negotiated.

The three men are in high praise of Guyanese businessman Nazar Mohamed who funded the entire operation, and of his colleague in Venezuela, who ensured that they returned to their country without harm. The men have been reunited with their families, and, without a doubt, their countless experiences will be told.

To date, several hundred Venezuelans have fled to Guyana to seek refuge as a result of the high crime rate and economic instability among other issues in that country.