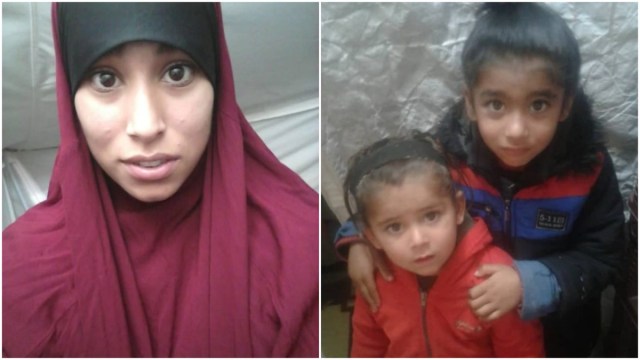 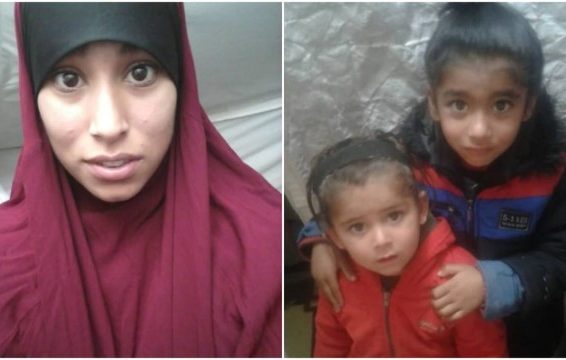 Trapped in the war-torn country of Syria for almost seven years, a 29-year-old Guyanese mother of two is pleading with the Guyana Government to help her return home.

Rafeena Kumar left Guyana for Syria in March 2015 after signing up with an online programme to help people in the country – which is currently engrossed in a civil war that began some ten years ago.

At the time, Rafeena was without children and had just lost her father who had to undergo surgery after being involved in a freak accident.

The young lady was a student of the Guyana School of Nursing and after losing her dad, she felt the urge to turn her life around and help others in need.

When she came across the online programme, the unsuspecting woman eagerly signed up and left for Syria. Upon her arrival there, the woman realised she had been deceived and the organisation was just a farce.

After more than a year, she managed to flee the organisation and sought shelter at a refugee camp, where she has been living under inhumane conditions for several years.

Whilst there, she met a man from Germany whom she married. She also gave birth to two sons, aged 3 and 5.

Rafeena originally hails from Riverstown, Essequibo Coast, where her distraught family is exhausting all means in a desperate bid to get her back home.

The woman’s older sister, Sherry Subrena Kumar, told INews that Rafeena was not the same after her father died. “My dad was working in interior as a mechanic. He got into an accident while fixing one of the trucks. It was jacked up properly and fell and pinned him down where he punctured his intestine,” the sister explained what led to their father having to undergo surgery.

When Rafeena informed her family that she was going to Syria, they were not too keen on the idea. In fact, Rafeena was not living with her mother at time she decided to leave Guyana.

Subrena recalled that when her sister realised that she had been duped by the organisation, she immediately contacted her family back home.

“When she went, it was nothing what she expected. It wasn’t really nothing to do with aid, nothing to help nobody like that. So, the persons, like the organisation that she went with who she agreed to go with, they lied to her basically and they were in control of her,” the sister explained.

When probed for more information, the sister could not explain exactly what the organisation turned out to be.

However, after spending about two years with the organisation, Rafeena managed to move to another city with some locals, after which, she was taken to the refugee camp.

“She handed herself to the Kurdish, the Kurdish the are responsible for like relocation to your home country…they said that Guyana’s Government need to request for her to be sent back,” the sister explained.

“So ever since then, she’s been waiting in the camp for like three years now…she has no travel document, no passport, no nothing, and there aren’t any flights out of Syria just like that,” the older Kumar stated.

When the APNU+AFC Administration was in power, the family had written to the then President David Granger and other officials seeking help to bring Rafeena back home.

“I would say like about two years ago, we wrote a letter to the Minister of National Security and the President but there was no response. And other than that, we didn’t know who else to reach out to,” the sister related.

When asked if they plan to reach to the current government, Subrena expressed, “yes we do, we already drafted up a letter to send again.”

“I would just like to asked them kindly to do whatever it takes to help get my sister back home as well as her two children, because it’s been years that we haven’t live together as a family with her and she is not even getting her basic need over there and neither are the children. No sort of education or health facility, nothing. So, I would just like to plead to government and the other authorities to kindly help us in bringing her home.”

Life in the Refugee Camp

The Kumar family only hears from Rafeena once a week at most. Sometimes, weeks go by when they hear nothing.

“She’s allowed to contact us once a week which is every Wednesday and she’s allowed to send us a brief message…sometimes we would go weeks without hearing from her and sometimes months,” the sister explained.

Thankfully, the family last heard from their loved one today. “She sent a message to us today, every time she would send us a message, basically it was just saying how they’re doing, how the kids are doing and asking if Guyana’s Government is doing anything about her situation, about trying to help her,” the sister explained.

Subrena describes her sister’s life in the refugee camp as “inhumane” due to little time and attention that is paid to the refugees by the leaders.

“It’s very inhumane I would say. This is like little to no life actually. They would just be living in the camp and they get nothing really much to eat or drink unless, Red Cross does visit or unless we can assist her, but even at times, there is no way possible of sending her things.”

“Sometimes it’s very cold like winter time, like December and they have no kind of winter clothing or no heat or anything like that for her or the kids.”

As if the story could not have gotten sadder, the woman’s husband had also been trying to flee the country and when he eventually got through, he left, leaving Rafeena and the two children behind.

Rafeena’s mother, 54-year-old Bibi Faziela Kumar, explained that the stress of having her daughter trapped in another country has taken a toll on her health and wellbeing.

The woman, who is a mother of four, has a fibroid in her uterus and has to undergo surgery on Friday to have that removed. She also has to undergo other medical procedures.

“Tomorrow I have to be admitted to undergo surgery, so it’s like my head is so packed,” the grieving mother lamented.

Subrena added, “it’s stressful and traumatic to her and now knowing that she has to do the surgery and we’re dealing with all of this, it’s very stressful for the entire family but we are hoping to get a good outcome of this situation with my sister and that would be comforting to all of us.”

When contacted, Minister of Foreign Affairs and International Cooperation Hugh Todd confirmed that they have now been made aware of the matter and an investigation is underway.