Bviplatinum.com: British Virgin Islands Deputy Chief Immigration Officer Nadia Demming-Hodge has advised the public to be on the lookout for Guyanese national Ianna Thomas, who reportedly escaped from the department’s temporary detention facility at Hotel Castle Maria on Monday, August 22.

“According to Mrs. Demming-Hodge, Ms. Thomas remains at large, and a search is underway to recapture the detainee. The public is urged to be on the lookout, and contact the Immigration Department in the event that Ms. Thomas is sighted.”

This has been stated in a press release from Government of the Virgin Islands.

The BVI continues to see an influx of illegal immigrants. While they do land in the BVI, historically, most of the illegal immigrants are on their way to the United States. However, once they are captured by local authorities, the responsibility is on the BVI to provide services, and eventually arrange for their repatriation to their home country. 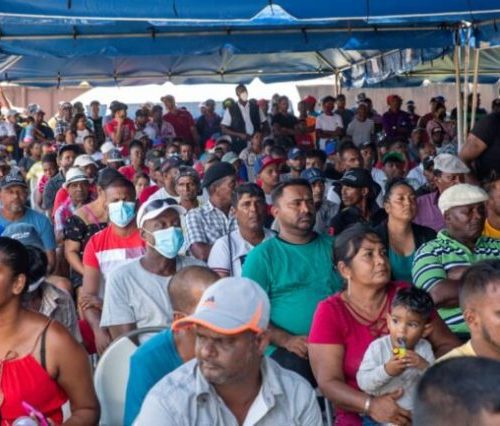 Distribution of $150,000 cash grant to fisherfolk begins in Region Six

A detention centre had been built to house immigration detainees in the compound of Her Majesty’s Prison at Balsum’s Ghut, but the facility is now being used by the prison. Late last year, then Minister for Immigration, Hon. Vincent Wheatley, alluded to the need to build a detention centre for illegal immigrants, pointing to the cost to taxpayers.

In recent months, the Immigration Department has had to seek the public’s help, as detainees have found ways to escape from local hotels where they are usually held