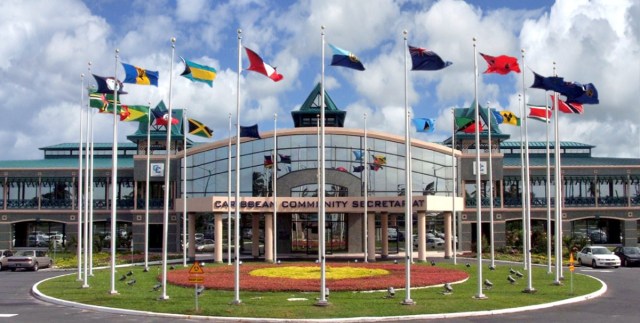 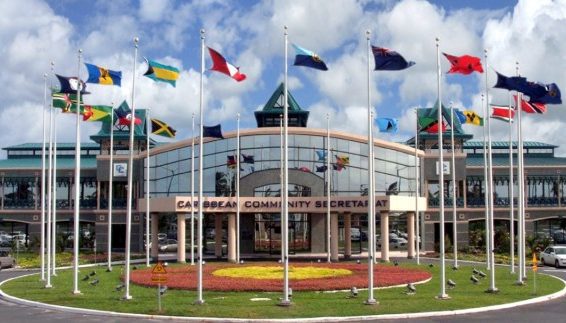 As outrage continues to mount over claims that Guyana’s historic Local Content Law violates certain aspects of the Revised Treaty of Chaguaramas, key representatives in the local private sector are now questioning the constitution of the CARICOM Private Sector Organisation (CPSO).

According to a statement on Thursday, the CPSO said it is “the most recently accredited Associate Institution of the Caribbean Community” and is to act as the “Apex” Institution for the private sector in CARICOM, with a mandate to contribute to the full implementation of the CARICOM Single Market and Economy (CSME).

The Membership of the CPSO is comprised of private sector entities operating in the Caricom space, including Micro Small and Medium Sized Enterprises (MSMEs).

However, Chairman of Guyana’s Private Sector Commission (PSC), Paul Cheong, said on Thursday that the entity was not even aware of the CPSO before Wednesday.

“The Private Sector Commission wasn’t even involved [in the composition of the Organization] and I don’t even know how they went about selecting the members… [But] we weren’t involved,” he indicated.

On Wednesday, a screenshot of part of an email was circulated, detailing concerns of members of CPSO over the recently passed Local Content Law and plans to reach out to the Guyana Government, and ultimately CARICOM. The main contention is that the law, which makes provisions for Guyanese persons and Guyanese businesses to benefit from the oil and gas sector at specified percentages, violates certain provision of the CARICOM Treaty.

But the PSC Chairman said to this newspaper that he was “taken aback” by the position of the organisation which purports to represent the regional private sector.

In fact, the PSC held a meeting on Thursday to discuss the issue and in a statement that evening, “questions the legitimacy of the CPSO which constituency consist of some Pan Caribbean companies [while] noting that the organisation does not represent the interest of the local private sector.”

Moreover, the Commission detailed in the missive that Trinidad and Tobago has had in place for more than 50 years, a regime of local content “predicated on maximising citizens’ ownership, control and financing of all activities along the energy resources sector” thus giving preference to Trinidadians.

“The Commission is satisfied that the policies expressed in Guyana’s Local Content Act are not dissimilar to those of Trinidad and Tobago’s and do not violate the revised Treaty of Chaguaramas. We therefore stand by and fully endorse the aims and objectives of the Act which are designed to ensure that Guyanese companies and nationals’ benefit from the Oil and Gas sector. The PSC welcomes foreign investors and urges respect for the country’s laws and sovereign space,” the PSC asserted.

Meanwhile, another prominent private sector figure, Maniram Prashad, who is the head of the Guyana Oil and Gas Energy Chamber (GOGEC), has also expressed his surprise at the “sudden surfacing” of CPSO and questioned the methodology used to appoint the members of the organization that had been accredited by CARICOM.

“How did the Caricom Secretariat decide to appoint CPSO as an accredited member of Caricom? What sort of methodology they used to decide who will represent Guyana? Who did they consult; certainly not the Guyana Oil and Gas Energy Chamber, nor, as I have been informed, any other private sector organisations in Guyana,” Prashad asserted.

He went onto outline that, “It is wrong to hand-pick a body to represent the entire Caricom region on private sector issues. And I’m sure a lot of private sector organisations in the Caribbean were not consulted also… So, I think it is wrong and was done in an adversarial manner.”

Against this backdrop, Prashad, who is also a former Industry and Commerce Minister in Guyana and a former President of the Georgetown Chamber of Commerce and Industry (GCCI), has indicated that he intends to seek an audience with the CARICOM Secretary-General, Dr Carla Barnett, to rely his concerns about the “recently accredited” CPSO.

The organisation is currently being Chaired by the President and CEO of a Trinidad-based conglomerate and among its Board of Directors is Guyanese businessman, Suresh Beharry. In the leaked email, it was indicated that the businessman would approach the Guyana Government on behalf of the CPSO.

But in a statement on Thursday, Beharry clarified that he was not tasked to advocate the CPSO’s position but merely advice that “constructive dialogue and engagement with the Guyana Government and local stakeholders and to avoid any confrontation or disruptive fallout.”

However, the Organization’s posture on Guyana’s landmark Local Content Law has already sparked outrage amongst the various private sector bodies in Guyana as well as prominent business figures.

Former PSC Head, Nicholas Boyer, argued that “…the email to me shows ignorance of the mood…and an arrogance that there is a God given right to have at this new industry in Guyana.”

He further noted that this “sense of entitlement” is being claimed on the mere 40 categories of goods and services allotted to Guyanese, when this number was heavily reduced from the initial proposed number of areas.

“Are they really coming to do transportation and the other 40 items that we’ve carved out for Guyanese? Is it that they either are that desperate for a piece of the pie or do they feel that entitled?” Boyer questioned.

Meanwhile, current President of the GCCI, Timothy Tucker, reminded of certain trade barriers that were put in place by some Caricom countries that prevent Guyanese business from freely exporting produced thus violating the Revised Treaty but they never faced any ramifications.

“The GCCI objections have been long, far and numerous. In 2018, we objected to the Energy MOU that the then [APNU/AFC] government signed with Trinidad and at that time, the Prime Minister of Trinidad [Keith Rowley] promised to remove the law before the end of 2018 in keeping with a COTED ruling. In 2019, I met with the Trinidad Minister of Trade and she promised me that the all barriers to trade would be lifted by their government, as they are working on it, but a lot of the barriers were there because of the Trinidadian Private Sector and their lobbying,” Tucker pointed out.

The GCCI President went onto state that, “If the Trinidad Private Sector or Government wants to challenge Guyana’s Local Content Legislation, it’s time the Guyana Government exit CSME and review the benefits of Caricom.”

This sentiment was also shared by Opposition Member of Parliament and Deputy Speaker, Lenox Shuman, who in showing his support for the Local Content law, reminded of the many maltreatments meted out to Guyanese by Caricom Member States.

“Guyanese should never be mal treated anywhere in the world least of all be disenfranchised at home and the time is ripe for Guyana to rethink its place in CARICOM,” Shuman posited.

During the debates in the National Assembly prior to the passage of the Local Content law last month, Attorney General and Legal Affairs Minister, Anil Nandlall, had pointed out that Trinidad and Tobago as well as Suriname, which are both also bound by the Treaty, have implemented Local Content laws without any push back.