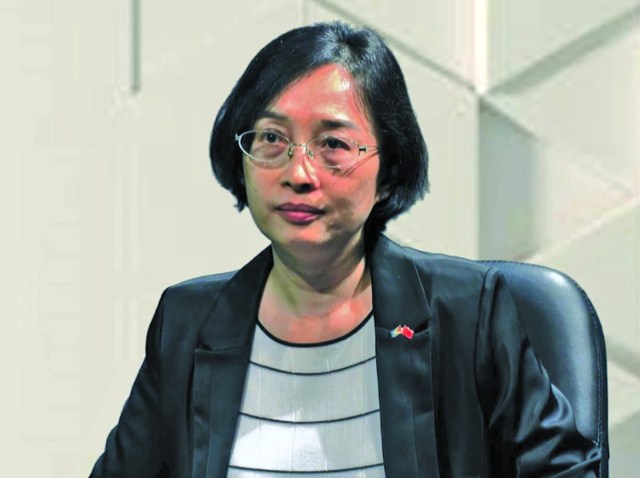 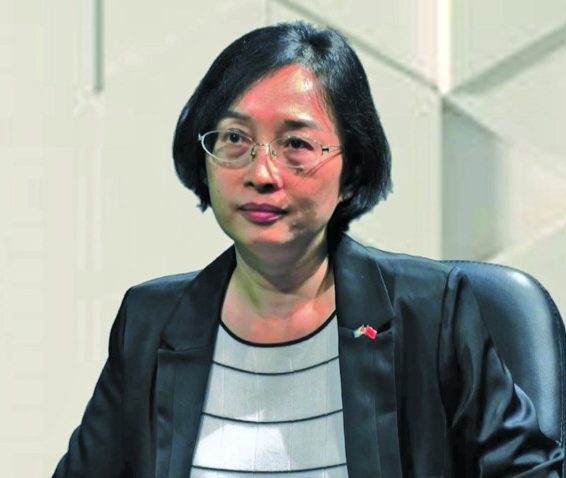 As Guyana continues on the track for unprecedented economic growth, it continues to attract the attention of global players including a number of investors from China, who are eyeing major development projects in the country such as the much-touted gas-to-shore project.

This is according to the Chinese Ambassador to Guyana, Guo Haiyan, during a recent interview with Guyana Times. She noted that Guyana has great demand and great potential for development thus drawing Chinese investors and companies.

Interest in agriculture“The interests include energy and infrastructure. For example, the [State-owned] China National Offshore Oil Company – a partner of ExxonMobil [with a 25 per cent interest in the Stabroek Block, offshore Guyana] will make additional investments.”

“And some Chinese companies have participated in the bidding for the gas-to-energy project and some of companies are interested in infrastructure projects… The investment cooperation is contacted through the market and the companies will keep their negotiations confidential at the early stage so I don’t have all the information,” the Ambassador explained.

Only last month, Vice President Bharrat Bharrat disclosed during a press conference that nine companies have been pre-qualified for the construction of the natural gas-fired power plant and the natural gas liquids (NGL) plant components of the gas-to-shore project.

According to Jagdeo, the Request for Proposals (RFP) for the project is expected to be out by the end of May.

“A public process has been gone through. They have now pre-qualified, I think, nine companies to bid for the NGL facility and the gas power plant. We are working now, since the two have been combined because we believe that the synergy will save us, and therefore, it required a bit more work at preparing the Request for Proposal. We’re hoping by the end of May that Request for Proposal will go out to the nine pre-qualified companies,” the Vice President had stated.

The multimillion-dollar project will see the rich gas produced offshore Guyana being piped onshore to a facility at Wales, West Coast Demerara, where it will be processed at the NGL plant for local use as well as export. Additionally, the gas will be used at the power plant to generate cheaper and more reliable electricity to the national grid.

United States oil giant, ExxonMobil, has already indicated that it would be injecting some US$1.3 billion into the project and has already submitted its Environmental Impact Assessment (EIA) report to the Environmental Protection Agency (EPA) for approval.

Meanwhile, during the recent interview, Ambassador Guo pointed out that the Chinese investors have also expressed interest in Guyana’s vast agricultural sector. She stated that agri-relations between Guyana and China started many years ago and, now Chinese investors want to tap into the rapidly-growing sector.

“The conditions for agriculture development here in Guyana is quite good. I believe there is great potential for our cooperation in agriculture.”

In fact, the Chinese diplomat revealed that investors are looking to pursue a seafood processing project which will add value to the output of the country’s fishing industry.

“Right now, China imports some seafood – some frozen or dried seafoods – from Guyana, and as I know, it’s also encouraged by the Guyanese Government to do processing to develop some value-added industry here.”

“So, as I know, there are some private Chinese companies that are interested in seafood processing to help develop the value-added.”

Additionally, the Ambassador said the Chinese Government is also pursuing some training programmes for capacity building in a number of areas including and agriculture.

“The idea comes from our cooperation with the Ministry of Local Government [and Regional Development] because they want to help farmers in the hinterland to earn a living. So, we have two projects: one is mushroom growing, and the other is bamboo and rattan weaving.” 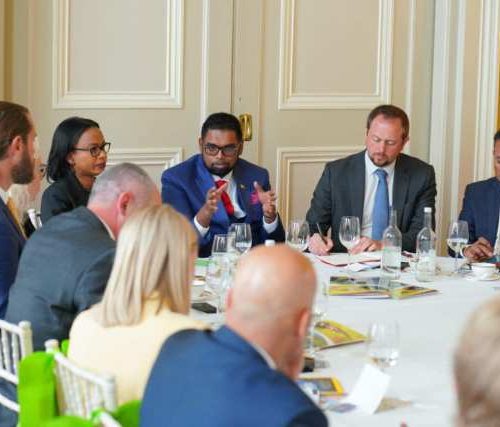 “For the mushroom, we have already organised a short course because there are already successful cases in over 100 countries by growing [mushrooms]. It’s a new technology to grow some kinds of mushrooms and some kinds of grass to help them earn some money,” she further explained.

Ambassador Guo added, however, that there still a lot of work left to do in terms of familiarising the local people in Guyana with types of mushrooms and adding it to their diets.

But even as more companies and investors eye opportunities in Guyana, the Chinese diplomat stressed that the embassy does not directly facilitate these potential investors. Instead, they merely would guide and introduce them to relevant stakeholders, officials or agencies here in Georgetown.

Moreover, she noted that while they encourage Chinese investors and companies to come here, they also highlight and underscore the necessary local laws and regulations that they would need to comply with to both fulfil their responsibility and to legitimatise their rights in Guyana.

“From time to time, there are Chinese companies that will come to the embassy or consult for more information. We will introduce them to relevant institutions here, for example, GO-Invest and the PSC (Private Sector Commission).”

With Guyana and China embarking on 50 years of diplomatic ties this year, Ambassador Guo went on to note that the two countries greatly complement each other’s economies in terms of providing opportunities.

“Actually, I believe China and Guyana are opportunists for each other because the two economies are highly complementary.”

“China is the second-largest economy in the world, with a vast market and advance practical technology. The Chinese Government encourage Chinese companies to seek collaboration opportunities with Guyana,” the diplomat posited.