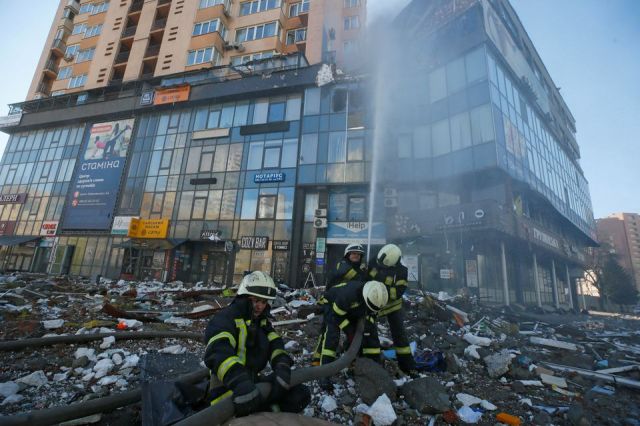 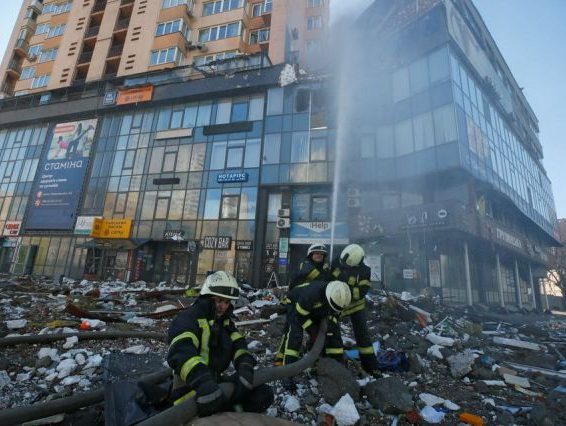 The Organisation of American States (OAS) on Thursday voted to adopt a resolution suspending Russia as a permanent observer to the inter-governmental institution over Moscow’s invasion of Ukraine.

This led to the Permanent Council approving the resolution titled: “Suspension of the Status of the Russian Federation as a Permanent Observer of the Organisation of American States”.

The resolution, which was adopted by the Permanent Council on Thursday, stated that the OAS, alarmed by the rising number of deaths and the increasing displacement of people and, also, by the destruction of civil infrastructure caused by the Russian Federation’s aggression against Ukraine and its ongoing war, resolved to “immediately suspend the status of the Russian Federation as a Permanent Observer to the Organisation of American States (OAS) as provided in resolution AG/RES. SO (I-0/71) and in accordance with resolution CP/RES. 407 (573/84) of this Council, until the Russian Government ceases its hostilities, withdraws all its military forces and equipment from Ukraine within its internationally-recognised borders and returns to a path of dialogue and diplomacy”.

According to the resolution, the Secretary General will notify the Russian Federation accordingly of the decision of the OAS Member States.

Meanwhile, on April 7, the United Nations General Assembly voted to adopt a resolution calling for Russia to be suspended from the Rights Council over allegations of “gross and systematic violations and abuses of human rights” as a result of its troops invading Ukraine.

While 93 Member States voted in favour of the resolution, some 28 countries voted against, and another 58 countries abstained, including Guyana. In fact, several Caribbean Community (Caricom) nations were among the abstentions.

President Dr Irfaan Ali subsequently told the local media that Guyana remained “very strong” against the war and Russia’s invasion of Ukraine. He reminded that Guyana had previously voted “yes” on many issues relating to this issue, but on that occasion, he explained, the country was awaiting the outcome of two sets of engagements – one at the UN level and the other at Caricom – before making a decision.

“We stand solidly with the rest of the world in condemning the war and in asking Russia to go back to diplomacy and in having this war brought to an end; that is without a doubt. This matter was discussed among heads,” Dr Ali detailed.

Meanwhile, the Human Rights Council (HRC) last month established a Commission of Inquiry which has a mandate to investigate all alleged rights’ violations and abuses and related crimes by the Russian military, and to make recommendations on accountability measures.

President Ali had told reporters, “Let me be very clear on this: 1) we are strongly in support of every action to bring this war to an end; and 2) we are against the invasion of Ukraine and the military action.”

The Irfaan Ali-led Guyana Government had joined global condemnation of Russia’s attack on Ukraine on February 24, and had called for an immediate ceasefire and peaceful resolution of differences between the two European neighbours. 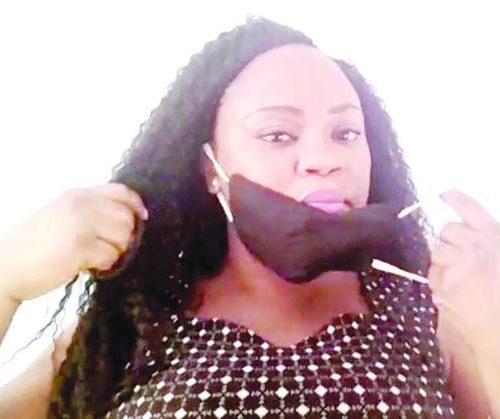 Woman to face jury next Monday over murder of partner

“Guyana is gravely concerned over the recent military intervention by Russia in violation of the territorial integrity and sovereignty of Ukraine, and calls for an immediate cessation of hostilities and a return to diplomacy,” a February 24 statement from Government had said.

According to the People’s Progressive Party/Civic (PPP/C) Administration, “Guyana deplores the threat or use of force in the conduct of international relations, and urges a peaceful resolution of the differences that currently exist, in consonance with the rule of international law and the provisions of the United Nations Charter.”

The missive went on to outline that the current military action in Ukraine was contrary to the principles of respect for territorial integrity, sovereignty, and non-interference in the internal affairs of another sovereign state.

“The aggression against Ukraine is a threat to the region and countries everywhere. Guyana supports the efforts of the United Nations Secretary General to bring a speedy resolution to the situation in Ukraine and cease the threat to international peace and security,” the Government had stated.

Guyana had further indicated that it has been consulting with its international partners on this matter.