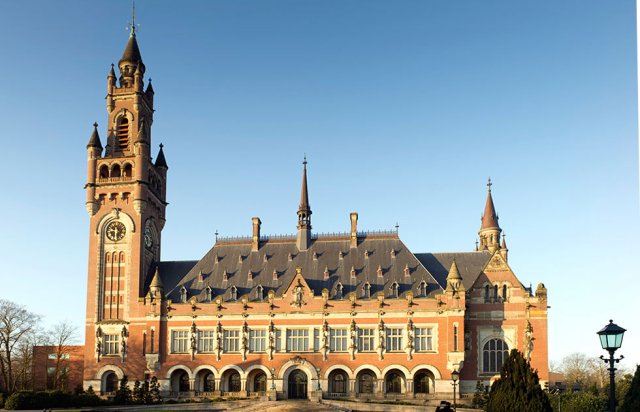 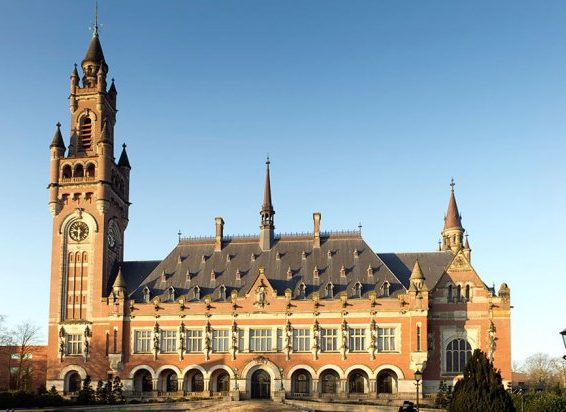 Guyana/Venezuela Border Controversy: ICJ to hear oral submissions on Nov 17 from both countries

The International Court of Justice (ICJ) will next month hear submissions from both Guyana and Venezuela on the latter nation’s objections to the border controversy case, in which Guyana is seeking a final and binding judgment to ascertain its territorial boundaries.

Having refused to join the proceedings before the World Court since 2018, Venezuela have finally participated in the case earlier this year, filing objections that have delayed the substantive hearing. Venezuela have submitted Preliminary Objections to the admissibility of the border case before the ICJ in June, claiming that the case is improperly before the court, and that such a case should not have been brought by Guyana, but by the United Kingdom – the then Great Britain, which had signed the 1899 Arbitral Award with Venezuela to demarcate Guyana’s boundaries. Guyana had been one of Britain’s colonies; it was known as British Guiana at the time.

In light of Venezuela’s objections, the World Court has invited both Guyana and Venezuela to make submissions on those issues raised by the Spanish-speaking nation. This is after Guyana had already filed written submissions on Venezuela’s complaint.

According to Guyana’s Agent on the border controversy case, Carl Greenidge, those hearings have been set for the period November 17 to 22, 2022.

“The oral presentations will allow the court to hear Venezuela’s objections to the memorial [filed by Guyana] – to the sense that the memorial is improperly before the court – and that is what it will be about,” Greenidge explained during a recent appearance on the Globespan 24×7 programme.

Calling Venezuela’s objection frivolous, the Agent is hoping that the ICJ determines this matter at the earliest time possible.

Already, the Guyana Government has described this move by Venezuela as a bid to delay the substantive hearing of the border controversy case, in which Guyana is seeking a final and binding judgment to reinforce that the 1899 Arbitral Award remains valid and binding on all parties, as well as legal affirmation that Guyana’s Essequibo region, which contains much of the country’s natural resources, belongs to Guyana and not Venezuela.

Venezuela is laying claims to more than two-thirds of Guyana’s landmass, which is Essequibo, and is also claiming a portion of Guyana’s exclusive economic zone (EEZ), in which almost 11 billion barrels of oil have been discovered over the past seven years, and in which oil production activities are ongoing.

Guyana moved to the World Court after exhausting all means of negotiation with Venezuela, and the good office process between the two South American neighbours had failed. The Spanish-speaking nation had initially refused to participate in the proceedings, and had even challenged the court’s jurisdiction to hear the matter; but on December 18, 2020, the ICJ established that it has jurisdiction to hear the substantive case – something which Venezuela did not accept.

Back in March of this year, Guyana had submitted its written arguments for its memorial to the ICJ, which was a requirement by the court following its December 2020 decision that it has the jurisdiction to hear the case against Venezuela.

Venezuela was given a one-year period by the ICJ to submit its own written arguments and respond to Guyana’s memorial by March 2023.

According to Greenidge, once this issue of Venezuela’s objection is dealt with, the hearing of the substantive case would resume. 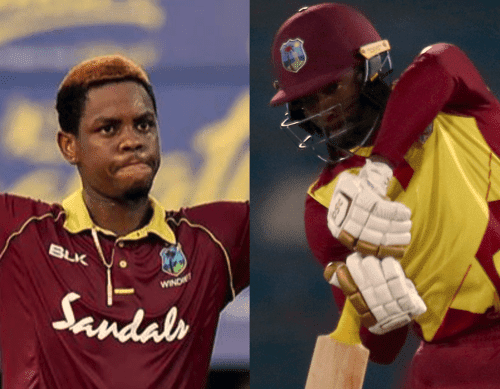 “Venezuela’s intent in (those good offices) engagements is to convert the process into a process that runs into infinity – the matter is not to be solved… But now that you move to a process where there has to be a definitive decision, and deadlines have been set… the court can’t take forever to give an answer. Now it’s important that they divert, or waste as much as they can, so that’s the process that they’ve embarked on,” the former Guyanese Foreign Affairs Minister posited.

Back in September 2022, at the United Nations General Assembly, President Dr Irfaan Ali had reiterated Guyana’s commitment to a peaceful resolution of the border controversy. However, this had caused some unease in Caracas, and the Nicolas Maduro-led regime had issued a statement on September 30 in which were repeated many of their spurious claims regarding the border controversy. In response, Guyana’s Ministry of Foreign Affairs stood behind President Ali’s words, and reiterated that the judicial settlement route to settle the controversy was determined by the Secretary-General himself.

Meanwhile, earlier this month, there was a widespread campaign on social media, with many Government officials and other stakeholders sharing a map of Guyana to declare that everything within the country’s border is “we own”.

Further, the Foreign Affairs Ministry had reached out to major platforms such as Facebook and Twitter, requesting that they remove posts made by a number of Spanish-language social media accounts, claiming Guyana’s territory by publishing illegal maps.

Moreover, Guyana continues to receive the support of various countries and organisations for the judicial settlement of the border controversy case. These include the Caribbean Community (CARICOM) and The Commonwealth, as well as the United States.In fact, only three weeks ago, the US Assistant Secretary of State for Western Hemisphere Affairs, Ambassador Brian A. Nichols, reaffirmed his country’s support for a peaceful resolution of the controversy between Guyana and Venezuela.

“The 1899 arbitral award determined the land boundary between Guyana and Venezuela, and should be respected unless or until otherwise determined by a competent legal body. The US supports a peaceful resolution to this issue,” the State Department official had posted on his official Twitter account.