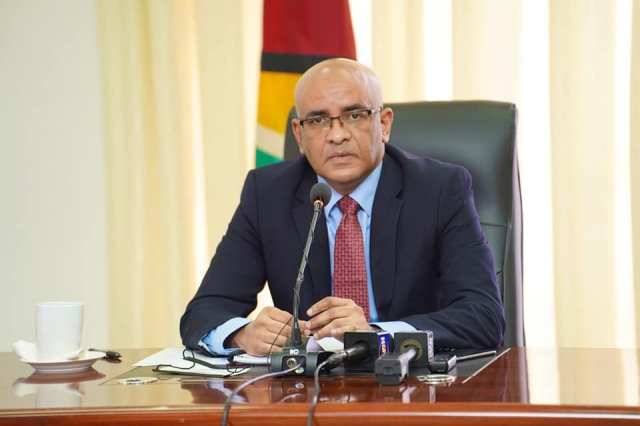 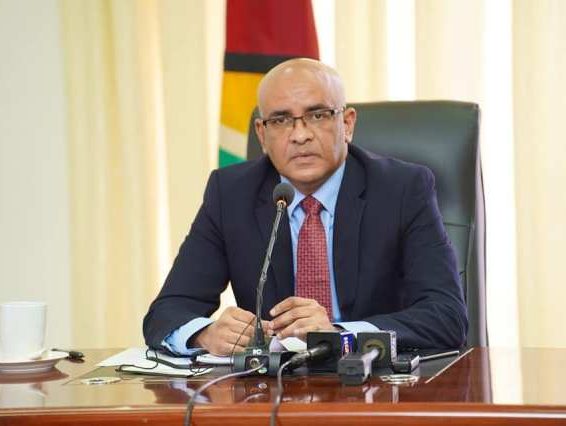 As the Guyana Government moves to start auctioning off oil blocks next year, Vice President Dr Bharrat Jagdeo has announced that the PPP/C administration will be enforcing the ‘relinquishment clause’ in existing oil contracts.

“We’re hoping that latest, next year third, quarter, that we will be able to auction the new blocks. That requires us now to aggressively enforce the relinquishing provisions in all of the contracts so that, added to the existing pool of areas available, we will have now the relinquished areas which can then form part of the auction that will take place,” Jagdeo revealed during a press conference today.

Earlier this year, President Dr Irfaan Ali said his Government will contemplate retaining some of the oil blocks offshore Guyana to be managed locally.

“Discussions are still ongoing. It calls for a lot of technical analysis on whether Guyana itself will retain some of those blocks for our own development and to manage by ourselves. But that is very preliminary,” Ali had explained during a news conference in April.

At the time, the Head of State had affirmed that when it comes to granting of the new oil blocks offshore Guyana, that process will have to be an open and public one.

“We have made it very clear that the process in awarding new oil blocks will be very much different. It will be an open, public process, and when we get to that stage, it will be a public, open bidding process. We will be looking for the best offer in an open public bid,” Ali stressed.

Currently, United States oil major ExxonMobil has operating stakes in the three oil blocks offshore Guyana, where exploration activities, and in one case production, are ongoing.
Exxon’s affiliate, Esso Exploration and Production Guyana Limited (EEPGL), is the operator of the 6.6 million acres (26,800 square kilometres) Stabroek Block, and holds a 45 per cent interest.

The Kaieteur Block, which spans 13,500 km2 and holds a gross estimated prospective resource of 2.1 billion barrels of oil, is being operated by Exxon’s local subsidiary EEPGL (35%); and Cataleya Energy Ltd. (25%), Ratio Guyana Ltd. (25%) and Hess Guyana (15%) are its partners.

Man arrested for raping girl in 2016

Meanwhile, the joint venture partners in the Orinduik Block, which is operated by British-owned Tullow Guyana B.V. (60%), renewed their block licence last month, with some changes in the Petroleum Agreement.

With these changes, the joint venture partners on the Orinduik Petroleum Agreement are Tullow Guyana with its 60 per cent working interest, Eco Atlantic with 15 per cent WI and TOQAP with 25 per cent WI.

The entry of Qatar into Guyana’s offshore blocks is reflective of the mounting interest by several other major players in the global petroleum industry in scooping up oil blocks offshore Guyana.