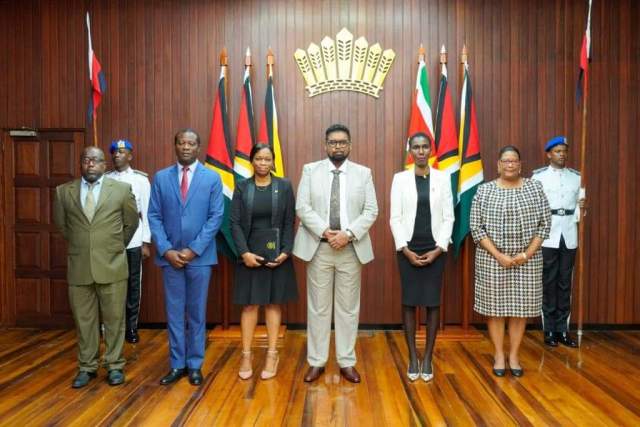 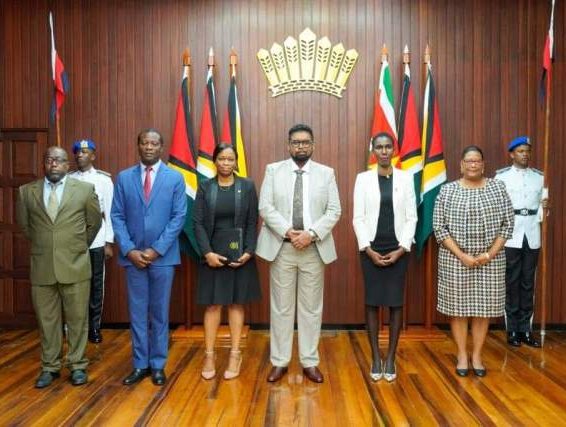 Guyana on Tuesday accepted a new Ambassador from the Republic of Suriname, Liselle Blankendal when she presented her letters of credence to President Dr Irfaan Ali at the Office of the President.

Guyana and Suriname established bilateral relations in 1975 and have many bilateral ties, including shared infrastructure projects. In his address on the occasion, President Ali hailed this partnership and also pledged his support to the Ambassador in the furtherance of her duties.

“Excellency, your appointment has come at a pivotal and exciting phase in the relations between our two States. Having served in Georgetown, you have the distinct advantage of better appreciating Guyana’s national development agenda and our countries’ shared interest.

“I’m confident that your appointment will provide greater impetus in relations between Guyana and Suriname and will serve to further advance the cooperation agenda that President [Chandrikapersad] Santokhi and I have agreed on,” he said.

Speaking to the strength of Guyana and Suriname’s bilateral ties, which he said have improved since himself and Surinamese President Santokhi took office, President Ali noted that both countries have a key role to play in crafting the Caribbean Community (Caricom) energy policy, which includes the area of renewable energy.

He also referenced the plans for the bridge across the Corentyne River, which he said would greatly enhance trade and economic activity, while cementing cultural ties between the two countries.

“I look forward to partnering with Suriname to pursue initiatives and projects aimed at protecting the environment, mitigating the adverse effects of climate change, and protecting our biodiversity.”

When it comes to the multilateral arena, President Ali noted the importance of both countries collaborating on making their concerns known about climate change and COVID-19 pandemic recovery.

Meanwhile, Ambassador Blankendal, in her statement, spoke of the shared interests between the two countries, from the Corentyne bridge to their common need to collaborate on issues like climate change, food security, and oil and gas.

“As the oil and gas sector is emerging in both our countries, we must ensure that this is carried out in an environmentally-responsible and sustainable manner, beneficial to the people of both countries in order to achieve sustained growth and development. 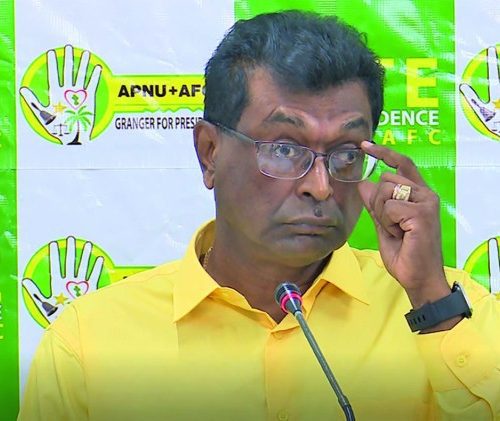 “We have the same goal and commitment to our current and future generations and have agreed to work together. Both Suriname and Guyana are moving in their development towards a sustainable economy that will make the transition from carbon-based energy to green energy,” the Ambassador said.

She also referred to the Guyana-Suriname Private Sector Business Council, which was recently established. According to Ambassador Blankendal, the Council is expected to strengthen economic ties and shared interests between the countries.

Last month, in an effort to deepen trade and bilateral relations, Guyana and Suriname had formally established the 10-member Private Sector Business Council that will be focused on the strengthening of economic ties and initiatives regarding shared interests and the creation of the envisioned Single Market and Economy.

The objectives of the Business Council were shared with Surinamese President Santokhi, during a courtesy visit by the newly-established Council on March 16, in Paramaribo, Suriname.