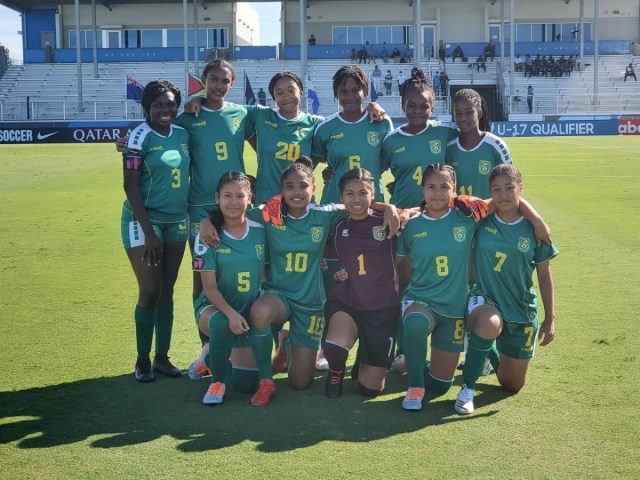 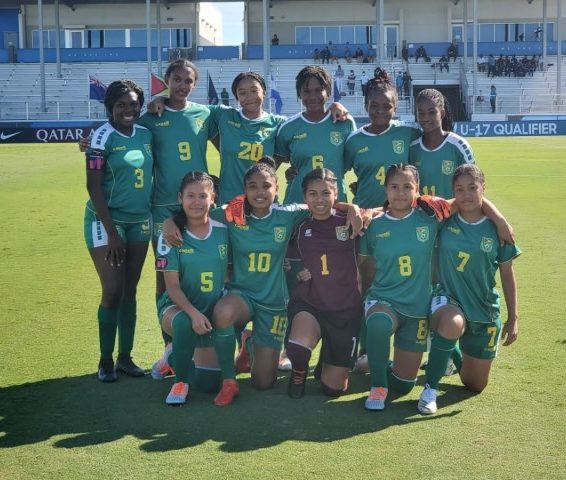 Guyana’s female Under 17 Football team moments ago qualified for the CONCACAF 2022 Under 17 Championships, at the IMG Academy, Florida, USA.

Guyana sealed their U17 Championships berth following a 6-0 victory of the Turks and Caicos girls, in their final group game of the Under 17 Qualifiers.

Following a missed penalty kick, the Guyanese girls quickly got their act together, with Anaya Willabus opening the scoring in the 21st minute. Sandra Johnson joined the party in the 30th, while Willabus completed her brace in the 38th, as Guyana finished the half with a 3-0 score.

Jalade Trim opened the second segment with a strike of her own, in the 47th and followed up with another goal in the 53rd, to push Guyana to 5-0. A weakened Turks and Caicos were a bit tighter as the game elapsed, but Johnson took advantage of the opponent’s deficit to net one last goal in the 82nd.

Prior to their encounter with Turks and Caicos, Guyana enjoyed a 1-0 victory over Anguilla in their opening match last Thursday, but suffered a 6-0 defeat at the hands of Group winners Honduras on Saturday.

As the rules of the Qualifiers go, the top teams from the three groups have automatically advanced to the CONCACAF U17 Women’s Championships, while the best second place team will also advance, following the calculation of points.

Persons now have until December 15 to collect and encash $25,000 one-off cash grants

With two wins against their three opponents, the Guyanese Under 17 Girls have finished as the best second place team in the Qualification tournament, thus booking a spot in the Championships. Aside from Group C winners Honduras and Guyana, Curacao (Group B) and St Kitts and Nevis (Group A) are the other qualifiers.

The CONCACAF Women’s U17 championships are scheduled for January 2022. The top three finishers in that tournament will automatically seal their spot in the FIFA Women’s U17 World Cup, which is set for October 11-30, 2022 in India.